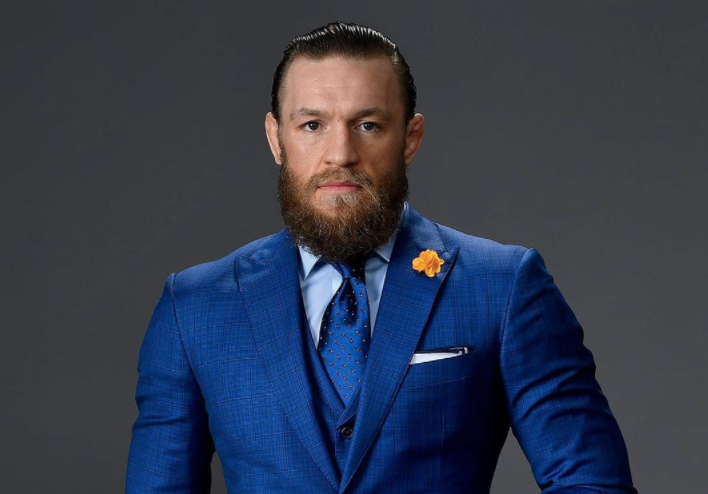 Conor McGregor (born on 14th July 1988) is a professional mixed martial artist as well as a boxer from Ireland. He is a former Ultimate Fighting Championship (UFC) featherweight and lightweight double-champion. His first MMA match was held with Gary Morris on March 8, 2008, at Dublin, Ireland where he won by a Technical Knock Out (TKO) by 1-0 in a 2-round match. The event was named "Cage of Truth 2." He then shifted his focus to UFC (Ultimate Fighting Championship) and started boxing in 2017. He is also the former Cage Warriors featherweight and lightweight champion. As of 19 July 2021, he is No. 9 in the UFC lightweight rankings. In his debut professional boxing match, he was defeated by Floyd Mayweather Jr. He was ranked as the world's highest-paid athlete by Forbes in 2021, earning a reported $180 million. In his youth, he used to actively play football. He played football for Lourdes Celtic Football Club. At that time, he actually thought of becoming a professional football player. Conor is a brown belt in Brazilian Jiu-Jitsu. He was the 2015 Fighter of the Year as per Bleacher Report. President of the mixed martial arts organization Ultimate Fighting Championship, Dana White signed Conor without even seeing him fight. Recently, he faced Dustin Poirier for a third time on 10th July 2021 at UFC 264 in which he lost the fight via technical knockout in round one after the ringside doctor stopped the bout. McGregor had a broken tibia, which rendered him unable to continue. He is nicknamed 'Notorious'. He is known mostly as a striker and prefers to fight standing up, as opposed to on the ground. Here are the 10 things you didn't know about Conor McGregor.

1. Conor McGregor is the first Irish man to join the UFC Champion 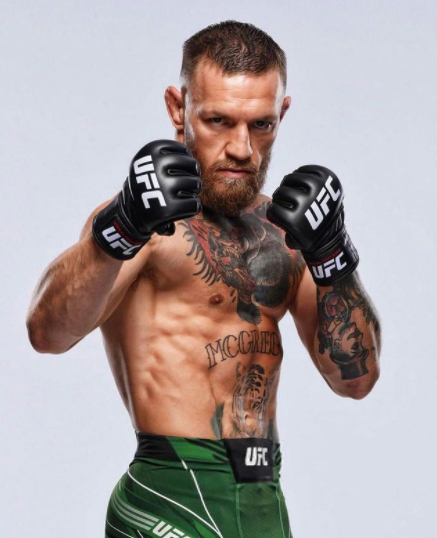 Everything That You Need To Know About Conor McGregor

Like so many other fighters, Conor was often bullied before becoming the most devastating knockout artist in the UFC. Growing up he was often the target of bullies on his way to and from school. It was bullying that drove him to learn how to defend himself. He then started taking up martial arts and boxing, and has since then, he never looked back. Now, he gives back by giving speeches at schools about his experiences with bullying. Today, McGregor is an advocate for anti-bullying campaigns.

3. He can predict the future

Conor McGregor is so confident that he just believes 100% deep down in what he says. It is through his great confidence, and his impeccable set of fighting skills, that he is able to defeat his opponents, seemingly predicting the future. It all started when Conor McGregor sat down for an interview at just 18 years old and predicted with unshakable confidence that he would fight in the UFC. "I am a professional fighter with a record of 4-1. I am an up and coming fighter and without a doubt you will see me in the UFC in the near future. Without a doubt." He knew he was the future of MMA.

4. He is a trained plumber

Prior to his fighting career, Conor trained as a plumber in Dublin. He spent up to 12 hours a day repairing pipes and toilets during his apprenticeship. He revealed: "I woke up at 5 a.m. and walked in the dark, freezing cold until I reached the freeway, waiting for a man I didn’t even know to take me to the location. I know there are passionate, skilled plumbers out there. But I had no love for plumbing." Shortly after he made his MMA debut, he told his father that he was going to quit his job, a decision his father did not support.

5. He wanted to become a soccer player

Before his MMA career, he was a hardcore Manchester United fan and wanted to become a soccer player at one point. As per the report, Conor dreamed about becoming a professional soccer player when he was younger.

Back in 2011, Conor McGregor won the fight against Patrick Doherty. It took him only 4 seconds to land two devastating punches and knock his opponent out. Taking place at Immortal Championship 4 in Letterkenny, Ireland, Conor threw down with Paddy Doherty in the co-main event. Taking to Twitter, McGregor recently shared a clip on his win with the tweet: "Wow! I just beat this time in selling out the T-mobile arena! 20.800 fans jam-packed! Sold out in seconds! On the 10year anniversary of my fastest one-punch KO in professional Mixed Martial Arts!" "Still one of the fastest in Professional Mixed Martial Arts history. 3.5 seconds".

McGregor idolized Ali as a child thinking of him as a role model and as a perfect career path. He even paid tribute to the boxing champion when he appeared on the cover of the UFC magazine in the same pose as Muhammad Ali took in his cover of Sports Illustrated. Furthermore, UFC CEO Lorenzo Fertitta has nicknamed the interim champion "The Irish Muhammad Ali" due to his fighting and trash-talking skills. 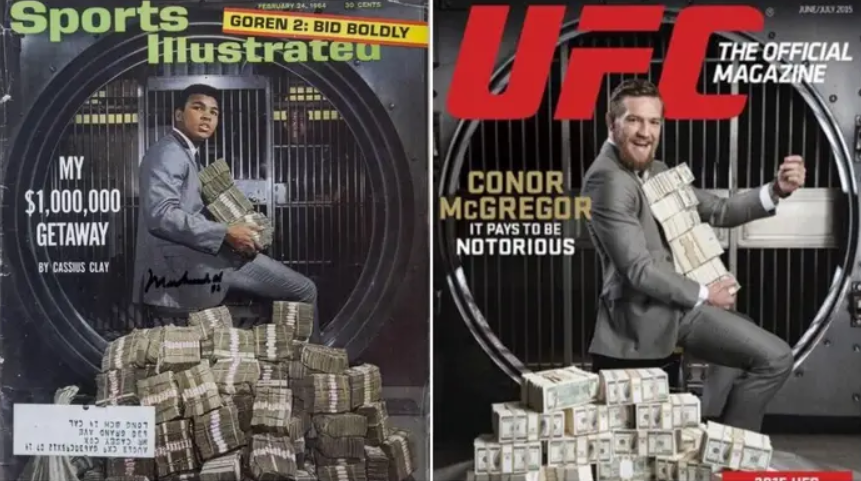 He repeatedly engages in trash talk and "psychological warfare" against his opponents, which has led to comparisons with Muhammad Ali, whom McGregor cites as one of his early inspirations. McGregor doesn't feel completely worthy of that comparison. "For me, Muhammad Ali is a special individual," McGregor said on ESPN's SportsCenter on Tuesday. "He is out on his own and I cannot lay claim to something like that. He changed the cultural landscape of the world. So, Muhammad Ali is a special human being. For people to say that, I am honored. But Ali is a special, special man. I am on my own journey and doing what I do best."

8. He made his first professional boxing match against Mayweather

On 14th June 2017, it was announced that McGregor would compete in his first professional boxing match against the undefeated Floyd Mayweather Jr., on 26th August 2017 at T-Mobile Arena in Paradise, Nevada. The fight was broadcast on Showtime PPV in the US and Sky Sports Box Office in the UK. The bout was contested at super welterweight (154 pounds) with 8 oz. gloves. The fight was expected to be the richest in boxing history. It was announced that Mayweather and McGregor would compete for the WBC Money Belt. According to the Nevada State Athletic Commission, Mayweather would earn a guaranteed purse of $100 million and McGregor was guaranteed $30 million. The match resulted in Mayweather winning via TKO in the 10th round with the scorecards read 87–83, 89–82, and 89–81, all in favor of Mayweather. Given the success in pay-per-views, Mayweather reportedly earned around $280 million overall, while McGregor came out with earning $130 million. 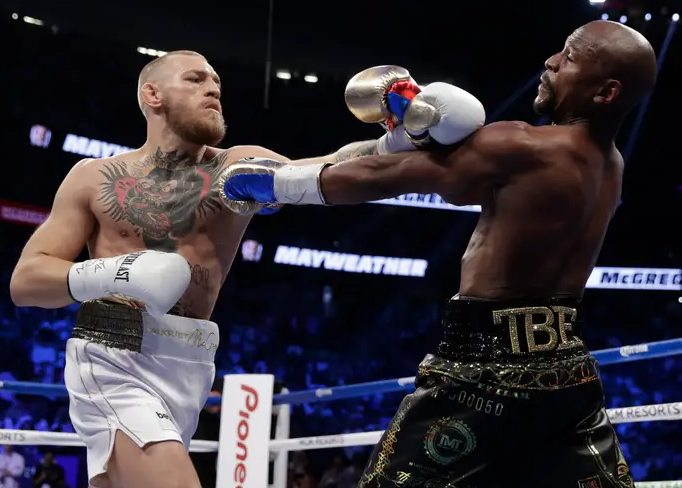 In the Cage Warriors Fighting Championship 47 in 2013, McGregor won against Dave Hill, winning the featherweight belt. Further, he won the CWFC lightweight belt in his very next fight. So in one year, Conor held two belts for two different weight divisions. He then gave up both belts to pursue his career in the UFC. 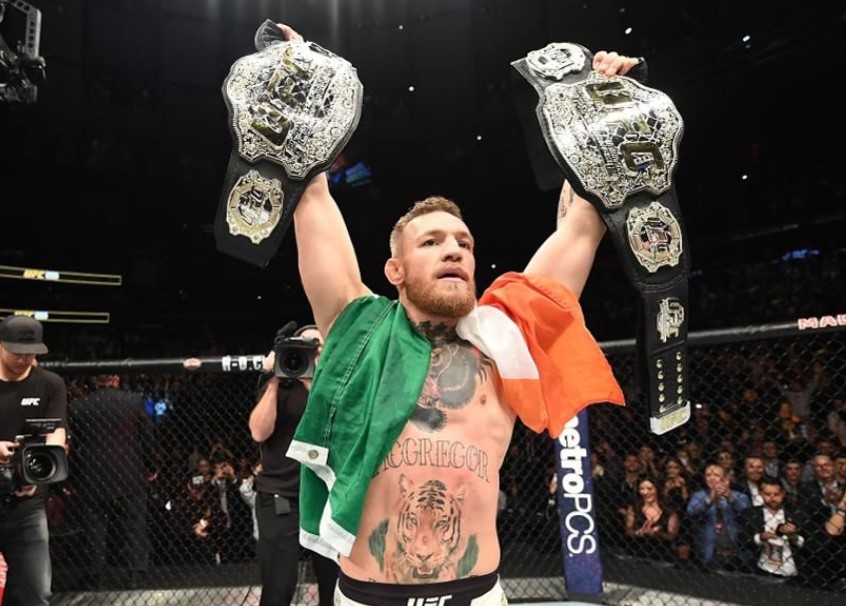 10. He relied on social welfare

Before becoming one of the highest-paid people in sports, Conor had to rely on social welfare to help him follow his fighting dreams. He had to pick up a $235 welfare cheque before his UFC debut. That night, during the ‘Knockout of the Night’ fight, when Marcus Brimage defeated him in the first round, he made an incredible $60,000. Since then, many of his fights have earned him a paycheck with even more zeros. Going from the welfare line to a likely $100 million payday in a matter of years is an amazing and inspiring story that has earned McGregor fans around the world.

Markus Crane Cause Of Death: What happened to Independent Wrestler, Markus Crane?