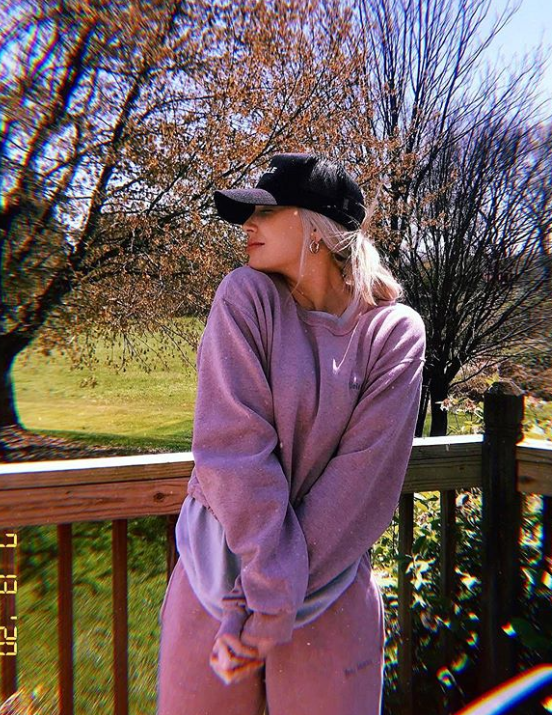 Alexandra Cooper is an American blogger, vlogger, and podcaster, who is best known as the co-host of a trending podcast titled "Call Her Daddy" alongside her former host and once best friend, Sofia Franklyn. The relationship between the ex-best friend Cooper and Franklyn made headlines with their dispute regarding the "Call Her Daddy" podcast in May 2020, that ended up with biter feud between them.

Who is Alexandra Cooper? Biography and Relationship

Here, Everything you need to know about Alexandra cooper

Born on August 21, 1994, beautiful blogger and podcaster, Alexandra Cooper actually hails from Newtown, Pennsylvania though she seems like a native girl from New York. She grew up in her hometown where she attended Pennington High School before moving out to join Boston University.

After developing an interest in the media/entertainment world, she left for New York to pursue a career in the field.

2. Actually a Competitive and a Division 1 Athlete

Alexandra Cooper used to be a very competitive athlete that she even obtained a scholarship to Boston University for her skills on the soccer field. Being born as the daughter of a hockey player father, Bryan Cooper, Alexandra had an interest in sports since her childhood that she grew up playing several sports especially the soccer game. 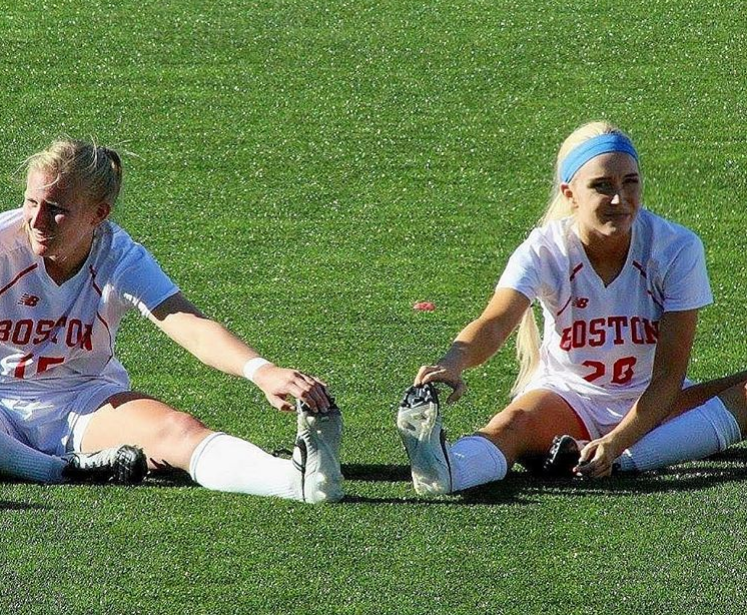 During her time at the school, Cooper was even the player for their division 1 women’s soccer team and served as co-captain as a senior as well. She led the team to four MCT Championships and won the Prep-A title all four seasons. She also earned All-Prep First Team and All-area First Team honors as a junior and a senior.

Cooper made headlines in April 2017 after she was spotted together with Noah Syndergaard at the Knicks’ April 4, 2017, game against the Chicago Bulls where they were also spotted kissing each other. With that one incident, she began to appear all over the Internet, as people were keen to know everything about the woman whom Syndergaard was hanging around. 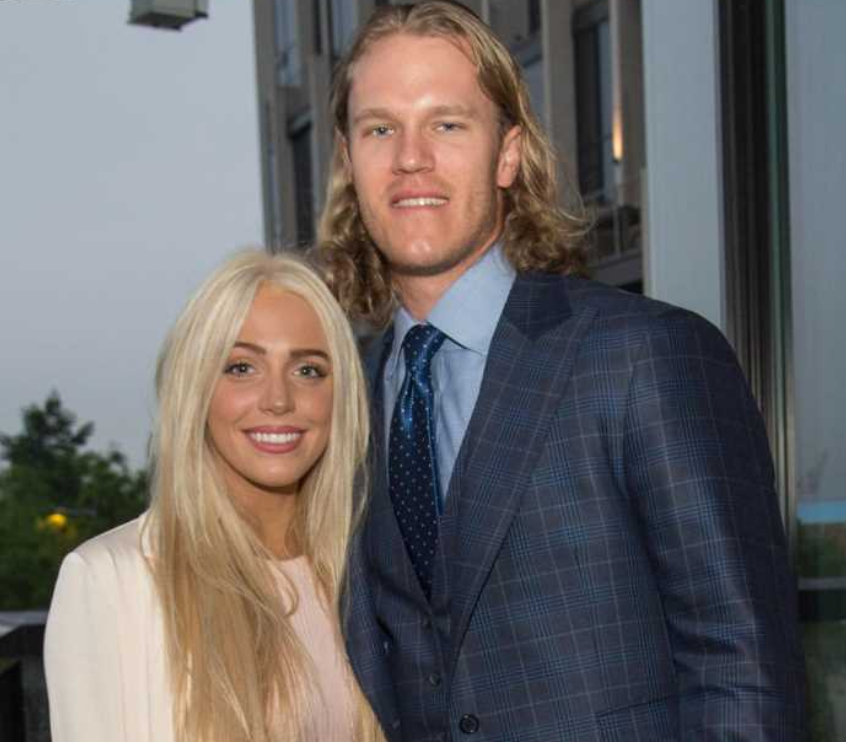 Syndergaard is a starting pitcher for the New York Mets with whom Cooper began dating since 2017. They quickly became a fixture at events, but after about a year of on/off-again dating, they decided to go their separate ways. However, in 2020, Cooper revealed about being back together with her ex which she didn't mention.

Cooper first worked as a stage manager at Comcast in Hartford in January 2013 before she got a successful career landing a job at Barstool Sports, as a podcaster. She then began working as a production assistant at NBC Sports in Princeton, New Jersey in December 2013 which she continued till January 2014.

In May 2015, she also worked in the events and conferences office at Boston University, till August 2015. Cooper actually got her initial recognition as an on-air studio anchor with Dirty Water Media in 2016.

5. Came Up With the Idea of "Call Her Daddy" While Partying

Cooper began her career as a podcaster of "Call Her Daddy" alongside her former co-host, Sofia Franklyn in 2018 after signing a three-year contract with Barstool Sports. The duo came up with the idea about sex education in the bar where they partied together and discussed it.

Alexandra and Sofia then framed an idea to form a podcast of their discussion and soon began to start their popular podcast and gave the title "Call Her Daddy".

6. Controversy with Once Her Best Friend Sofia Franklyn

Currently, "Call Her Daddy" is hosted by Cooper only after Sofia Frankly, who was once her best friend left the podcast claiming that Cooper had backfired her not for once but several times. Frankly was disappointed with the fact that she was betrayed by Copper, as she was demanding to control the show by herself only which was before handled by both of them 50-50.

In a response to which, on May 22, 2020, Cooper spoke about the dispute uploading a YouTube video titled "The truth about Call Her Daddy" updating the Daddy Gang on the situation and providing her side of the story. She claimed and accused Franklyn's boyfriend, Peter Nelson for advising both the girls to sign a new contract despite an existing contract. 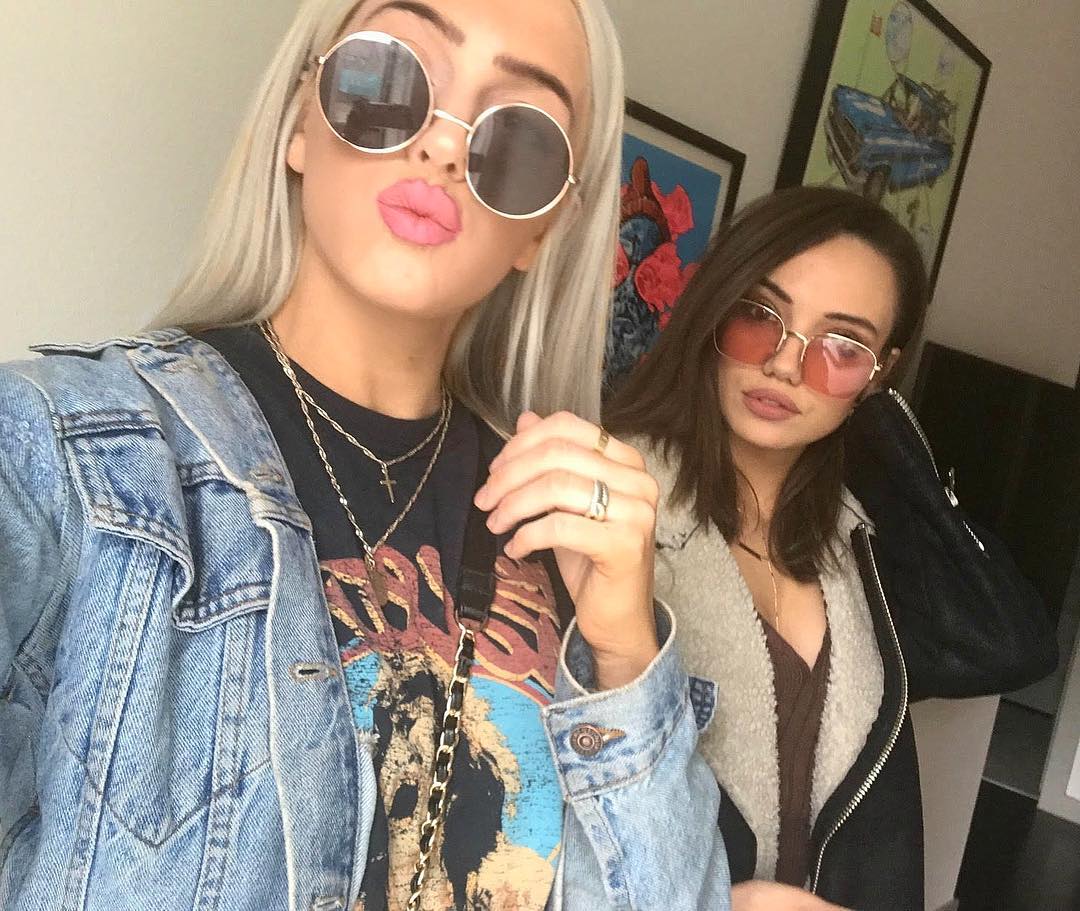 Before landing a media job at Barstool Sports, she had a career as a vlogger as she even had created an eponymous channel on YouTube that started in 2016. She had already garnered over 65k subscribes and her total views had counted over 2.8 million at the time when she began a career as a podcaster.

8. Majored in Film and Television

Cooper is not only a podcaster but also a well-educated personality. Having an interest in the media world, Cooper thought it would be better to get a degree before starting a career and thus got graduated from Boston University earning a major degree in film and television. She got admitted to the university on a sports scholarship.

Alexandra Cooper is a gorgeous blonde lady in her mid-20s as of 2020 with a perfectly maintained hour-glass body physique. With her frank-speaking personality and jaw-dropping body shape, Cooper has managed to win several hearts all around the world.

10. Managed to Amass a Million Worth

Having started her career since 2013, and as a known personality since 2018, Cooper has undoubtedly managed to amass a healthy fortune from her several podcasts, blogs, and also from social sites.

Her net worth is estimated to be around $1.5 million including all of her sources, salary from the podcast, and social sites. With her million worth fortune, she has managed to live a lavish lifestyle.