10 Things You May Not Know About Tom Selleck 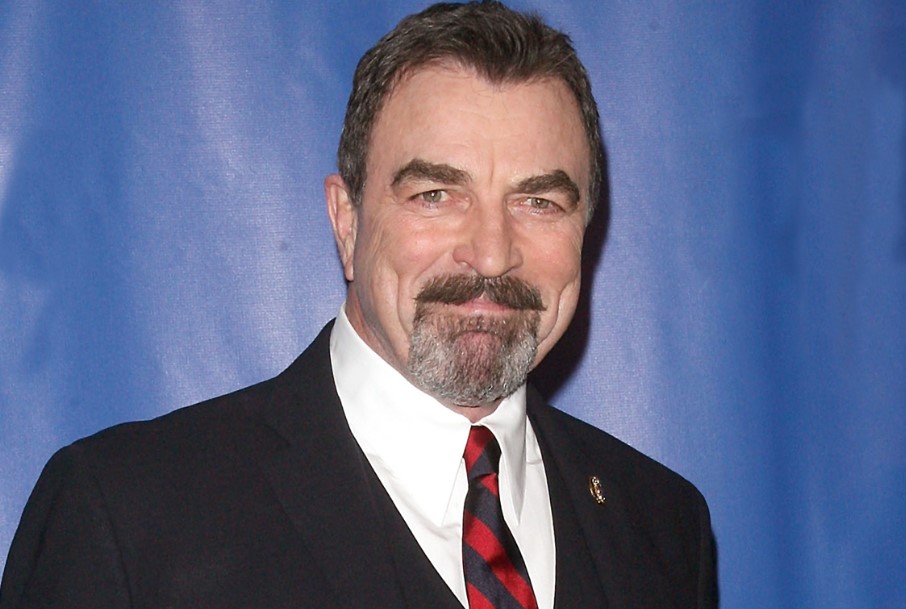 Tom Selleck is an American actor, film producer, and screenwriter, known for his starring role in the long run television show as private investigator Thomas Magnum in the television series MagnumP.I. (1980-1988). Others may know him as Dr. Richard Bruke on Friends, as Peter Mitchell on Three Men and a Baby or more recently as Commissioner Frank Reagan on the TV series Blue Bloods. He has appeared in more than 50 TV series and movies including Mr. Baseball, Lassiter,  In & Out, 3 Man and a Baby, Blue Bloods. Also, Selleck was famous for his mustache, Detroit Tigers baseball cap, Hawaiian shirts, hairy chest, towering height.

1. A native of Detroit, Michigan

Tom Selleck (Thomas William Selleck) was born in Detroit, Michigan, the USA on January 29, 1945. He was born to father, Robert Selleck Sr. and mother, Martha Jagger Selleck. His nationality is American and ethnicity is white. He has three siblings, two brothers; Robert Selleck Jr. and Daniel Selleck, and a sister; Martha Selleck. He is the second of four children. He is an Aquarius and his religion is Christianity.

Everything to know about Tom Selleck 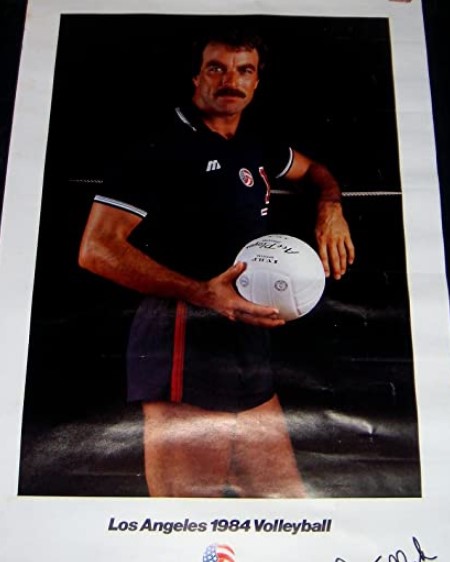 2. He is a talented volleyball player

Tom Selleck is a skilled indoor and beach volleyball player. His 6 feet 4 inches height made him a great volleyball player. After high school graduation, he earned a basketball scholarship to attended the University of Southern California where he majored in Business Administration. Selleck also played baseball. He was once a minority owner of his favorite baseball team, The Detroit Tigers since childhood.

3. Was not the first choice for Magnum P.I.

Besides Tom Selleck, It is hard to imagine anyone playing Magnum. But he was not producers' first choice for the lead role in Magnum P.I. (1980). Kevin Dobson was offered the chance for a lead role on Magnum P.I. but unfortunately, he turned it down. Finally, the role had given to Tom Selleck. 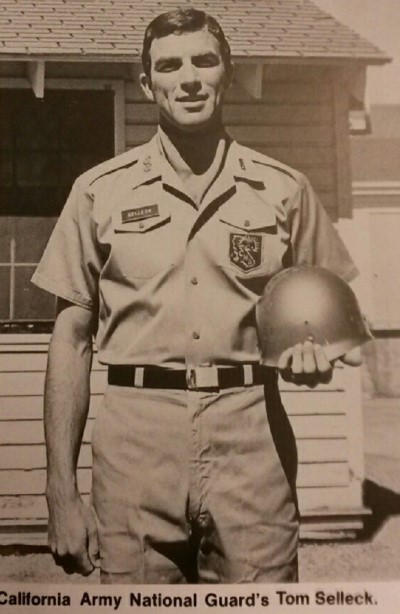 4. He served in the Military

5. His partner in real life

Tom Selleck is spending happily married life to his wife, Jillie Joan Mack. In 1983, Tom Selleck was filming the world war-II set for the film Lassiter in London, he met and began courting Jillie Joan Mack who played Rumpleteazer. Then, the two get married in 1987. The couple has one daughter, Hanah Margaret Mack Selleck. Selleck was previously married to model Jacqueline Ray from 1970-1982. During that time, he adopted her son Kevin Selleck. He also dated actress Mimi Rogers for a short time in the early 1980s. 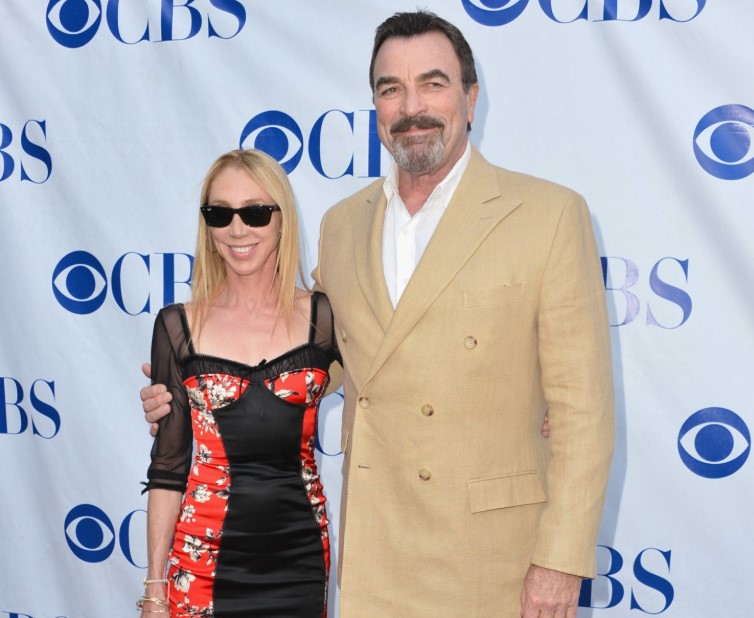 Tom Selleck is independent. He has shown it by making benefaction to Democrats, Republicans, and the Reform party members. Selleck has defined his political affiliation as a registered independent with a lot of Libertarian Leanings. He officially endorsed Republican presidential hopeful John McCain in the 2008 presidential election. Tom Selleck is also a long time member of the National Rifle Association. He was considered as the next president of the National Rifle Association following the retirement of his friend Charlton Heston in 2003.

7. Once, he joined The Detroit Tigers

Tom Selleck joined The Detroit Tigers in 1992 for spring training while he was preparing for Mr. Baseball (1992), because wanted to be a true power hitter. So, he arranged to join the club. He actually took an at-bat against The Cincinnati Reeds, facing reeds, pitcher Tim Layana. Selleck ended up striking out after fouling away half dozen pitches.

Tom Selleck began his acting career making his first Television debut at age 20 on ABC's "The Dating Game" in 1965. Later, he began to get offers to play TV serials, Miniseries, and movies. He also endorsed companies like Close-up, Pepsi cola, Right guard, Marlboro cigarettes, etc. Thereafter, he appeared in such movies; The Sacketts, The Shadow Rider, Concrete Cowboys, etc. His breakthrough role was playing private investigator Thomas Magnum in the Television series 'Magnum P.I.'. Appearing in 163 episodes, he defined his character with his signature mustache, Hawaiian t-shirts, red Ferrari, Detroit Tigers cap, and a caliber pistol. 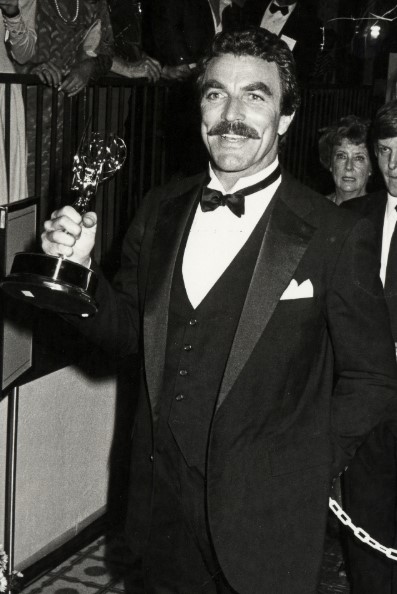 9. He won an Emmy and a Golden Globe Awards for "Magnum P.I."

10. His Broadway debut in "A Thousand Clown" 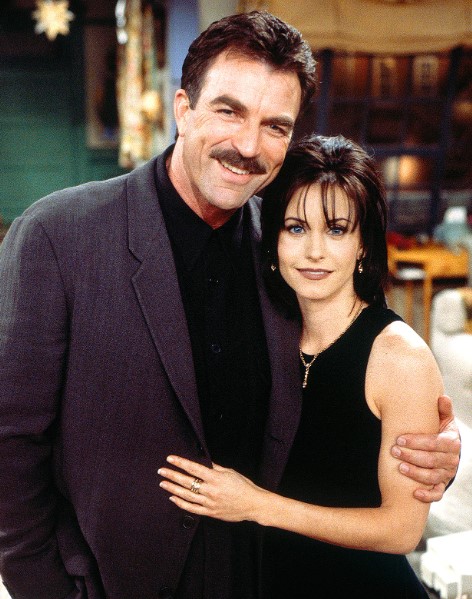 11. His Appearance on friends

Tom Selleck portrayed Dr. Richard Burke on F.R.I.E.N.D.S. He played recurring role of Dr. Richard Burke as Monica Geller's love interest. Richard Burke was an ophthalmologist who was an old family friend and twenty-one years older than Monica. They had a very close and deep relationship. Later, they brook up because he didn't want to have children. This role nominated him an Emmy Award in 2000 for Outstanding Guest Actor in a comedy series. Selleck appeared in season 2, season 3, and season 6 of F.R.I.E.N.D.S.