Who Is Doja Cat's Mom? 5 Things you need to know about Deborah Elizabeth Sawyer 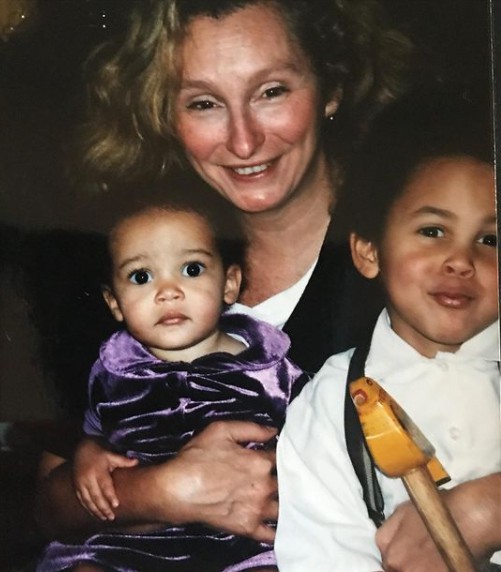 The world-renowned pop star, Doja Cat known for her hit songs, "Say So", "So High", "Kiss Me More", "Woman", has made news on multiple occasions, but it now appears that the woman who gave birth to her, her mother, is stealing part of her limelight. Her trendy songs captured the heart of millions of people worldwide, all thanks to her second album, "Hot Pink"(2019), Doja got immense popularity gaining her international fame garnering 15 million followers on her verified Instagram: @dojacat.

You might be astonished to learn that the pop star queen, 25 years old Doja's biggest influence was her mother, Deborah Elizabeth Sawyer, as she has always credited all her success to her mother. Here are all the information's about Doja Cat’s aspiration, her mother Deborah.

Known as the mother of Doja Cat, Deborah Elizabeth Sawyer, is a Jewish-American personality belonging to an artistic family. Born in 1963 in Los Angeles, California, Deborah grew up in her hometown developing a passion for painting since her childhood. She currently works in the fashion industry more precisely as a technical menswear designer.

Sawyer gave birth to her daughter, Doja Cat(real name: Amala Ratna Zandile Dlamini) on October 21, 1995, in Tarzana, California, shortly after which they got relocated to the Bronx and New York suburb of Rye for the first five years of Doja Cat’s life. The family then moved back to California where they lived in a Hindu ashram for four years.

Her biological South African father, Dumisani Dlamini reportedly returned to South Africa early in Doja Cat’s childhood, leaving Sawyer to raise her and an unidentified sister as a single mother.

Solely raised by her mother, Doja loves her mother and grandmother more than anything.

1. Deborah Elizabeth Sawyer is a painter and actress.

Deborah's mother i.e. Doja Cat's grandmother had a great passion for painting thanks to which Deborah also learned the same and decided to make it her professional career life.

Deborah has been able to create several paintings that are concerned with the environment. Furthermore, she primarily works with wax, oil, and gouache. She also enjoys experimenting with color especially her favorite one; yellow.

Apart from her career as a painter, Deborah also was cast in the ‘Friends Don’t Let Friends Date’ show and ‘Martyrs-The Chronicles of Blood’.

2. She is an inspiration for Doja Cat.

Deborah surely had a large influence on Doja Cat's musical career from a young age. Being a supportive mother and also a friend to Doja, Deborah did her utmost to fulfill her daughter's dream.

Doja in an interview told "My mom would play a lot of Erykah Badu, a lot of Fugees, and Jamiroquai and Seal, Earth, Wind, & Fire, Alice Coltrane, a lot of stuff like that".

She also added, "It was ironic because I’m Jewish, my grandma’s Jewish, she’s white, and she was never exposed to music like that.”  Deborah also enrolled her daughter in ballet, tap, and jazz lessons.

3. She got popularity thanks to her daughter.

The song based on her mother was recorded in 2019 and since then it has attracted almost a million views.

Deborah met her ex-husband, Dumisani Dlamini back in the 90s during his US tour. After meeting at the tour, they secretly dated and were in a long-term relationship. They had their daughter, Doja in 1995, and were happy together until their relation took a turn when Dlamini left for his country after he felt homesick, leaving Doja and her mother alone in the US.

Although Doja’s father abandoned the family, Doja still maintains a close relationship with her dad. She once told in an interview,“ I don’t hold grudges against him or anything in any way.”

5. Her net worth is quite good.

Her career as a painter and now as a technical menswear designer has surely earned her quite a healthy fortune. Her net worth is estimated to be around $200k. While his daughter, Doja Cat has an estimated net worth of $4 million.

Who is Dr. Kerry Chant? All about her married life, husband, job, net worth, awards, education