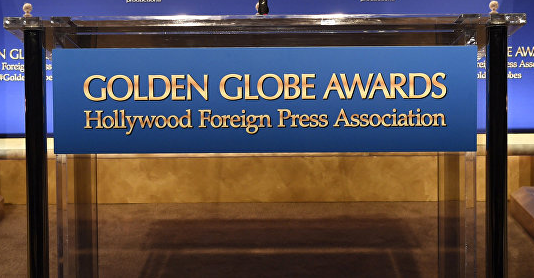 The new edition of Golden Globe Awards is set to honor the best in film and television of 2018. The 76th edition will be hosted by the Brooklyn Nine-Nine star, Andy Samberg, and Killing Eve star, Sandra Oh, and is scheduled to take place on 6 January 2019, in The Beverly Hilton, Beverly Hills, California. NBC will air the ceremony live in the United States. The best will be chosen by the Hollywood Foreign Press Association and the award show is produced by Dick Clark Productions and the HFPA.

The nominees for the 76th edition were announced earlier on 6 December 2018.

Christian Bale starring American biographical comedy-drama film, Vice leads the film with 6 nominations including Best Motion Picture - Musical or Comedy, Best Performance in a Motion Picture - Musical or Comedy, Best Supporting Actor and Actress in a Motion Picture, Best Director and the Best Screenplay category, whereas The Favourite, Green Book, A Star Is Born earned 5 nominations. Other movies to be nominated are BlacKkKlansman, Mary Poppins Returns, Black Panther, If Beale Street Could Talk, Roma, Bohemian Rhapsody, Boy Erased, Can You Ever Forgive Me? Crazy Rich Asians, First Man, Isle of Dogs, and A Private War.

- If Beale Street Could Talk

- Bradley Cooper – A Star Is Born as Jackson Maine

- Lady Gaga – A Star Is Born as Ally Maine

- Melissa McCarthy – Can You Ever Forgive Me? as Lee Israel

3. Best Performance in a Motion Picture – Musical or Comedy

- Robert Redford – The Old Man & the Gun as Forrest Tucker

- Richard E. Grant – Can You Ever Forgive Me? as Jack Hock

- Regina King – If Beale Street Could Talk as Sharon Rivers

- Bradley Cooper – A Star Is Born

- Spider-Man: Into the Spider-Verse

3. Best Performance in a Television Series – Musical or Comedy

- Sacha Baron Cohen – Who Is America? as various characters

4. Best Performance in a Miniseries or Television Film

5. Best Supporting Performance in a Series, Miniseries or Television Film

Who Hosted the Golden Globe?

Sandra Oh and Andy Samberg will be hosting the Golden Globes.

2014 Golden Globe Award winner for Best Actor - Television Series Musical or Comedy for Brooklyn Nine-Nine, Andy Samberg, is an American actor, comedian, writer, producer, and musician. The 40-year old actor was the member of the comedy music group The Lonely Island and has starred in several films including Hot Rod, I Love You, Man, That's My Boy, Celeste and Jesse Forever, Storks, and others.

Sandra Oh, 2006 Golden Globe Award winner for Best Supporting Actress - Series, Miniseries or Television Film for Grey's Anatomy is a Canadian actress who rose to prominence after she appeared as Cristina Yang on the ABC medical drama series Grey's Anatomy.

The co-host for 76th Golden Globe Awards, Sandra Oh herself is nominated for the award for Best Actress - Television Series Drama for her role of Eve Polastri in BBC America's murder-mystery series, Killing Eve.

Andy Samberg and Sandra Oh will pair up for the first time as co-hosts. They previously appeared together to present an Emmy Award earlier in September 2018.

Who is French Model Thylane Blondeau Tops TC Candler's 100 Most Beautiful Faces of the Year 2018?