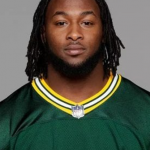 Aaron Jones is an American footballer who is playing for the current team, Green Bay Packers of the National Football League (NFL). He was signed to a contract on May 5, 2017. His playing position is running back. He played college football at UTEP and was drafted by the Packers in the fifth round of the 2017 NFL Draft. As a freshman, Jones played in nine games. In his collegiate debut, against New Mexico, he had 11 carries for 127 yards and two rushing touchdowns. As a sophomore, Jones played in 12 games. He finished his rookie season with 448 rushing yards (second on the team to fellow rookie Jamaal Williams, ninth among NFL rookies), a team-leading four rushing touchdowns, nine receptions, and 22 receiving yards.

The Green Bay Packers will have Aaron Jones available for Thursday night's game against the San Francisco 49ers, but that doesn't mean they will use him extensively. He missed the previous two games because of a calf injury and was listed as questionable on the short week. He was limited in practice. The Packers did not activate receiver Allen Lazard (core muscle) or linebacker Christian Kirksey (pectoral) from injured reserve even though both went through their second week of practice. 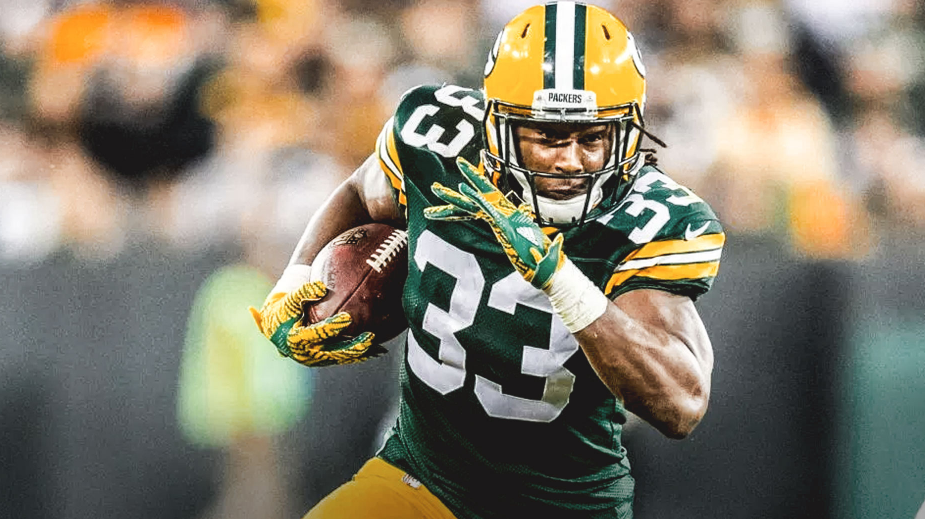 What is the Birthplace of Aaron Jones?

On 2nd December 1994, Aaron Jones was born in Savannah, Georgia, the USA with the birth name/full name of Aaron LaRae Jones to military parents. He was born to his parents; Vurgess (mother) and Alvin Jones Sr. (father). His father was two career non-commissioned officers in the US Army. He and his twin brother Alvin Jr., older brother Xavier, and sister Chelsirae moved around often living in Germany, Kentucky, Tennessee, Virginia (hometown), and near the Mexican border due to their parents' postings. He holds an American nationality and his ethnicity is African-American and his race is Black. Sagittarius is his zodiac sign and his religion is Christian. As of 2019, he celebrated his 25th birthday. As per his education, he attended Burges High School. In May 2018, he graduated from UTEP. His father retired before his senior year and started a marketing company to jump-start the recruiting process for his sons.

For which team, Aaron Jones is playing for? 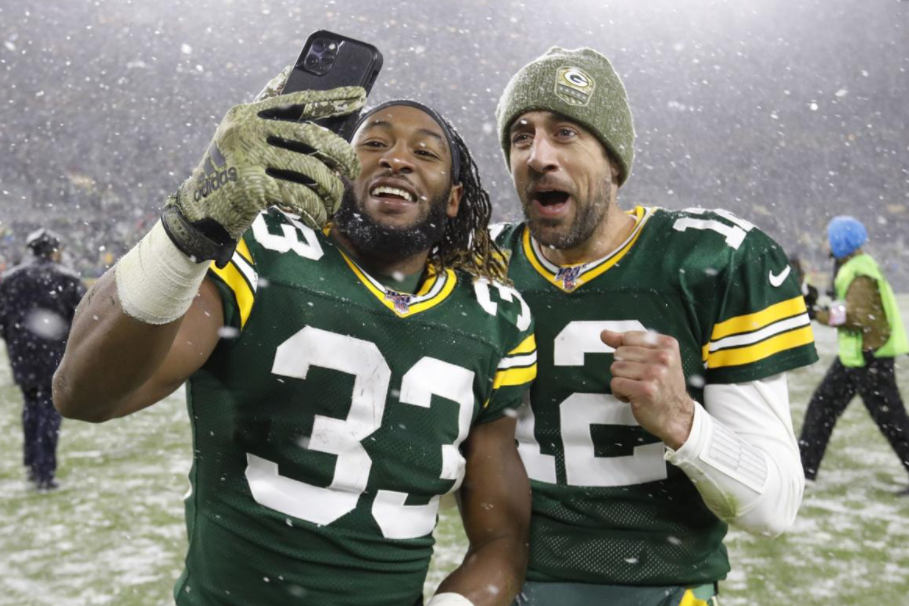 Everything You Need To Know About Aaron Rodgers

Who is Aaron Jones's Dating?

Aaron Jones is not married yet and he is still to get married. But he is not single. He is currently dating his beautiful girlfriend, Crystal Molina. Aaron Jones announced Monday night that he and his girlfriend are expecting their first child. He announced his girlfriend, Crystal Molina, was pregnant in an Instagram post. "Words can't describe how excited I am to become a father," Jones wrote. "To have a little mini me running around. Thank you Crystal for all your sacrifices. I know it’s not easy with me not always being available right now but just know I am grateful for you." As of today, the couple is enjoying their relationship a lot without any disturbances. His sexual orientation is straight and he is not gay.

Moving depth towards his personal life, he was cited for a traffic stop on 20th November 2017, an incident that occurred on October 1. During the incident, he was speeding at 79 MPH at a 55 MPH speed limit and had possession of marijuana. He was arrested and charged with operating with a restricted controlled substance, operating without a valid license, and speeding. Later, he pleaded no contest to the charges and was fined for court costs, and had his license suspended for six months.

What is the Net Worth of Aaron Jones?

How tall is Aaron Jones?

Aaron Jones is a very handsome man with a charming personality attracting a lot of people towards him. He stands tall at the height of 1.75 m or 5 ft 9 in. His balanced weight consists of 208 lb or 94 KG. His body build is athletic. He maintains his body a lot by doing frequent exercises. His other body measurements such as biceps size, chest size, waist size, shoe size, and more are still to get revealed yet. His arm length is 32 1/2 in (0.83 m) and his hand size is 9 1/2 in (0.24 m). Overall, he has got a healthy body.