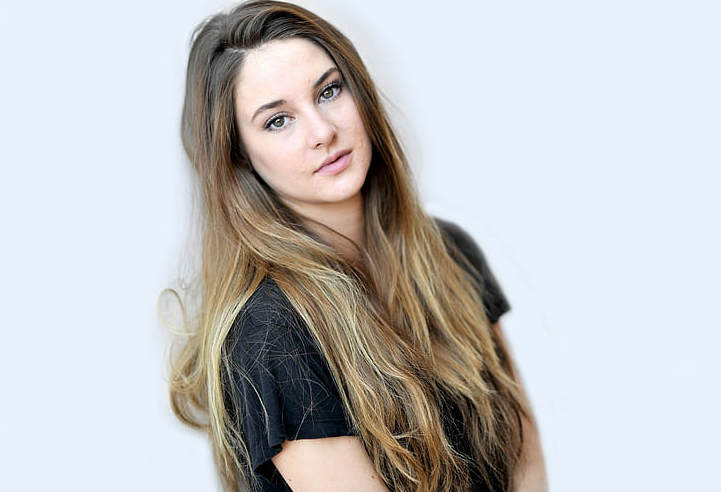 Shailene Woodley Opens Up About Her Secret Engagement to Aaron Rodgers

Born on 15th November 1991, Shailene Woodley is an American actress and activist who is famous for her role as Amy Juergens in the ABC Family drama series "The Secret Life of the American Teenager" (2008-2013), Hazel Grace Lancaster in the coming-of-age romance film "The Fault in Our Stars", Kaitlin Cooper in the teen drama series "The O.C.", Alexandra 'Alex' King in "The Descendants", Beatrice Prior in the science-fiction trilogy "The Divergent Series" (2014-2016), Jane Chapman in the HBO miniseries "Big Little Lies" and more. She played the Young Janey Briggs in the 2001 American comedy film "Not Another Teen Movie". Her role is uncredited and her scene also has been deleted from the movie. Her debut television appearance was in CBS' "The District", where she played the role of Kristin Debreno in 3 episodes from 2001 to 2003. In 2021 she starred in the critically acclaimed drama films "The Mauritanian" and "The Fallout". She is an environmental activist and has served as a board member of Our Revolution. Her estimated net worth is believed to have $12 Million as of 2021 making a minimum salary of $40,000 for each television episode she appears in. When it comes to her personal life, she is currently engaged to her boyfriend, Aaron Rodgers. Here are the 5 things that you need to know about Shailene Woodley. 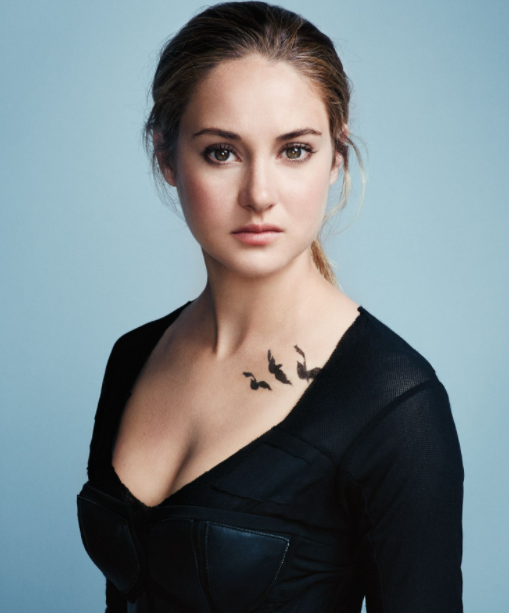 Here are the 5 things that you need to know about Shailene Woodley.

Shailene Woodley is not single but she is currently engaged and she is a fiancée to NFL footballer, Aaron Rodgers. Aaron is an American football quarterback for the Green Bay Packers of the National Football League (NFL). In February 2021, Rodgers referred to his "fiancée" during his acceptance speech for the league's MVP award at the NFL Honors ceremony, confirming that he was engaged, but not to whom. He continued "180 straight days of having my nose hair scraped, playing for very little fans or no stands the entire season. I got engaged and I played some of the best football in my career." Woodley confirmed she was engaged to Rodgers in a February 22 appearance on The Tonight Show Starring Jimmy Fallon showing off her engagement ring. "Yes, we are engaged," she said. "But for us, it's not new news, you know? So it's kind of funny. Everybody right now is freaking out over it and we're like, 'Yeah, we've been engaged for a while.'' Shailene Woodley and Aaron Rodgers began their relationship in the second half of 2020. The couple, who met during the pandemic. In June, Woodley opened up about her whirlwind romance to Shape magazine and said she and Rodgers moved in together pretty quickly after they began dating. "Starting a relationship where you immediately move in with someone - because it's a pandemic and you can't just get on a plane and go back and forth on weekends - taught us a lot about each other very quickly," she told. During her interview, Woodley explained that she believes she and Rodgers were always supposed to meet each other. "I have the perspective that I would have met Aaron in any context, any space in time because I feel we were meant to be together," she said. Shailene Woodley and Aaron Rodgers have a "non-traditional relationship" as per the report. "They have a different, non-traditional relationship," a source told. "Shailene and Aaron are still together. It's not odd they don't post about each other on their birthdays in that sense," the source continued, adding they're "very private about things." 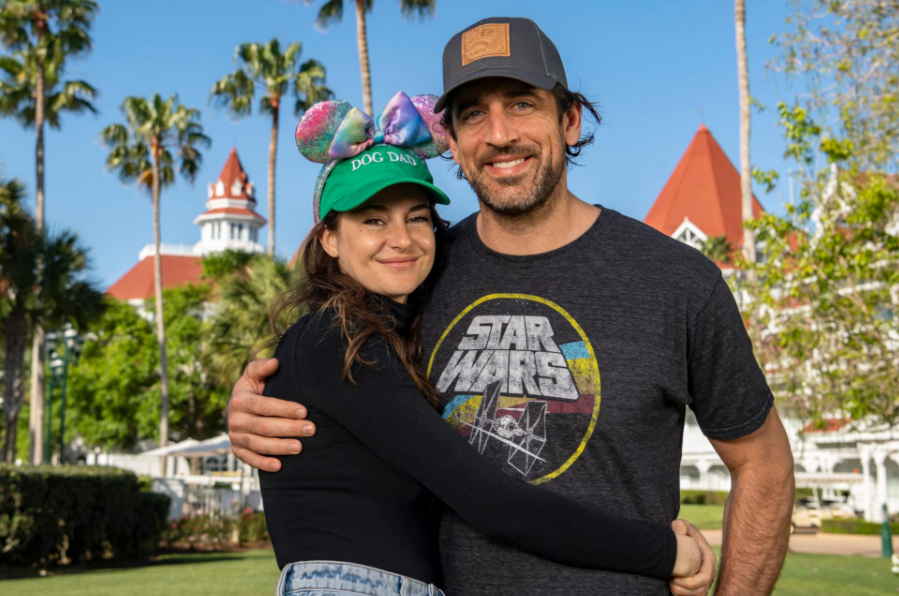 Everything That You Need To Know About Aaron Rodgers

Previously, Shailene dated American actor and 'White Bird in a Blizzard' co-star, Shiloh Fernandez in January 2013. They were seen kissing during the Film Festival ceremony in Park City on January 18, 2013. But they called it quits in April 2014. She later dated American Musician Nahko Bear from 7th November 2014 to 2016. She then began her relationship with New Zealander Rugby Union Player Ben Volavola in 2018. In an interview with The Hollywood Reporter, she said: "I fall in love with human beings based on who they are, not based on what they do or what sex they are". In April 2020, the relationship with Volavola was reported to have ended.

2. She didn't have a Cell Phone while Filming 'Divergent'

Shailene Woodley decided to go to old school and give up her cell phone while filming 'Divergent'. "As far as the hacking stuff goes, I don't really have to worry about that," Woodley shared. Further, she revealed, "I'm not a big technology person. I don't even have a smartphone. I don't even have a cell phone!". She added "If I were to have one, it would be a flip phone." She decided to get rid of her mobile device after she realized that there's "a bigger lack of camaraderie and community than there's ever been." She has been able to develop her interpersonal communication skills. "Since I got rid of my phone, [I'm] having to pull over and be like, 'Hey, buddy-do you know how to get here?' I'm talking to people more than I've ever talked to in my life because I no longer have that crutch," she explains. "The more you get away from all the technological buzz, the more freedom you have." Since wrapping the Divergent series, Woodley has started carrying a phone again. She used to use an iPhone, and she never officially got rid of it. But Woodley no longer pays for a data plan. She'll use the device to text if she's on Wifi, but only because her flip phone doesn't have a full keyboard. Like the phones of old, it has three letters on every number, and Woodley has to touch the number multiple times to get her desired letter. As per Yahoo News, most people don't notice she's using it. When they do, it gives her a great excuse to share why she carries the ancient device in the first place; "It's actually a really good social experiment because a lot of people don't notice. And it's a way for me to say this is why I wanted a flip phone because we don't notice each other anymore." 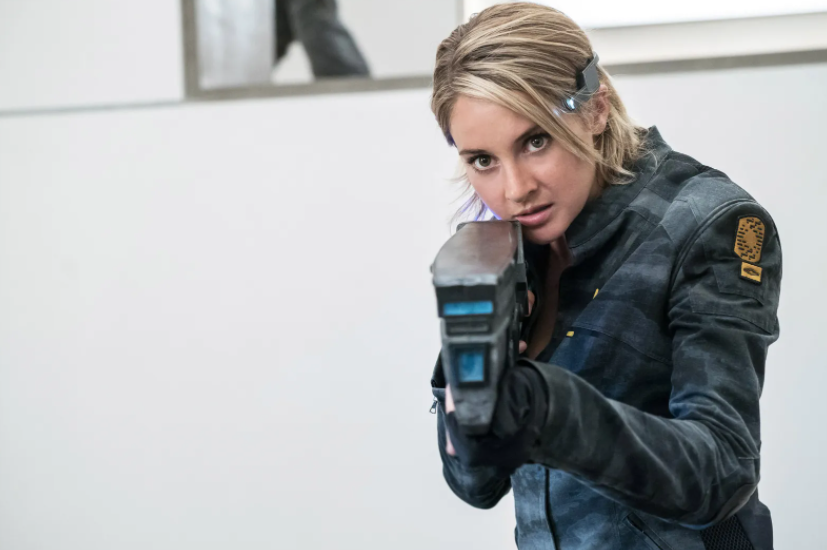 Shailene Woodley begins her morning in an unconventional way as she started her day screaming "Good morning! Good morning! Exciting day! Exciting day!" as well as listening to the song Singin' In The Rain. She believes it sets the tone for the rest of her day. Continuing on, Woodley admitted that the only time she deviated from her routine is when she was staying with someone else and felt that it wouldn't be appropriate. In that case, she did her affirmations in a nonverbal way. "I do it in sign language," she shared. "People are like, 'What is this girl doing these avatar dance moves for?'" She admitted that she liked to prioritize caring for her mind, body, and soul before turning in for the night. "If I'm having a me night, I might do 15 to 45 minutes of yoga". "The thing that's most grounding for me before bed, though, is when I wash my face. To wash my face and nourish my skin and cleanse myself of everything that happened through the day, and then to sit in bed with my journal or a book of poems or a novel and a cup of tea, is the perfect way for me to ensure a good night's rest." She also shared that sometimes she put natural herbs in her tea in order to induce lucid dreaming.

4. Shailene Woodley is an Introvert

The 'Divergent' actress is an introvert. Since her young age, she has always presented herself a little differently than others. She told "I'm an introvert's introvert. so this feels like heaven in a lot of ways because I don't have to talk to people, I don't have to deal with people, I don't even have to look at people. I can play the game of being an extrovert when I need to - it's a big part of my job - but my happy place is honestly being alone". When it comes to her role as Daphne in "Endings, Beginnings"; the character of Daphne is an extrovert who loves being around the people. "For me, when I'm building a character, I'm only experiencing different shades and colors of who I personally am. Daphne is one color of me that I got to explore, but I was speaking as Shailene, from a place within my own heart. I think she's a little bit of my alter ego," Woodley revealed. 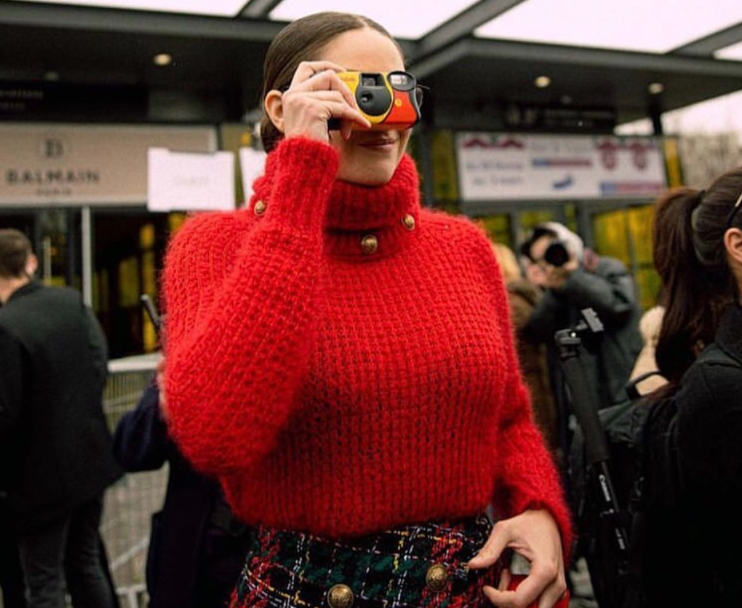 5. She Makes her own Toothpaste

Believe it or not, Shailene Woodley prefers to make her own toothpaste with a very natural recipe and says that one of the bonuses of this method is that you can swallow the toothpaste when you're finished "to get a dose of minerals." She makes her toothpaste out of clay, baking soda, and peppermint. She also prefers using herbal remedies and natural products to normal medication, body oils, and foodstuff. She spoke with GQ in 2014 and shared her homemade toothpaste recipe that's free from fluoride and other controversial ingredients. She mixes three tablespoons of pure bentonite clay with one tablespoon of both baking soda and crushed mint leaves, as well as a pinch of salt. The outlet notes that between 15 and 30 drops of food-grade essential oil later, you'll have a paste you can combine with spring water to use on your teeth. Instead of your regular,  chemically processed toothpaste, you'll have a natural alternative that may or may not leave your mouth feeling minty fresh. As per Vulture, she explained her alternative lifestyle in 2013, saying, "I gather my own spring water from mountains every month. I go to a farm to get my food. I make everything from my own toothpaste to my own body lotions and face oils ... I make my own medicines; I don't get those from doctors. I make my own cheese and forage wild foods and identify wild plants." Woodley revealed, "Clay binds to other materials in your body and helps your body excrete those materials - that are not necessarily the best for you". 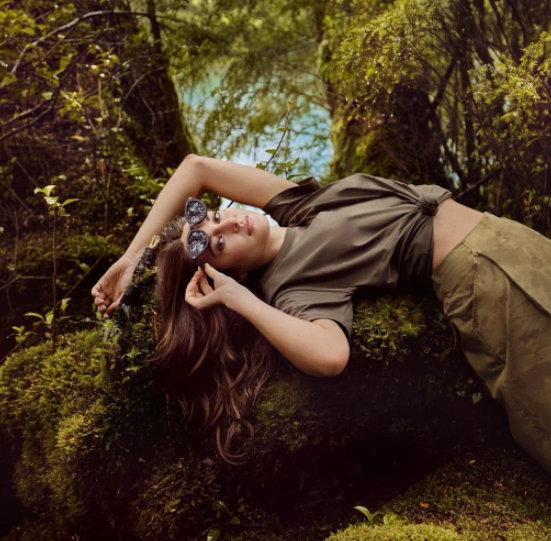 Who Is Melissa Cohen? 6 Things to know about Hunter Biden's Wife