Everything To Know About K-Pop Group BTS And BTS Members 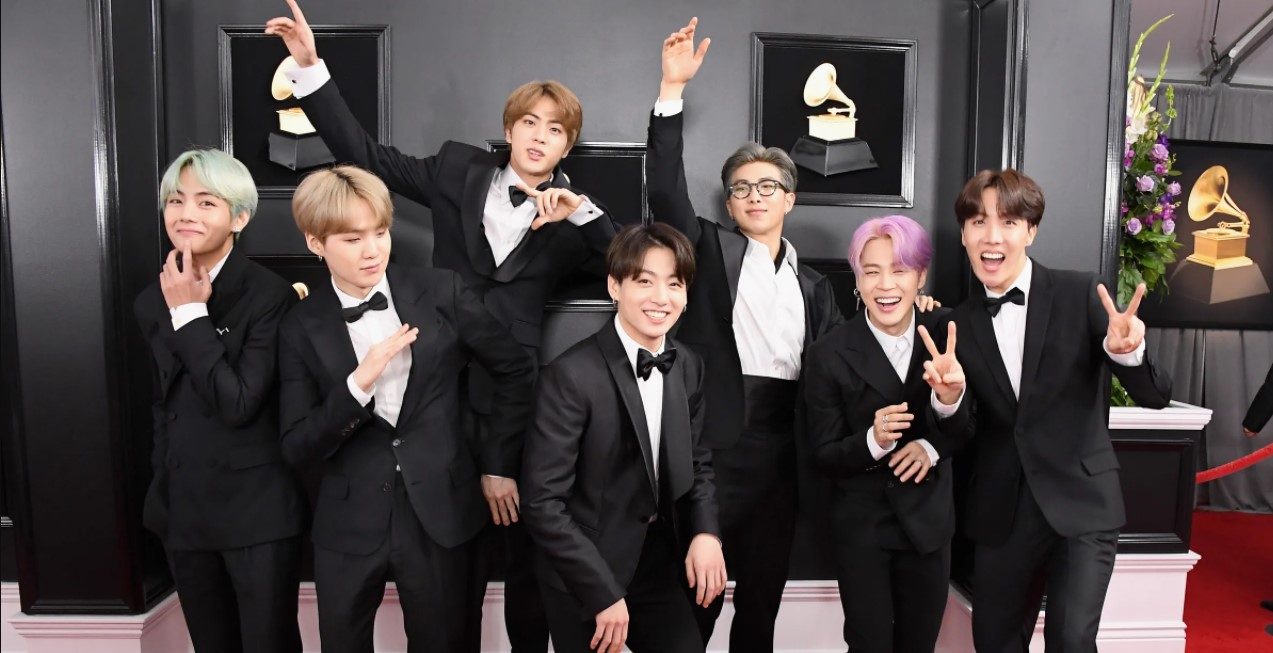 Today, BTS is one of the most popular and successful boy bands in the world. Hailing from South Korea, the seven-member boy band is now a globally acknowledged music group. Their music has influenced millions of fans across the world as their lyrics often focus on personal and social commentary, mental health, and troubles of school-age youth among several other issues. The fans of BTS are called BTS Army.

BTS was recently crowned as the IFPI Global Recording Artist of 2020. The South Korean boy band has already won several international accolades and honors for their contribution to music. The term "BTS" stands for Bangtan Boys. It stands for the Korean expression Bangtan Sonyeondan, literally meaning "Bulletproof Boy Scouts". BTS is also termed "Beyond the Scene". 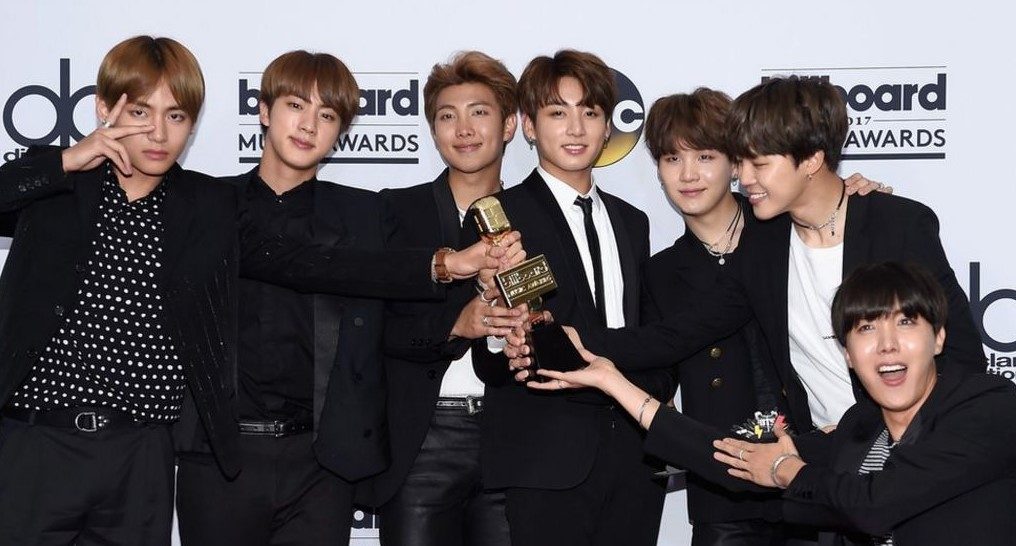 Why is BTS so Popular?

BTS is now not only a South Korean boy band, but they are also a global boy band that has amassed millions of followers globally through their music. Their music has influenced millions of fans across the world. Having debuted in 2013, it took no time for BTS to gain international success. They have spent 210 weeks at number one on the Billboard Social 50 chart and sold over 20 million albums worldwide. In South Korea, BTS is the best-selling artist. Billboard ranked BTS at number 45 on their list of Top Touring Artists of the 2010s. They were named "Princes of Pop" in the 100 most influential people in the world in 2019. They also hold fifteen Guinness World Records including the world record for most Twitter engagements. 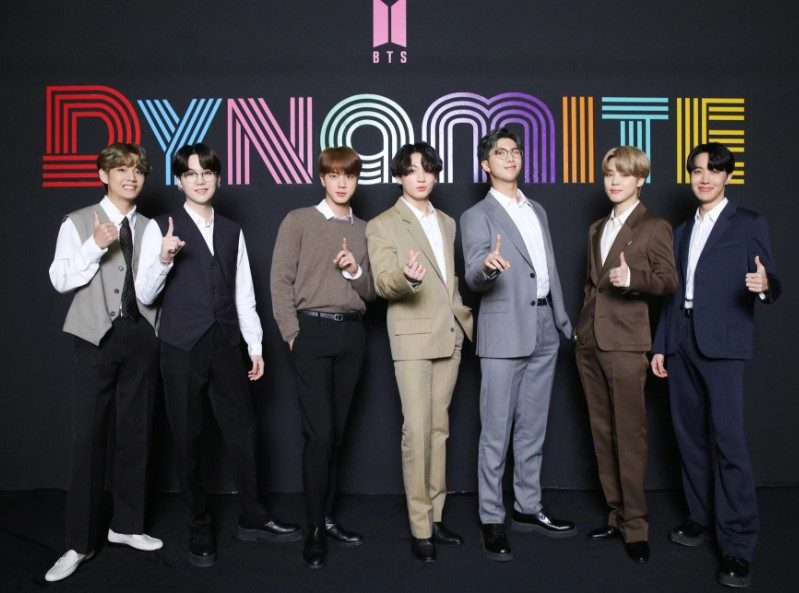 How did BTS start?

BTS started its formation under Big Hit Entertainment in 2010 and made its debut with its debut single album, 2 Cool 4 Skool in 2013. It was the first installment of their "school trilogy" series. The second installment of their "school trilogy", EP, O!RUL8,2? garnered them initial recognition and the third part of their trilogy, EP, Skool Luv Affair garnered BTS a moderate success. The album peaked at number 3 on Billboard's World Albums Chart.

BTS made their mainstream breakthrough after their third EP, The Most Beautiful Moment in Life Part 1 was released in 2015. It included their hit singles "I Need U" and "Dope". The latter became their first music video to accrue over 100 million views on YouTube. The success of their album led them to go on the world tour. In the coming years, BTS went on to become one of the most popular boy bands in the world.

Who are the BTS members?

BTS consists of 7 members. They are RM, Jin, Suga, J-Hope, Jimin, V, and Jongkook. Here is a brief introduction to the BTS members. 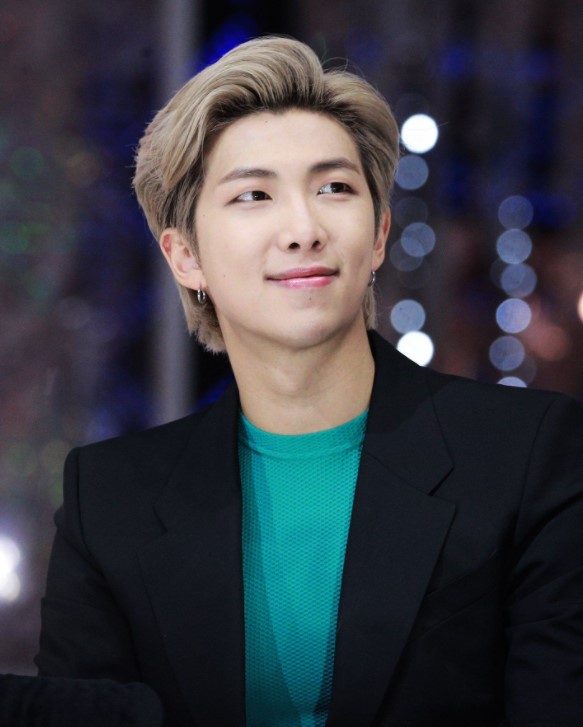 RM is the leader of BTS. Born Kim Nam-joon on 12 September 1994, RM grew up in Dongjak-gu, South Korea. He learned English through watching Friends and is the most-fluent English-speaking member of BTS. He was only 16 when he joined Big Hit Entertainment. Before signing with Big Hit, he was active in the underground Korean hip-hop scene under the moniker "Runch Randa". An academically excellent student, RM decided to pursue rap. 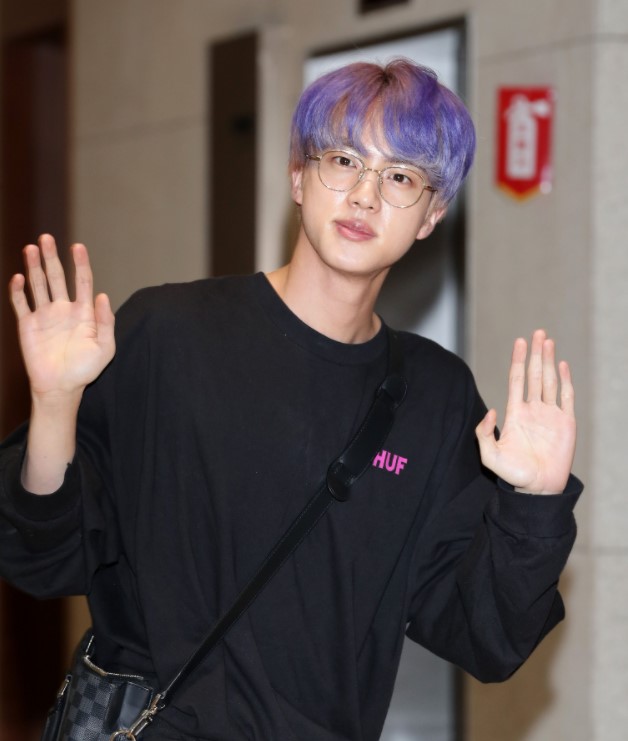 Jin is another member of BTS. Born Kim Seok-jin in Gwacheon, Gyeonggi-do, South Korea in 1992, Jin rejected an offer from SM Entertainment while he was in junior high school. Without having a musical background, he auditioned for Big Hit as an actor and was subsequently selected. He made his BTS debut with the single, "2 Cool 4 Skool".

As a solo artist, he has released several singles including "Awake", "Epiphany", "Moon" and "Tonight". Besides singing, he hosted multiple South Korean music programs. 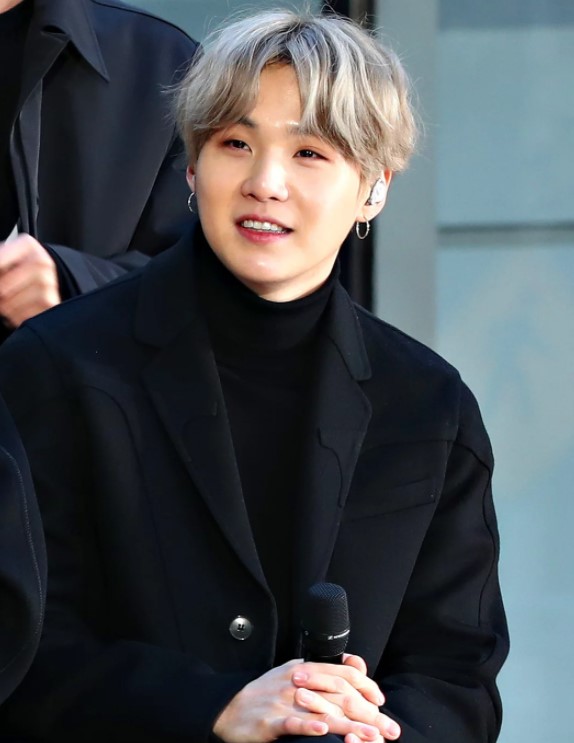 Another BTS member Suga is a rapper. Born Min Yoon-gi in 1993 in Buk District, Daegu, South Korea, Suga was interested in rap since he was a high school student. He decided to become a rapper after he listened to Epik high. He had already begun to write music by age 13 and was a member of hip hop crew, D-Town. He joined Big Hit as a music producer. He made his BTS debut with the single, "2 Cool 4 Skool". 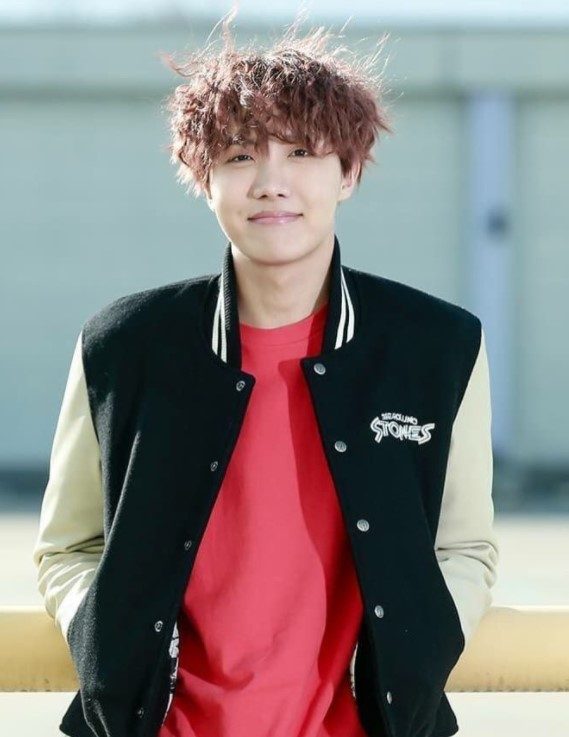 Born Jung Ho-seok in 1994 in Buk District, Gwangju, South Korea, J-Hope was part of the underground dance team, Neuron. He took dance classes at Gwangju Music Academy for 6 years, winning several local dance competitions. He was ultimately signed by Big Hit. He made his BTS debut with the single, "No More Dream".

As a solo artist, he released a solo mixtape, Hope World in 2018. The album peaked at No. 38 making him the highest-charting solo Korean artist on the Billboard 200 at the time. He is also the first BTS member with a Hot 100 hit after his solo single, "Chicken Noodle Soup" featuring Becky G released in September 2019. 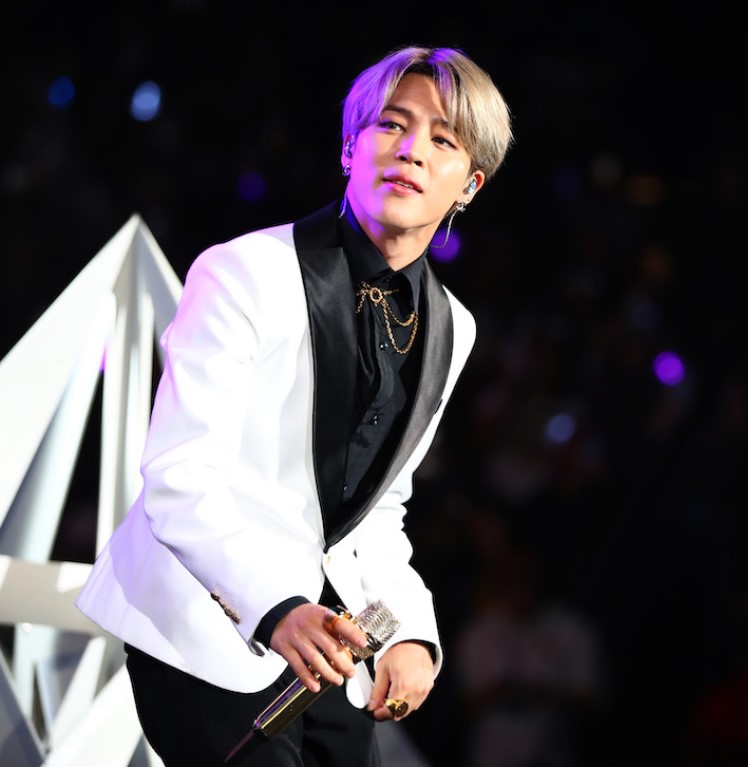 Born Park Ji-min in 1995 in Geumjeong District, Busan, South Korea, Jimin started dancing at an early age. He attended dance classes during middle school and studied contemporary dance at Busan High School of Arts. He then auditioned with Big Hit, subsequently being selected. He made his BTS debut with the single "No More Dream".

As a solo artist, his solo singles are "Lie", "Serendipity", and "Filter". He is the only Korean artist to have three solo tracks accumulate over 50 million streams on Spotify. He is also the first BTS member to have a solo music video achieve 100 million views on YouTube with his solo single, "Serendipity". Independently, he released his first solo single, "Promise" in 2018, which surpassed Drake's "Duppy Freestyle"'s record for the biggest 24-hour debut. He released his second independent solo song, "Christmas Love" in December 2020. 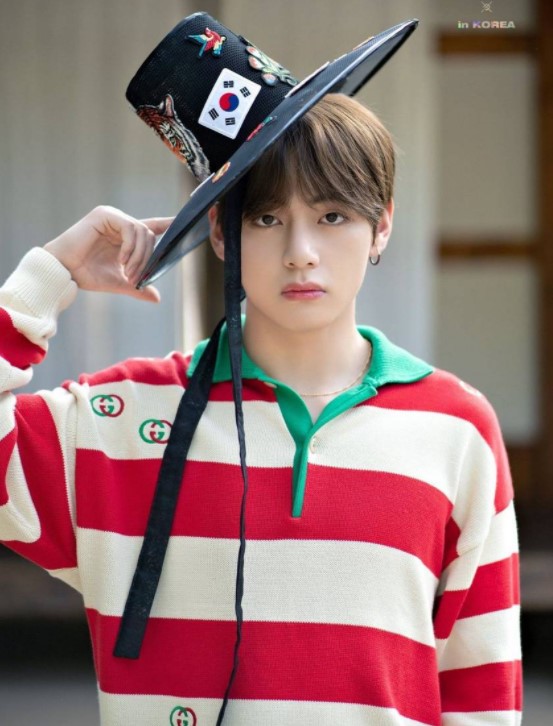 Born Kim Tae-hyung in 1995 in Seo District, Daegu, South Korea, V was interested in singing since elementary school. He subsequently auditioned for Big Hit and made his BTS debut with the single, "No More Dream".

Besides singing, he is also an actor, making his acting debut with historical drama, Hwarang: The Poet Warrior Youth in 2016. He has since then starred in several television shows. 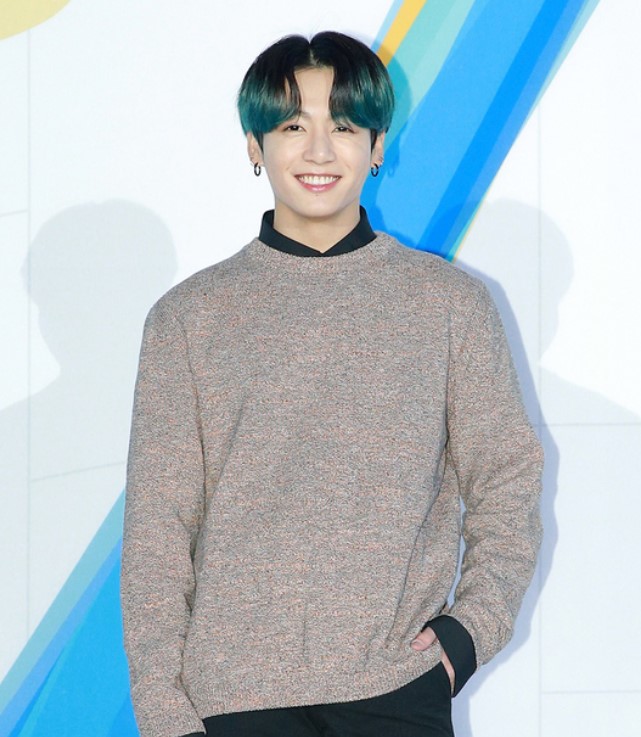 Born Jeon Jung-kook in 1997 in Busan, South Korea, Jungkook is the youngest BTS member. He initially had dreams of becoming a badminton player but decided to become a singer after he saw G-Dragon perform "Heartbreaker". Before signing with Big Hit, he was rejected from the South Korean talent show, Superstar K in 2011. He made his BTS debut with the single, "2 Cool 4 Skool".

He has three solo songs under BTS, "Begin", "Euphoria", and "My Time".

Who is Russ Martin? Everything you need to know about D-FW radio host