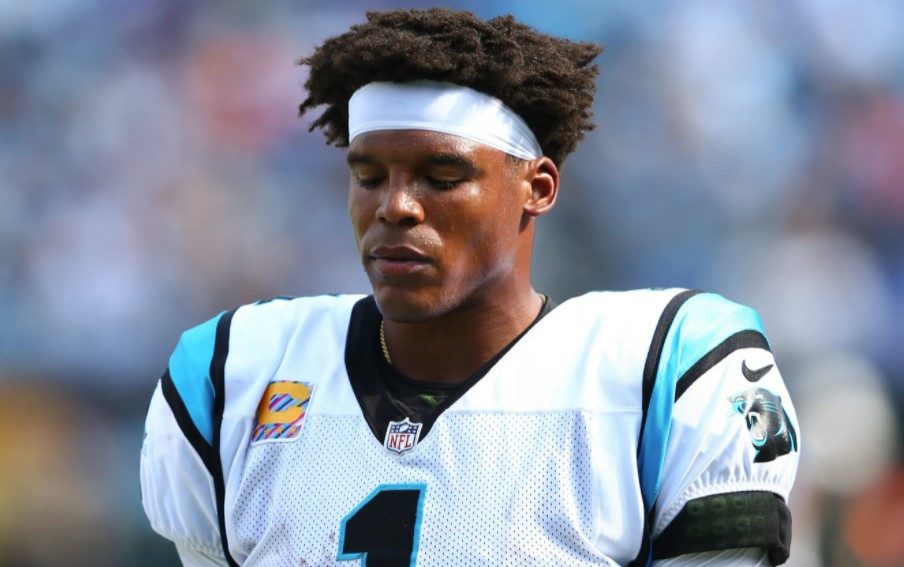 NFL Quarterback Cam Newton who was cut from New England Patriots roster is back to the Carolina Panthers midway through the 2021 season. Super Cam signed a one-year deal with the Panthers for $10 million including a $4.5 million guaranteed and a $1.5 million roster bonus. Upon return, Newton scored touchdowns on his first two plays of the game in a 34-10 win over the Arizona Cardinals. The 2010 Heisman Trophy winner Newton holds several NFL and franchise records to his name.

Everything To Know About Cam Newton

Here are 10 things to know about the Panthers quarterback, Cam Newton. 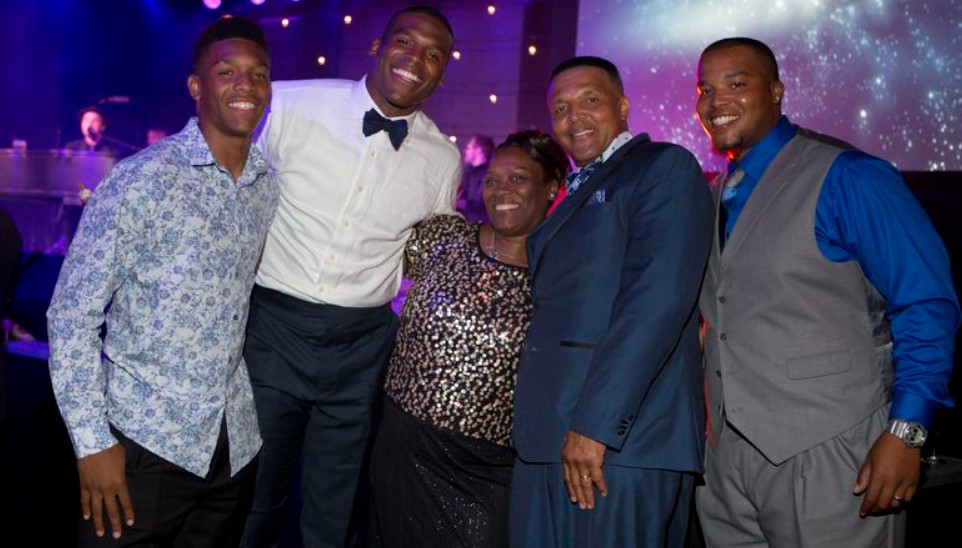 He Excelled in Baseball and Basketball in High School

Cam Newton was one of the excellent basketball and baseball players. He played baseball, basketball, football while in high school. He quit baseball at age 14 due to his fear of being hit by a pitch. He quit basketball shortly into his high school career to avoid foul trouble on the basketball court. Thus, he chose football as a career. He attended Westlake High School. 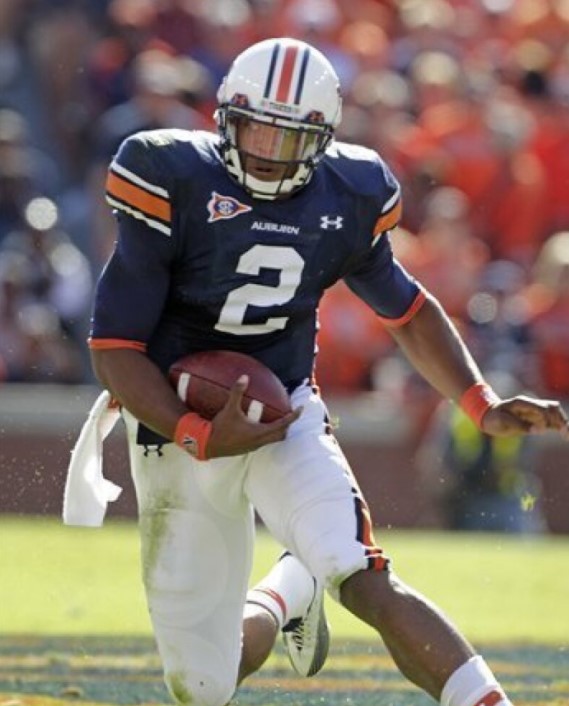 After graduating from Westlake, he committed to the University of Florida. He played for the Florida Gators in the 2007 and 2008 seasons. As a freshman, he was a backup for the eventual Heisman Trophy winner, Tim Tebow. He then transferred to Blinn College in 2009. He led Blinn to the 2009 NJCAA National Football Championship throwing for 2,833 yards with 22 touchdowns and rushing for 655 yards. He was named a Juco All-America honorable mention. He then enrolled at Auburn University where he set several conference records. He led the Tigers to an SEC Championship defeating South Carolina 56-17 and also set an SEC Championship Game record for most points scored and largest margin of victory. He also led the Tigers to their first BCS National Championship before declaring for the 2011 NFL Draft.

He Was Once Charged With Burglary

Cam Newton once faced felony charges. While a student at the University of Florida, he was arrested on felony charges of burglary, larceny, and obstruction of justice in November 2008. He was arrested after he was accused of stealing a laptop computer from another University of Florida student. Campus police tracked the stolen laptop to Newton. As a result, Newton was suspended from the college's football team. The charges against Newton were dropped after he completed a court-approved pre-trial diversion program. 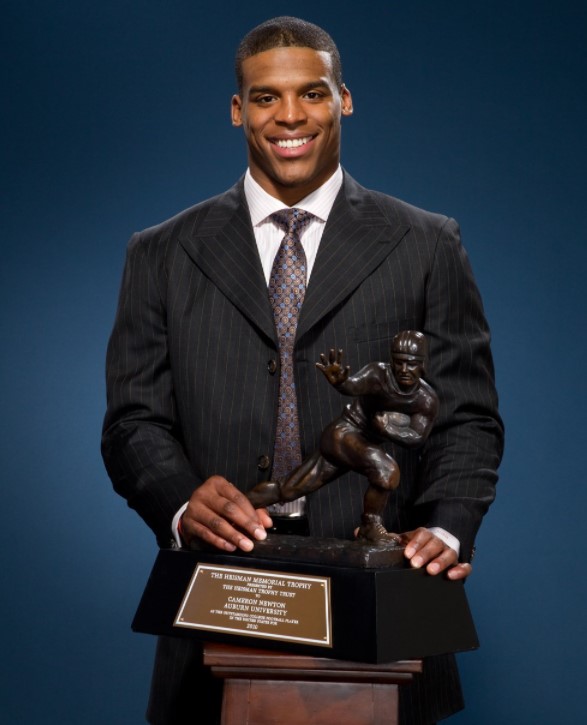 Cam Newton is the recipient of the prestigious honor Heisman Trophy. He won the award in 2010 after leading the Auburn Tigers to win the SEC Championship. It was their first SEC Championship win since 2004. He scored career-best six total touchdowns in the final and was named finals MVP. He also became the third player in NCAA FBS history to throw and run for 20-plus touchdowns in a single season. He was also named 2010 SEC Offensive Player of the Year and the 2010 AP Player of the Year. He eventually won the 2010 Heisman Trophy. He also led the Tigers to Bown Champion Series National Championship. He also won Maxwell Award, Walter Camp Award, Davey O'Brien Award, Manning Award in 2010.

He played college football for Florida and Blinn before joining Auburn.

Cam Newton's father, Cecil Newton was dragged into controversy after he reportedly sought substantial sums of money in return for his son playing for a major college football team. The former Mississippi State Football Player Kenny Rodgers said in a Dallas radio interview that Cecil Newton demanded between $100k and $180k to get his son to transfer to Mississippi State. Newton, his father Cecil, and Auburn were investigated by NCAA. The investigation concluded that Cecil solicited a cash payment from Mississippi State and cleared Auburn of any illicit recruitment deal with Newton. 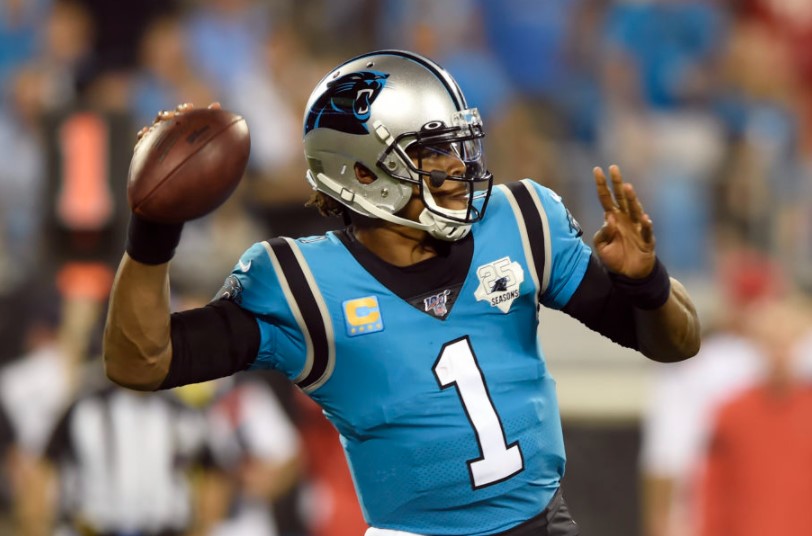 He was Drafted First Overall

He Won the NFL Offensive Rookie of the Year

Heisman Trophy winner Cam Newton made quite an impact in his first NFL season. He went on to set rookie records for passing (4,051) and rushing yards (706) by a quarterback. For his outstanding performance and stats, he ultimately won the NFL Offensive Rookie of the Year.

He is the Second African-American to Win NFL MVP Honor

Cam Newton is the second African-American quarterback after Steve McNair (2003) to win the NFL Most Valuable Player Award. He was awarded the honor after he led the Panthers to Super Bown 50 with a franchise record of 15-1. They lost 24-10 against the Denver Broncos in Super Bowl 50. 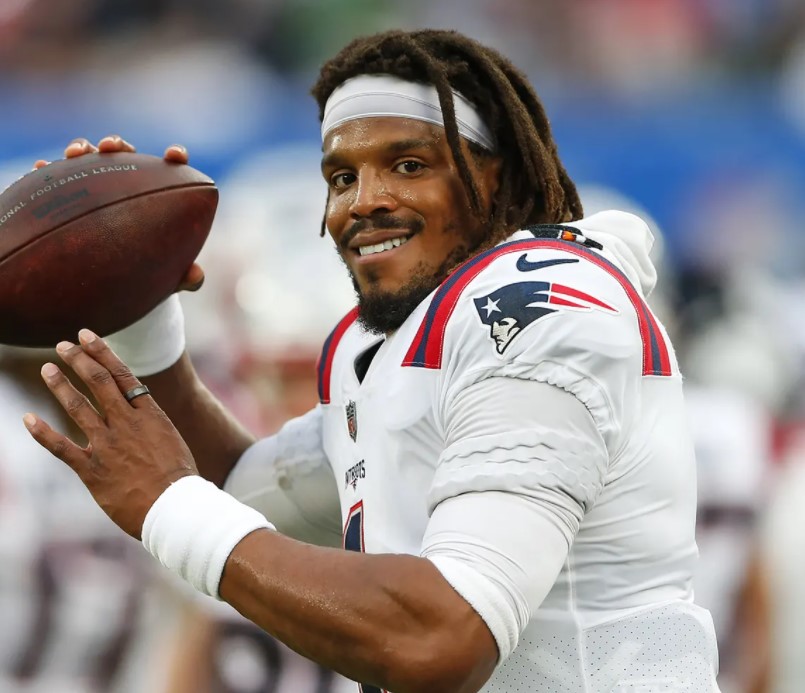 Cam Newton had one of the most amazing seasons in 2015. He led the Panthers to Super Bowl 50 with a franchise-record 15-1. During the season, he won the NFC Offensive Player of the Week awards five times. He is the first player to win five NFC Offensive Player of the Week Awards in nine-week. He tied the record for the most in a season in NFL history set by Tom Brady.

Newton was also named NFL Offensive Player of the Year in 2015.

Here are other facts to know about the quarterback, Cam Newton.

He Was Released by the Panthers in 2020

Newton was struggling with injuries in 2018 and 2019. He suffered several injuries throughout the season and missed several games. He was eventually allowed to seek a trade in March 2020. After he failed to find a trade partner, the Panthers released him. 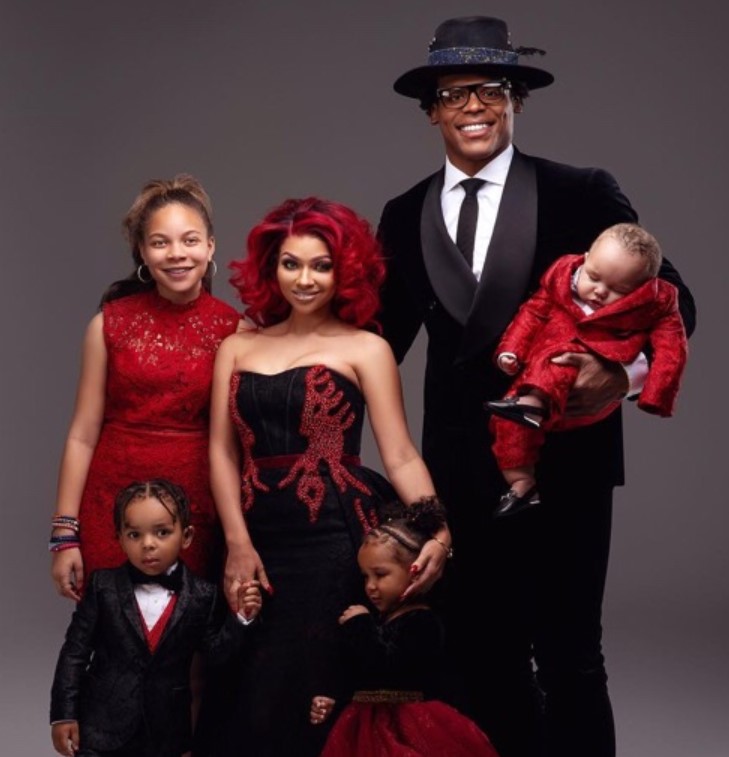 He Had a Secret Affair

Newton who was in a relationship with Kia Proctor had a secret affair with another woman. Newton fathered four children with Proctor before he was caught cheating on her. Before their fourth child was born, Newton had a secret affair with an Instagram model, La Reina Shaw whom he even shares a son. His secret affair led to their breakup. He is not married yet but is dating La Reina at present. He has seven children altogether: Chosen, Camidas, Caesar, Cashmere, Sovereign-Dior, Shakira (From Kia Proctor's previous relationship), and Jaden (from La Reina's previous relationship). 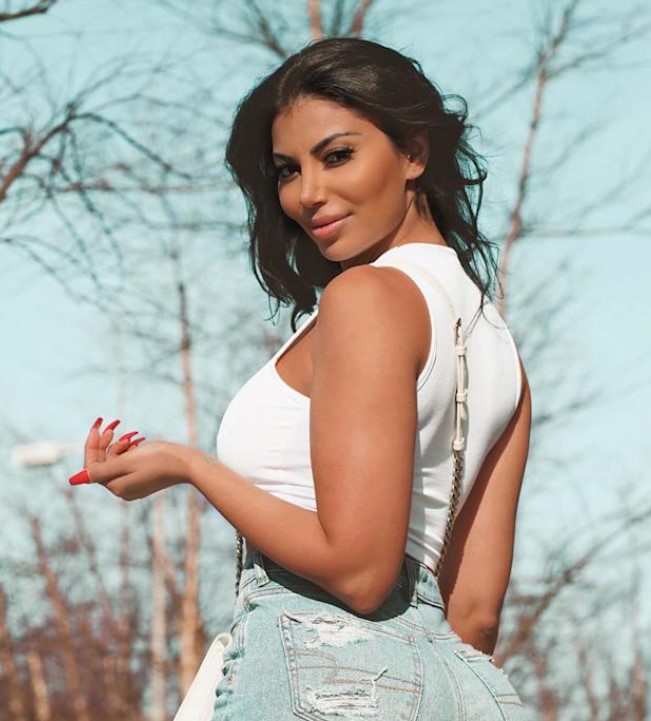 He Is A Vegan

Cam Newton is a vegan. He started veganism in March 2019. Prior to that, he was a self-proclaimed pescetarian.

He Broke Two Vertebrae In a Car Crash

Cam Newton was involved in a car crash in 2014. The well-publicized crash that occurred on 9 December 2014 in Charlotte left Newton with two vertebrae fractures in his lower back. However, the injury wasn't too serious. He only missed one game during recovery and returned to action soon. He led the Panthers to the first back-to-back division titles in the NFC South.

Adele lost 100 Pounds: How did She actually Lose Weight