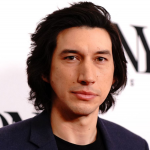 Adam Driver is an American actor and a former Lance Corporal in the Marines. he rose to prominence with a supporting role in the HBO comedy-drama series Girls (2012–2017), for which he received three consecutive Emmy nominations. He gained wider recognition for playing Ben Solo / Kylo Ren in the Star Wars sequel trilogy films The Force Awakens (2015), The Last Jedi (2017), and The Rise of Skywalker (2019). The driver is the co-founder of Arts in the Armed Forces since, a non-profit that provides free high-quality arts programming to active-duty service members, veterans, military support staff, and their families around the world.

What is Adam's driver famous for?

Adam Driver is best famous for his roles as Ben Solo / Kylo Ren in the Star Wars sequel trilogy films The Force Awakens (2015), The Last Jedi (2017), and The Rise of Skywalker (2019). He is also known for his appearances in the HBO comedy-drama series Girls (2012–2017), for which he received three consecutive Emmy nominations.

Who are Adam Driver's parents?

Adam Driver was born as Adam Douglas Driver on November 19, 1983, in San Diego, California, the USA as the son of Nancy Wright, a paralegal, and Joe Douglas Driver. When Driver was seven years old, his parents divorced. He then moved with his older sister, April, and mother to his mother's hometown of Mishawaka, Indiana. His later had stepfather, Rodney G. Wright is a minister at a Baptist church. He has Dutch, English, German, Irish, and Scottish ancestry. He was raised Baptist and sang in the choir at church. His nationality is American and his zodiac is Scorpio. He graduated from Mishawaka High School in 2001. After high school, he applied to the Juilliard School for drama but was rejected. The driver then joined the Marines in September 2001. After serving to the rank of Lance Corporal He then attended the University of Indianapolis for a year before auditioning again for Juilliard and this time he was picked. He was a member of the Drama Division's Group 38 (2005–2009. He graduated with a BFA degree in 2009.

How is Adam Driver's career?

After graduating from Juilliard, Driver began his acting career in New York City, appearing in both Broadway and off-Broadway productions in 2009. He made his Broadway debut in Mrs. Warren's Profession (2010) and subsequently appeared in Man and Boy (2011) and some other more. The driver began his Television career from the ABC comedy-drama series, The Unusuals in 2009. His other notable TV series include Law & Order(2010,2012), Girls(2011-2017) and Saturday Night Live(2016,2018). The driver made his film debut from the biographical movie J. Edgar in 2011. He had supporting roles in films such as Lincoln (2012), Frances Ha (2012), Inside Llewyn Davis (2013), and Silence (2016). The driver made his breakthrough from the 2014 si-fi movie, Star War: The Force Awakens released on December 18, 2015, that was a commercial and critical success.

He reprised his role as Kylo Ren in Star Wars: The Last Jedi, which was released on December 15, 2017, which was again greatly acclaimed. He won the Volpi Cup for Best Actor for his lead role in the drama Hungry Hearts (2014) and the LAFCA Best Actor for playing a poet in Jim Jarmusch's Paterson (2016). He earned significant acclaim for starring as a police detective in BlacKkKlansman (2018) and a theater director in Marriage Story (2019), earning an Academy Award for Best Supporting Actor nomination for the former. In 2019, he returned to the theater with Burn This, for which he was nominated for the Tony Award for Best Actor in a Play. Besides acting, Driver is the co-founder of Arts in the Armed Forces, a non-profit that provides free high-quality arts programming to active-duty service members, veterans, military support staff, and their families around the world. He founded the organization with his wife, actress Joanne Tucker, in 2006. He is set to star in Sylvester Stallone's Tough As They Come[51] and Leos Carax's upcoming music drama Annette. He will also reprise his role in Star Wars: The Rise of Skywalker.

What is Adam Driver's net worth?

The famous Hollywood star as Kylo Ren in Star Wars: The Last Jedi, Adam Driver has a net worth estimated at $10 million. His major source of income is his acting career. He widely famous in the entertainment world today. He withdrew approximately $2 million just from his role in Star Wars. He has also done brand endorsements for Budweiser and Snickers. He is now considered as one of the valued actors to be picked by many top directors and producers. Information regarding his cars, houses and other businesses is currently under review.

Who is Adam Driver's wife? 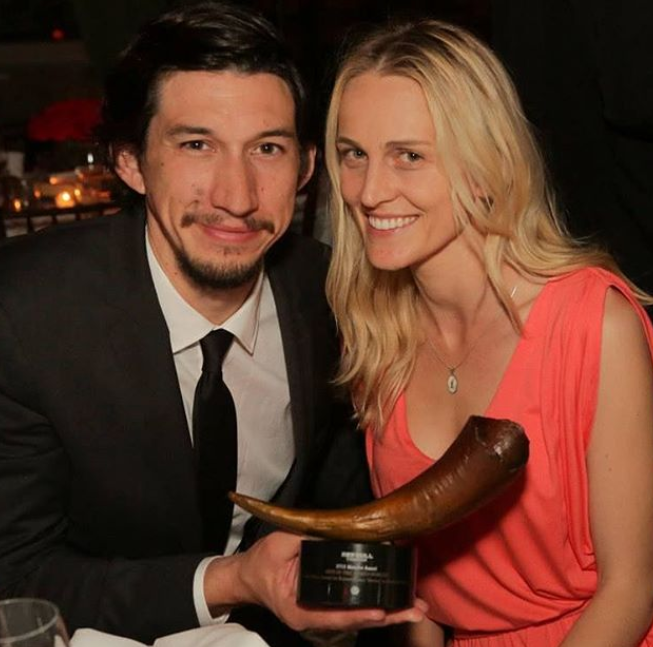 The 'Star Wars' star Adam Driver is a married man. He has been married to his longtime girlfriend, Joanne Tucker, an actress since June 2013. He first met his wife in acting school, Juilliard School who were both happened to be a member of the Drama Division's Group 38 (2005–2009). They have a son, whose birth they kept hidden from the press for two years. They live in Brooklyn Heights with their son and a pet dog. Driver and his wife are co-founders of Arts in the Armed Forces (AITAF), a non-profit that performs theatre for all branches of the military in the United States and abroad.

What is Adam Driver's height?

The Lance Corporal in US marine has a tall height of 6 feet and 3 inches. The height that is perfect for the villain character for the si-fi film as Star Wars. He has well body build. He has a balanced weight of 88kg. The 37 years old, Hollywood star has black hair color and hazel eyes. Further information regarding his body stats, dress size, and shoe size are currently under review. He has a straight sexual orientation.