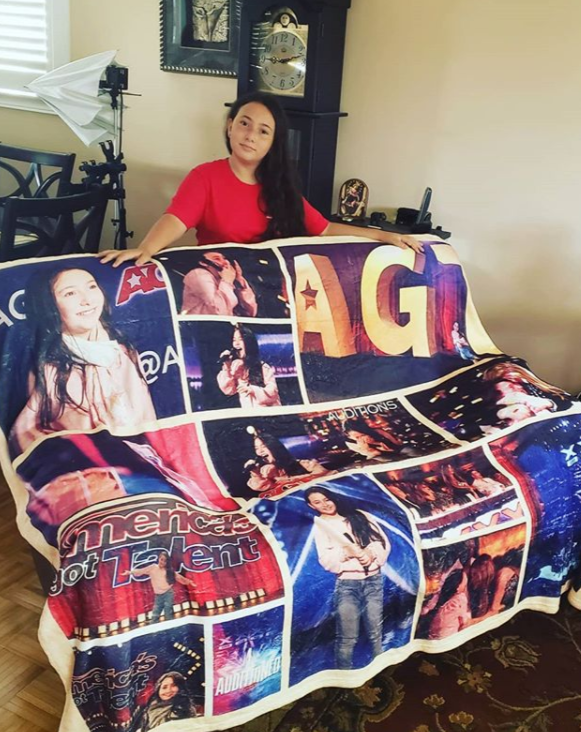 To be on AGT was Roberta Battaglia's dream from her childhood, When she was watching the show with her mom and said "I want to be there one day" and her dream comes true in 2020 AGT 's 15 seasons. She made history on the show AGT (American's Got Talent) as she got a golden buzz for the first time on the show from the judge Sofia Vergara. On the show, she performed ' Shallow' by Lady Gaga and received high praised by the judges and auditions. After the show, she said, "I might be 10 years old, but I have big dreams."

Who is  Roberta Battaglia?

Roberta Battaglia is a dynamic, vocalist from Toronto Canada a ten years old girl. She loves R&B and Jazz singing. She started singing at the age of 3, as her father Alessandro is also a singer. 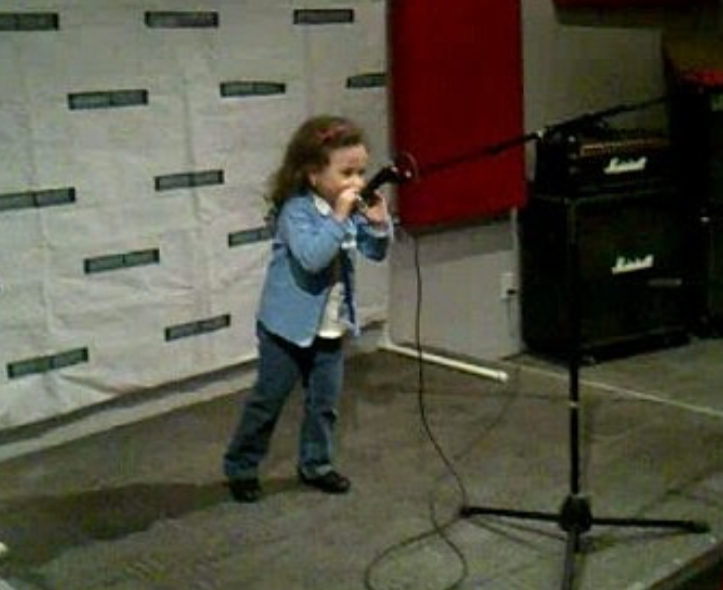 Her parents are Italian so she is fluent in English and Italian. She had done much local community show with her father and they have huge grace on stage. They had done many events, galas, and charity functions together.

She has given her voice in commercial products and special events. She was also seen in competitions like Hidden Talent Toronto. Her special independent appearance was at Idea City presented by television mogul, she also appeared in the kids show on a Breakfast television show which is her favorite show as well, on that show she sang a song of Lady Gaga ' Swallow 'which became viral and got 600k views in a day and 2 million views in one week.

1. First person that got Golden Buzz on the show AGT( America's Got Talent 2020 15 Seasons)

10 years Roberta Battaglia, for her to appear on the show AGT was her dream. When she entered the audition she looked a little nervous, after one sip of water she started singing, and when she started singing all the auditions, and judges were shocked, her voice sounds like a young lady. She cried a lot when she finished her singing many people even the host was crying, and she got the "Golden Buzz" from the judge Sofia Vergara, the first time on the show AGT.

2. Her parents are Italian

Roberta Battaglia's parents were moved from Italy to Canada in 2008. She was born on August 22, 2009, in Toronto, Ontario Canada. Her father Alessandro is a singer, who inspired her to sing in such a young age she always says in an interview that " It's because of him that I'm where I am and doing what I do.". She can sing and talk fluently in both Italian and in the English language.

Roberta shared her picture on Instagram and she captioned "It's my birthday !! Happy 11th Birthday to me". She started her singing career at the age of 3 alongside her father. She was 10 years when she appeared on the show AGT ( America's Got Talent), and she finished her journey on the show being 4th in the finale.

Canadian television show Breakfast called Roberta on their show, as Roberta became famous by her singing on Youtube. On the show, she sang the song "Shallow" a song of Lady Gaga, hosts were blown away after her performance. One host said, "it's the best version". That video went viral as that got over 600k views in one day and got 2 million views in one week. In that video one commenter suggested her to take part in AGT.

5. She raised money for charity

"I just want to see people smile, I love making everyone happy" 10 years Roberta Battaglia has such humble and kind thought there for she has started a charitable initiative designing bracelets that 100% of selling will go for the world-renowned Toronto's hospital "SickKids".She said, " I really like to encourage people, especially kids my age, Whatever dream they have they can achieve it; never stop dreaming, never believing in yourself."

Former Trivium Bassist Brent Young: Everything You Need to Know