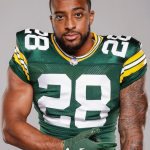 AJ Dillon is an American footballer who is currently playing for the Green Bay Packers of the NFL. His playing position is running back. He played college football at Boston College. As a freshman at Boston College in 2017, he played in all 13 games and rushed for a freshman school-record 1,589 yards on 300 carries with 14 touchdowns. Also, he was named the ACC Rookie of the Year. He played in only 10 of 13 games in his sophomore year. Dillon was drafted by the Green Bay Packers with the 62nd pick in the second round of the 2020 NFL Draft. His shirt number/jersey number is 28 for Green Bay Packers.

Bakersfield native Jordan Love will make his first regular-season start Sunday as an NFL quarterback after Aaron Rodgers tested positive for COVID. Love was drafted in the first round by the Packers in 2020. He's played in two games completing five passes for 68 yards. Green Bay running back AJ Dillon says he sees Love stepping into a leadership role. "Yeah, maybe he hasn't, you know, started an NFL game, but he's a natural-born leader," said Dillon. "And that's something you can kind of see when he's out there. And I think, you know, just having the presence of like you said, Aaron Rodgers, you know, he's been working with, arguably, depending on who you ask if you ask me, the greatest quarterback, you know, to ever play the game, so, you know, to have that tutelage and watch him, you know, go in those shadows go into those lab environments. "A lot of those nuggets, a lot of those lessons have been passed to Jordan in such a short time. And you can definitely see just, you know, that whole like a change from last year. To this year in Jordan from that to knowledge."

Everything That You Need To Know About Jordan Love

What is AJ Dillon Known For? 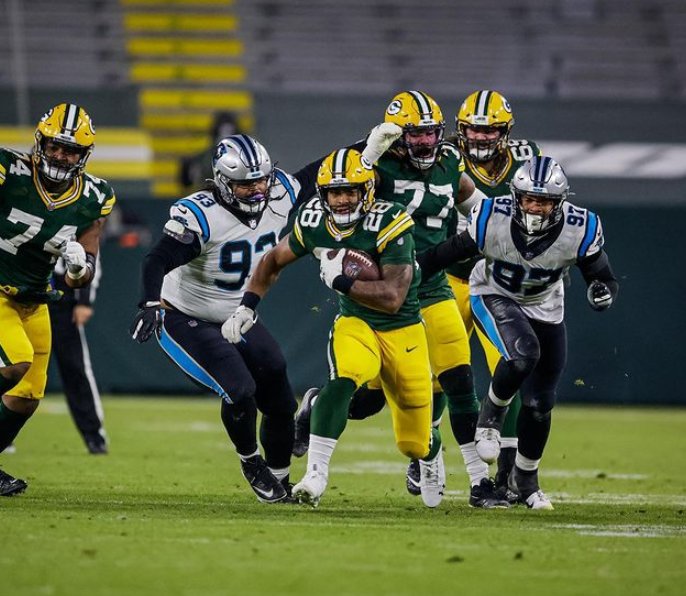 Where is AJ Dillon From? Details About His Ethnicity, Family, and Education

AJ Dillon was born on 2nd May 1998 in Baltimore, Maryland whereas he spent his early childhood in Connecticut where he grew up. His real name is Algiers Jameal William Dillon Jr. He is American by nationality and his ethnicity is African-American. He was born to his father, Jameal Dillon, and his mother, Jessyca Campbell. His Zodiac sign is Gemini and he follows the Christianity religion. There are no details about his siblings. His grandfather, Tom Gatewood, was an All-American college football player at the University of Notre Dame and the captain of the 1972 team as well as a member of the College Football Hall of Fame. He celebrated his 23rd birthday as of 2021.

About his education, Dillon attended Lawrence Academy in Groton, Massachusetts. He played four years at Lawrence, and was clearly the focus of the team’s offense by his sophomore year, when he rushed for 1321 yards and 21 touchdowns, while also starring at linebacker. He rushed for 1,887 yards and 26 touchdowns as a junior. He played in only four games due to a broken leg but still rushed for 635 yards with 12 touchdowns as a senior Then, he originally committed to the University of Michigan to play college football but eventually flipped his commitment and signed with Boston College in 2017. As a freshman, he played in all 13 games and rushed for a freshman school-record 1,589 yards on 300 carries with 14 touchdowns. He played in only 10 of 13 games in his sophomore season, due to an ankle injury suffered against Temple on September 29, 2018. However, he recorded 1,149 total yards and 11 touchdowns, making him the first player in Boston College history to post back-to-back 1,000-yard seasons. He scored his 34th touchdown at Boston College in a game against Clemson on 26th October 2019. He announced on 10th December 2019 stating that he will forgo his senior year eligibility at Boston College and declared for the 2020 NFL draft. His 38 career rushing touchdowns, 40 total touchdowns, and 4,618 all-purpose yards are also program records. 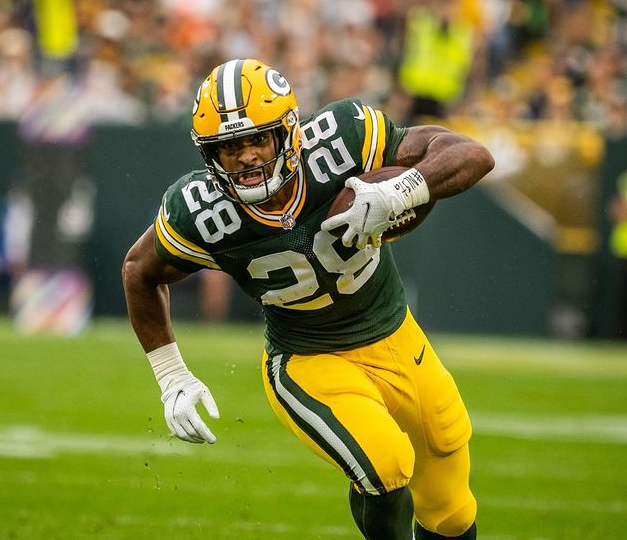 AJ Dillon Girlfriend: Who is AJ Dillon Engaged To?

AJ Dillon is not married yet and he is still to get married but he is currently in a relationship at present. He is an engaged man to his fiancee/long-term girlfriend, Gabrielle Toonen. The duo got engaged on 5th September 2021 after dating for a year. Dillon tweeted a picture of the proposal with the caption, "When you know, you know." Toonen also posted about the proposal on her Instagram. "All my tomorrows belong to you. I can’t wait to spend the rest of my life with my best friend," she wrote. Pictures from Toonen's post-show the couple were with family and friends at Egg Harbor Marina in Wisconsin when Dillon proposed. In addition to preparing for the proposal, Dillon has been getting set for the start of the 2021 NFL season. The 23-year-old figures to play a significant role as the Packers' No. 2 running back after playing behind Aaron Jones and Jamaal Williams as a rookie. Talking about the relationship history of the two, they have had a low-key relationship for a while until announcing the engagement. The very first posts of the two online dates back to March 1, 2021, posted by Gabrielle, with the caption, "Feeling this good should be a sin. Alexa play "Best I ever had" Drake." While AJ posted about his girlfriend for the first time when announcing his engagement. Gabrielle has also been spotted at Green Bay Packers games, supporting her man. Off the field, more recently AJ and his GF were together celebrating her birthday. They are planning to be husband and wife soon. Their bond is going stronger with the passage of time and they are enjoying their life a lot. His sexual orientation is straight and he is not gay. 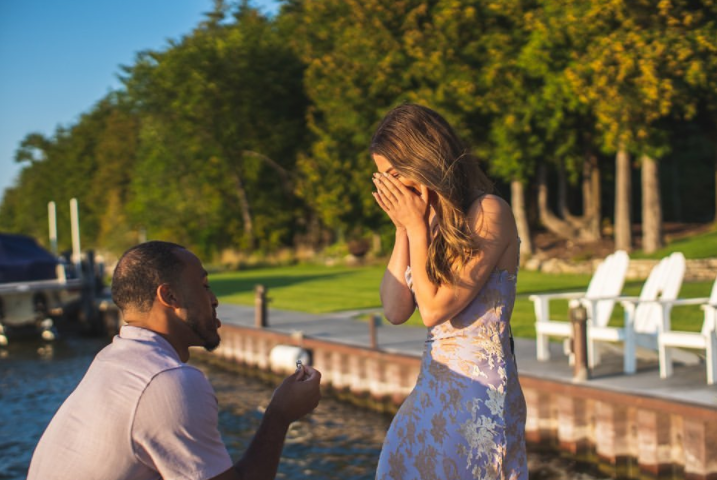 How tall is AJ Dillon?

AJ Dillon is a handsome man with an athletic body build. He has a tall height of 6 feet or 1.83 m. His well-maintained body weight consists of 247 lbs or 112 Kg. His other body measurements such as chest size, waist size are still to get unfold yet. His arms size is  31⅝ inches and his hand size is  9⅝ inches. Overall, he has got a healthy body with a charming smile. He maintains his body a lot by doing frequent exercise. His hair color and eye color, both is black.

Trivias About AJ Dillon You Need To Know.