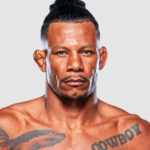 Alex de Oliveira, excellently known as Alex Oliveira is a Brazilian professional mixed martial artist. He is currently competing in the Welterweight division of the Ultimate Fighting Championship (UFC). He has garnered fame for his career in the UFC. He was honored with his third performance of the night distinction in April 2018 with a victory at UFC on Fox. He first worked as a bull rider and construction worker in his native Brazil. He then studied Muay Thai before turning to MMA at age 22. Alex was part of the Fight of the Night for his second time in April 2019. He was also named by ESPN to have taken part in the fight of the year for his bout at UFC 218. His fight against Yancy Medeiros at UFC 218, which he lost, was named by ESPN as their 2017 fight of the year. Additionally, on 5th March 2022, Alex faced Kevin Holland at UFC 272 but badly lost the fight via technical knockout in round two.

What Nationality is Alex Oliveira?

Alex Oliveira stepped into the world for the very first time on 21st February 1988 in Tres Rios, Rio de Janeiro, Brazil. He is birth name is Alex de Oliveira and his nationality is Brazilian. He came from Brazilian-black ethnic background. Similarly, his religion is Christian and his race is black. Alex recently celebrated his 34th birthday as of 2022 and as per his birthdate, his zodiac sign is Pisces. He has not shared any details regarding his parents however we know that he had three brothers of whom two deceased due to violent crime and four sisters. 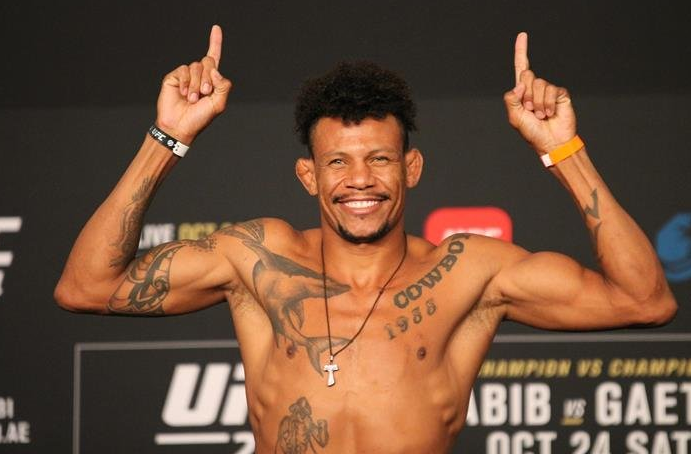 Who is Alex Oliveira's Wife?

Alex Oliveira is a married man. He tied a knot with his beautiful wife Mariana Cassiano with whom he stated that the pair had never actually broken up. His marriage and love life, in contrast to his professional achievements, are kept a well-guarded secret. Alex is the father of more than 10 children from numerous relationships. Furthermore, talking about his sexual orientation, he is straight. 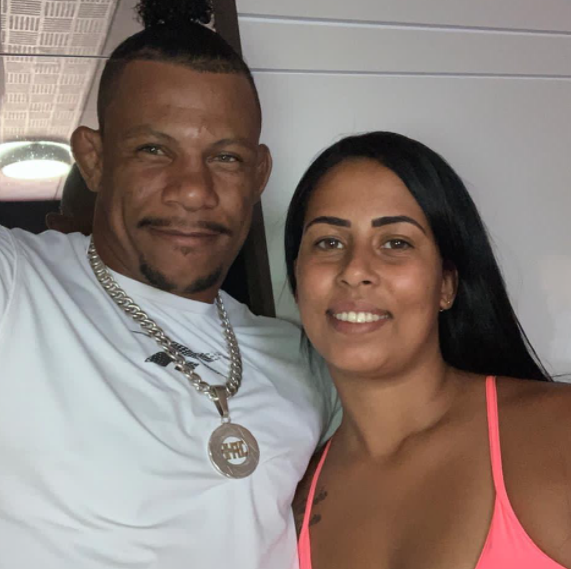 How much is Alex Oliveira's Net Worth?

Alex Oliveira is a versatile guy who has a net worth of $1.25 million as of 2022. He also earns a fine amount of salary which is around $99,000 per year. He is also superbly ambitious and continues to work even harder to reach his set objectives. Oliveira has not done endorsement work for any brands yet. In addition, his major source of income is his MMA career.

What is the height of Alex Oliveira?

Alex Oliveira is 5 ft 11 in (1.80 m) tall and his body weighs around 170 lb (77 kg; 12 st 2 lb). He has black hair and hazel eyes color. Alex also has inked several tattoos on his body which has attracted a lot of people towards him. Moreover, his body build type is athletic.

Trivias About Alex Oliveira You Need To Know.