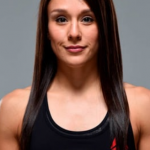 Karen Alexa Grasso Montes professionally known as Alexa Grasso is a Mexican mixed martial artist. At present, she is currently competing in the flyweight division. She is currently signed with the Ultimate Fighting Championship (UFC). As of 14th July 2020, she is #14 in the UFC women's strawweight rankings. She made her MMA debut in the year 2012. She faced Carla Esparza on 21st September 2019, at UFC on ESPN+ 17 where she earned the Fight of the Night award. Recently, against Ji Yeon Kim, she won the fight via unanimous decision.

Alexa struggled to find consistency when competing at strawweight. Due to this, she decided to test herself at 125 pounds on Saturday night. With speed, power, and good conditioning, she was able to outstrike and out work Ji Yeon Kim for all three rounds to win a unanimous decision. The judges all scored the fight 30-27 in favor of Grasso. "I feel amazing in this new weight class," Grasso said following the win. "I just wanted to show you that I'm a very, very hardworking person. I love my job. Every time I step in the cage, you can see I'm evolving" she added. 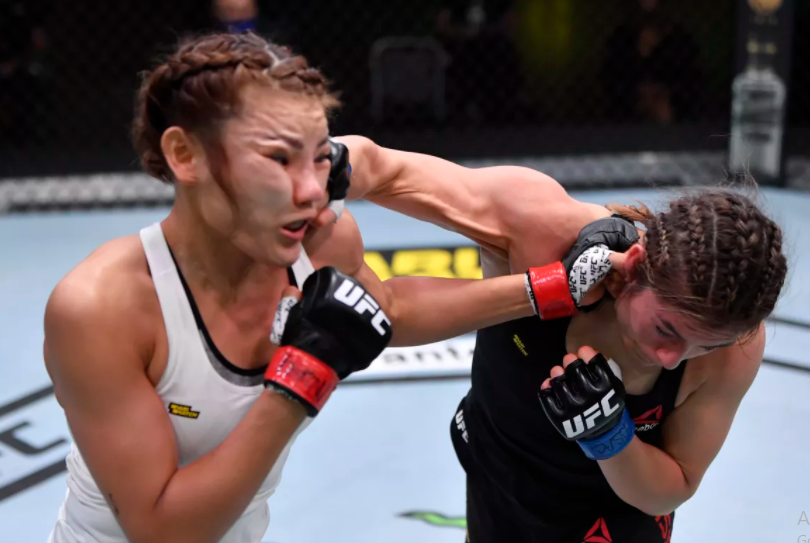 What is the Nationality of Alexa Grasso?

Born on 9th August 1993, Alexa Grasso's birthplace is in Guadalajara, Jalisco, Mexico. Her real name is Karen Alexa Grasso Montes. By nationality, she is Mexican and she belongs to Mexican-White ethnicity. Her race is White. Leo is her Zodiac sign and her religion is Christian. As of 2020, she celebrated her 27th birthday. She was born to her parents; Luis Grasso (father). She has not revealed detailed information about her mother's name and about her siblings.

How was the Career of Alexa Grasso? 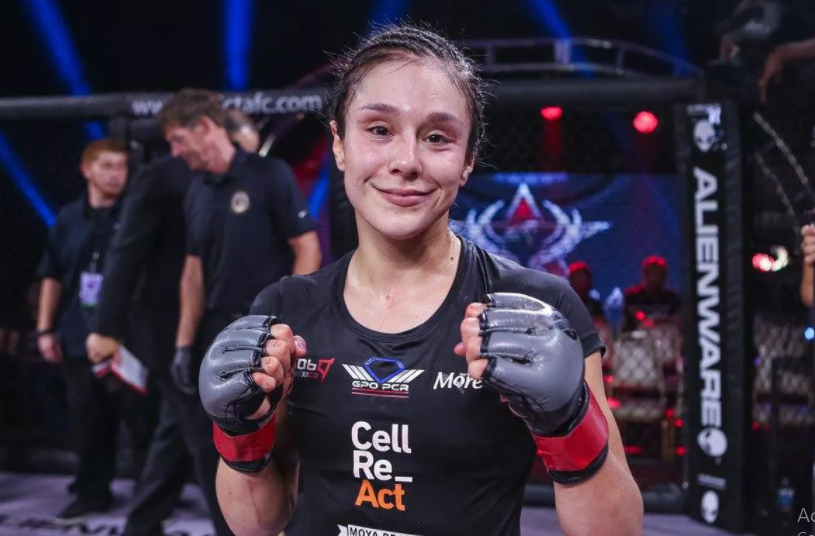 n a women’s flyweight bout on the main card, Joanne Wood and Alexa Grasso meet Saturday at UFC on ESPN 33 at Nationwide Arena in Columbus, Ohio. Joanne Wood lost to Alexa Grasso in the bout. Alexa Grasso picked up a personal milestone at UFC Columbus. The flyweight contender scored the first submission victory of her career on Saturday with a rear-naked choke that forced Joanne Wood to tap in the first round of their contest. This is Grasso’s third straight win since moving up to the flyweight division. Grasso scored an early takedown off of a Wood kick and looked to work from inside guard, but Wood was active on defense and the position led to a stalemate. Wood worked to get the fight back to the feet, then had success with her expert muay Thai technique that allowed her to control the range and score from distance. Wood threw a spinning elbow that glanced Grasso’s head. Unfortunately for Wood, it may have also led to her downfall. It was the first submission for Grasso (14-3) in 17 pro bouts and her first finish since a TKO of Alida Gray in December 2014. On the other side, Wood (15-8) loses for a third straight time and has now lost four of her past five fights.

Everything To Know About Joanne Wood

What is Alexa Grasso's Net Worth & Salary?

Alexa Grasso is a very talented and successful mixed martial artist. She has achieved great success throughout her career. Being a mixed martial artist, she has accumulated a huge amount of money. As of 2020, the net worth of Alexa Grasso is estimated to have $200,000. Her salary/career earning is about $20,000 per fight. She also receives $5,000 extra as a promotional bonus. She has also done endorsement for Reebok. Her major source of earning is from her MMA career. At present, she is satisfied with her earnings.

Who is Alexa Grasso DATING? 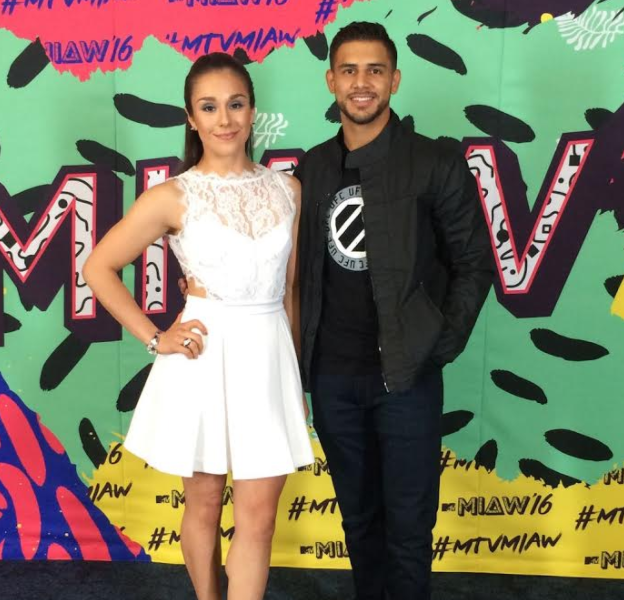 Alexa Grasso is an unmarried lady and she is still to get married. At present, she is not single but she is rumored to be in a relationship with Yair Rodriguez who is also a Mexican mixed martial artist. They both have not confirmed their relationship to the media. Besides this, she is enjoying her life a lot without any kind of disturbances. Her sexual orientation is straight.

How tall is Alexa Grasso?

Alexa Grasso is amazingly beautiful with an attractive personality. With an athletic body build, Alexa Grasso stands tall at the height of 5 ft 5 in. Her balanced weight consists of 52 Kg or 115 lbs or 8.2 st. She has got a strong body with perfect body measurements. She has a strong body. She maintained her body a lot by doing frequent exercises and work out. She is conscious of her health.

Trivias About Alexa Grasso You Need To Know.