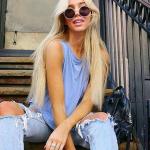 Alexandra Cooper is an American blogger, vlogger, and podcaster, who is best known as the co-host of a trending podcast titled "Call Her Daddy" alongside Sofia Franklyn. Cooper got her initial recognition as an on-air studio anchor with Dirty Water Media in 2016. She even made headlines back in 2017, after she was spotted kissing baseball star, Noah Syndergaard at a Knicks game.

Besides, Cooper gained much fame and stardom as an internet influential celebrity with over 1.1 million followers on her Instagram: @alexandracooper and over 323.3k followers on her Twitter: @alexandracooper. Cooper and Franklyn are again making headlines with their ongoing dispute regarding the "Call Her Daddy" podcast for which on May 22, 2020, Cooper posted a YouTube video updating the Daddy Gang on the situation and providing her side of the story.

What is Alexandra Cooper Famous for?

Where was Alexandra Cooper Born?

Alexandra Cooper was born on August 21, 1994, in Newtown, Pennsylvania, United States. Her birth name is Alexander Cooper. Her nationality is American. Cooper belongs to White ethnicity while Leo is her zodiac sign.

Alexandra Cooper was born as one of the three children of Bryan Cooper(father) and Laurie Cooper(mother). Her father, Bryan used to play hockey at the University of Wisconsin. She grew up along with her siblings: a sister, Kathryn, and brother, Grant. 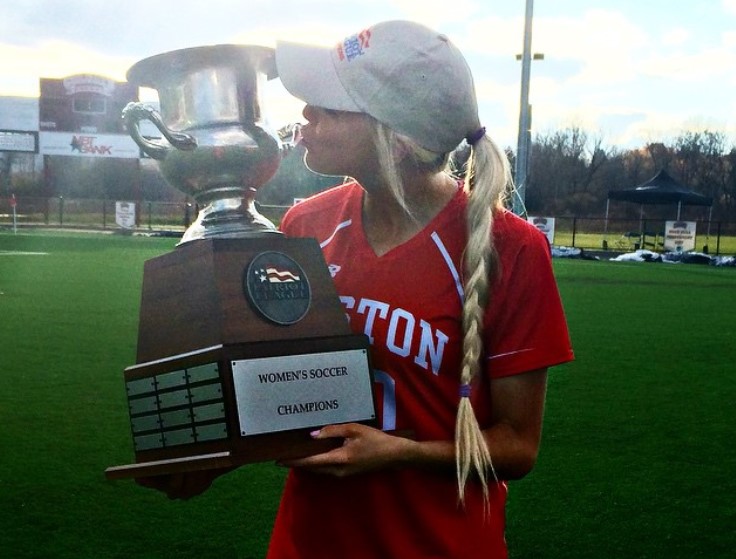 She grew up in her hometown, Newtown, Pennsylvania where she attended Pennington High School. She used to be a very competitive athlete for which she obtained a scholarship to Boston University. She was even the player for the division 1 women’s soccer team. She served as co-captain as a senior as well. She led the team to four MCT Championships and won the Prep-A title all four seasons. She also earned All-Prep First Team and All-area First Team honors as a junior and a senior.

Along with her interest in sports, she developed an interest in the media/entertainment world. She graduated from Boston University receiving a major degree in film and television.

What Does Alexandra Cooper Do For Living?

Alexandra Cooper first worked as a stage manager at Comcast in Hartford in January 2013. She then began working as a production assistant at NBC Sports in Princeton, New Jersey in December 2013. She remained in the job till January 2014. In May 2015, she worked in the events and conferences office at Boston University, till August 2015. Also, She was a client success manager at Social Vantage and as a sports intern at Whdh Channel 7.

On September 29, 2016, Cooper started her career as a vlogger after she created an eponymous channel on YouTube. She has already garnered over 65k subscribes and her total views have counted over 2.8 million.

Alexander Cooper began her career as a podcaster and blogger after she joined the podcast, "Call Her Daddy" owned by Barstool Sports alongside Sofia Franklyn in 2018. The podcast is completely handled by the Barstool after Sofia and Alex signed a three-year contract with the company. 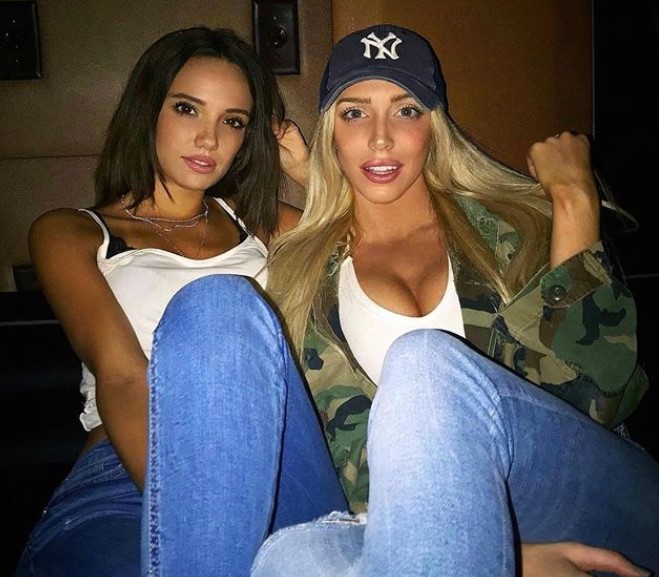 Everything To Know About Sofia Franklyn

The duo came up with the idea about sex education in the bar where they partied together and discussed it. Alexandra and Sofia then framed an idea to form a podcast of their discussion and soon began to start their popular podcast called "Call Her Daddy".

Currently, the podcast is hosted by Cooper only after Franklyn left the podcast claiming that Cooper, who was once her best friend had backfired her not for once but several times. She was disappointed with the fact that she was betrayed by Cooper.

On May 22, 2020, Cooper spoke about the dispute regarding the "Call Her Daddy" podcast after she uploaded a YouTube video titled "The truth about Call Her Daddy" updating the Daddy Gang on the situation and providing her side of the story. She claimed and accused Franklyn's boyfriend, Peter Nelson for advising both the girls to sign a new contract despite an existing contract. 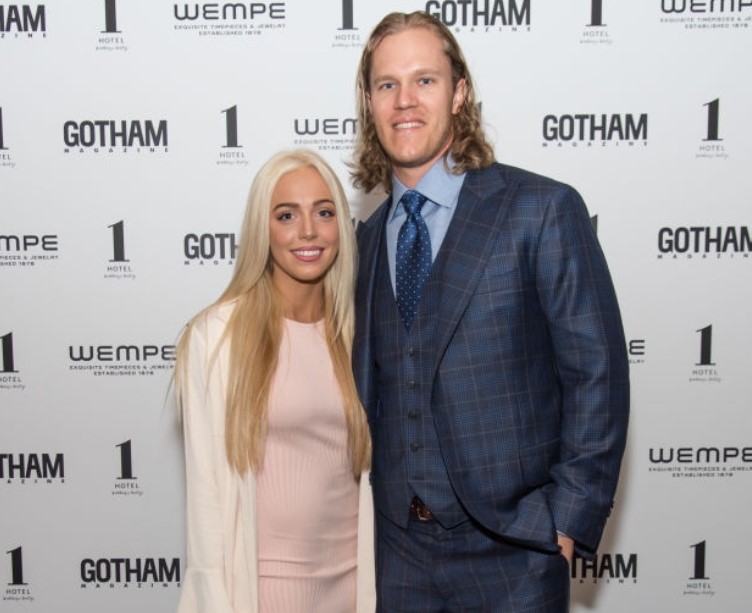 Who is Alexandra Cooper's Dating?

Alexandra Cooper was previously in relation with popular baseball star, Noah "Thor" Syndergaard. Syndergaard is a starting pitcher for the New York Mets with whom Cooper began dating since 2017. Cooper made headlines in April 2017 after she was spotted together with Noah at the Knicks’ April 4, 2017, game against the Chicago Bulls where they were also seen kissing each other.

However, they split after dating for a few months but in 2020, Cooper revealed about being back together with her ex which she didn't mention.

What is the Net Worth of Alexandra Cooper?

Alexandra Cooper has quite good earnings from her career as a podcaster and blogger. Having worked in this field for over 5 years, she has managed to earn a healthy fortune from her podcasts, blogs, and also from social sites.

Her estimated net worth is around $1.5 million including all of her sources, salary from the podcast, and social sites. With her million worth fortune she has managed to live a lavish lifestyle.

How Tall is Alexandra Cooper?

Alexandra Cooper is a gorgeous hot lady in her mid-20s. With her stunning hourglass body physique and sexy looks, Cooper has managed to win several hearts all over the internet. She stands tall with a height of 5ft. 4inches(1.63 m) while her body weighs around 59kg(130 lbs). She has a fair complexion with blonde hair and green eyes.