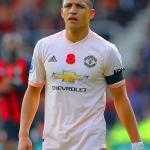 Alexis Alejandro Sanchez Sanchez, professionally known as Alexis Sanchez is a Chilean professional football player. He is popularly dubbed as "El Nino Maravilla (The Wonder Child)". He plays for English club Manchester United and the Chile national team. He plays in the forward position and wears shirt number 7 for both club and country. He started his senior professional career from Cobreloa and has later played for Italian club Udinese, Chilean club Colo-Colo, Argentine club River Plate, Spanish Club Barcelona, and English club Arsenal. He made his Chile senior team debut in 2006. He is the country's all-time leading goalscorer. He has over 9.7 million followers on his Instagram.

What is Alexis Sanchez Famous For?

- Popular Chilean forward who has played in Italy, Spain, and England.

Where was Alexis Sanchez Born?

Alexis Sanchez was born on 19 December 1988. His birth name is Alexis Alejandro Sanchez Sanchez. His birth place is in Tocopilla in Chile. He holds Chilean nationality.

He started his youth career from C.D. Cobreloa. 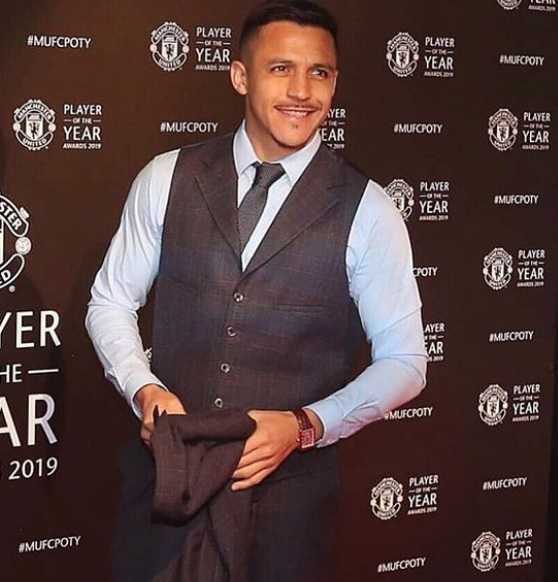 He was promoted to Cobreloa's first team in February 2005.

He made his professional debut in February 2005 against Deportes Temuco.

He scored his first professional goal against Deportes Concepcion in March 2005.

He was one of the youngest players to debut on Copa Libertadores. He was 16 at the time.

Italian club caught an eye of Alexis Sanchez and signed him for 1.7 million pounds in April 2006.

The club immediately loaned him to Chilean giants Colo-Colo.

He made his Colo-Colo debut in June 2006 against Antofagasta.

He scored his first goal for the club in October against Universidad de Chile.

He won his first professional title after defeating Audax Italiano in the Torneo Clausura final in December 2006.

He won Chilean Primera Division, 2006 Clausura, and 2007 Apertura while at Colo-Colo.

After his loan spell completed at Colo-Colo, he was loaned to Argentine club River Plate.

After his loan spell at River Plate, he returned to Udinese.

He made his Serie A debut against Juventus in September 2008.

He scored his first Serie A goal against Lecce in October 2008.

Sanchez and Italian striker Antonio Di Natale became one of the best scoring duos in Serie A 2010-11 season.

FIFA.com named Sanchez the world's most promising youngster of the 2011 season.

He finished his stint with Udinese with 21 goals in all competitions. 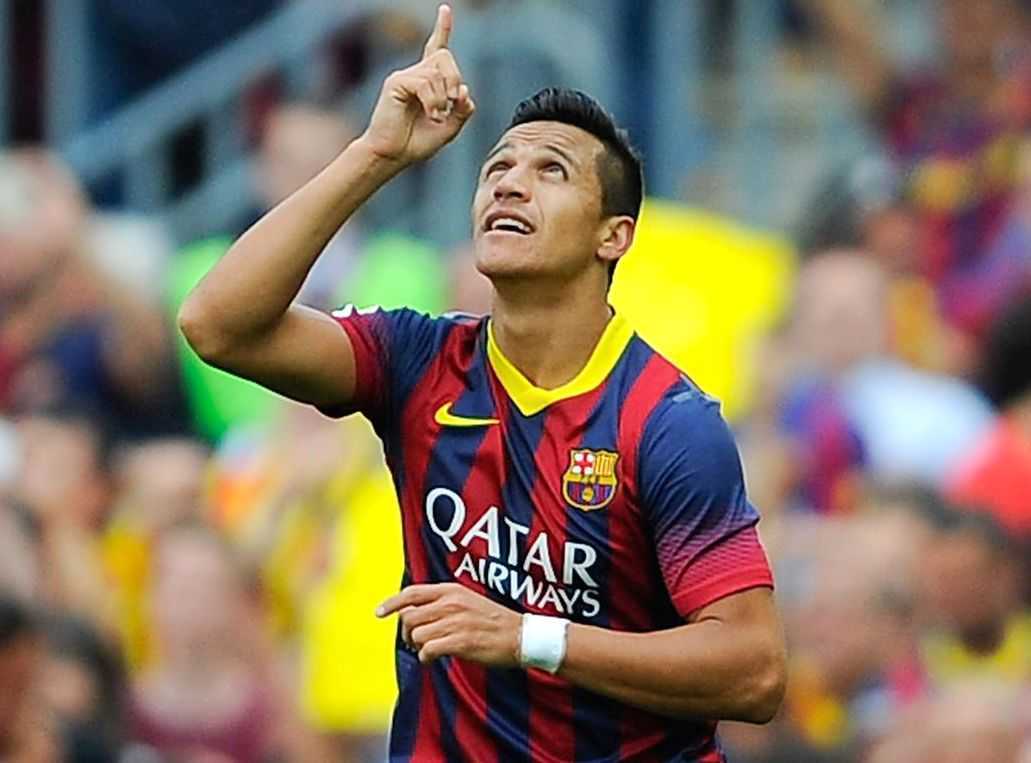 Spanish club Barcelona signed Sanchez in July 2011 for 26 million Euro including 11.5 million bonuses from Udinese. He became the Chilean most expensive player of all time.

He spent three seasons at Barcelona scoring 47 goals in all competitions. 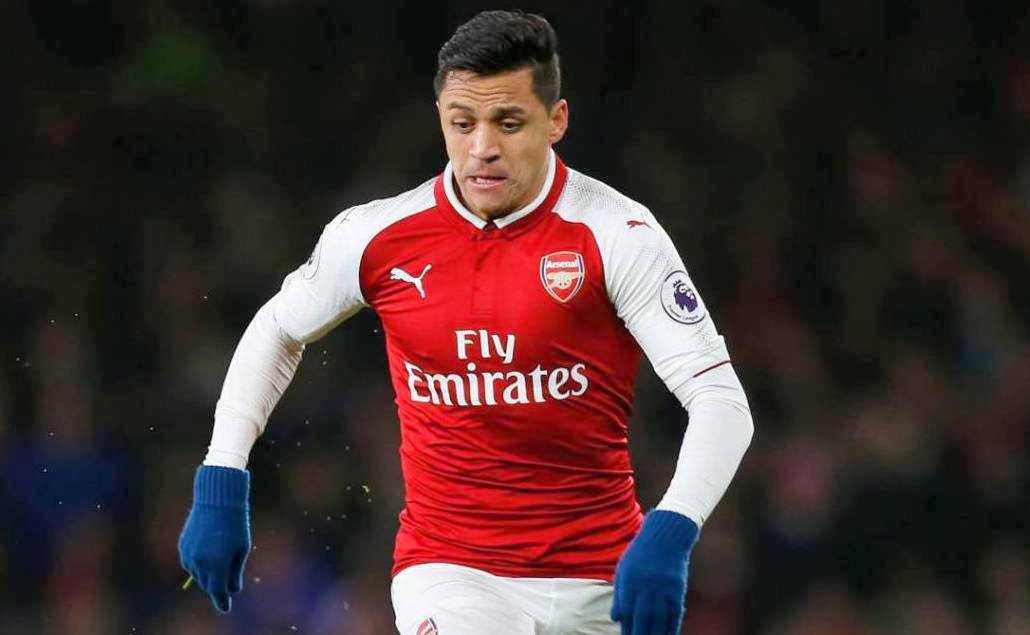 He made his competitive debut for Arsenal against Manchester City in the Community Shield in August 2014.

He made his Premier League debut against Crystal Palace in August 2014.  He scored his first goal for Arsenal against Besiktas in the same month.

He scored a hat-trick for Arsenal in a 5-2 win against Leicester City in September 2015 making him the first player to score hat-tricks in each of the Premier League, Serie A, and La Liga.

He spent 3 and a half seasons at Arsenal scoring 80 goals in all competitions including 60 league goals. 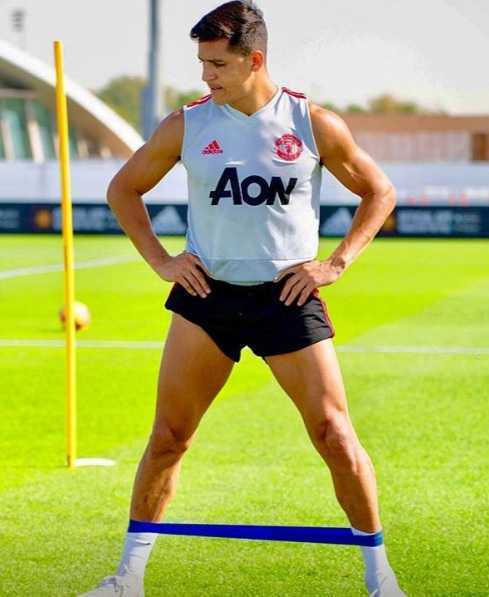 Manchester United signed Alexis Sanchez from Arsenal in January 2018 in a swap deal for Henrikh Mkhitaryan. He made his debut for the club against Yeovil Town in the fourth round of the FA Cup making him the first Chilean to play a competitive match for United.

Sanchez was one of the key players in the Chilean U20 team that finished third in the 2007 FIFA U20 World Cup.

He is Chile's most capped player and all-time top goalscorer.

Chile won their first major title, Copa America 2015, where Sanchez was a key player. Chile defeated Argentina in a penalty shootout in the final.

Sanchez was once again the key player in the Chilean squad that defended Copa America title, Copa America Centenario in 2016. Once again, the defeated Argentina in a penalty shootout in the final. Sanchez won the tournament's Golden Ball as the best player.

Sanchez helped Chile to reach 2017 FIFA Confederations Cup final, where they were defeated by Germany.

Serie A Player of the Month: February 2011

2016 Copa América Team of the Tournament

Who is Alexis Sanchez Married to?

Alexis Sanchez has maintained a low profile regarding his personal life. He is reportedly dating Chilean actress Mayte Rodriquez.

What are Alexis Sanchez Body Measurements?

Alexis Sanchez stands at a height of 1.69 m i.e 5 feet and 7 inches tall. He has a body weight of 62 kg. He has an athletic body build. He has dark brown eyes and his hair color is black.

What is Alexis Sanchez Net Worth?

Alexis Sanchez earns from his professional football career. He has played for several clubs to date. His income comes from salary, bonuses, contracts, and endorsements. He became the most expensive Chilean player of all time when he joined Spanish club Barcelona in 2011. He has endorsement deals with Huawei and Pepsi. His annual salary at Manchester United is reported at $32.7 million. His net worth is estimated at $30 million.

Trivias About Alexis Sanchez You Need To Know.