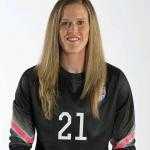 Alyssa Michele Naeher, professionally known as Alyssa Naeher is an American soccer player. She plays as a goalkeeper for the Chicago Red Stars and the United States women's national team. She has previously played for SoccerPlus Connecticut, Boston Breakers, and Turbine Potsdam. She represented various US youth teams before representing US senior women's team in 2014. She has won FIFA Women's World Cup with US national women's national team in 2015 and 2019.

What is Alyssa Naeher Famous For? 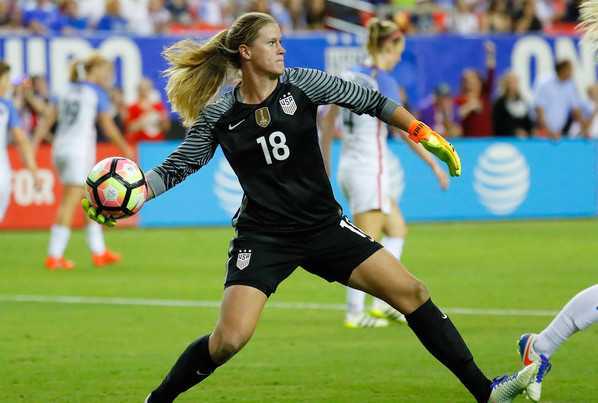 Where was Alyssa Naeher Born?

Alyssa Naeher was born on 20 April 1988. Her birth name is Alyssa Michele Naeher. Her birth place is in Bridgeport, Connecticut in the United States. She holds American nationality. She was born to a father, John Naeher and a mother, Donna Lynn Naeher. She has a twin sister Amanda and a younger sister Abigail. She is a Christian.

She attended Christian Heritage School. She became a three-time All-State, three-time FAA All-Conference selection, Parade All-American, and two-time NSCAA Youth All-American. She also excelled at basketball scoring over 2,000 points during her high school career. After high school, she attended Penn State University. She played 74 games during her university years with a record of 50-19-5 with 24 shutouts. She was a First Team All-American in 2007 and 2008. She was also named the Big 10 Defensive Player of the Year in 2007. 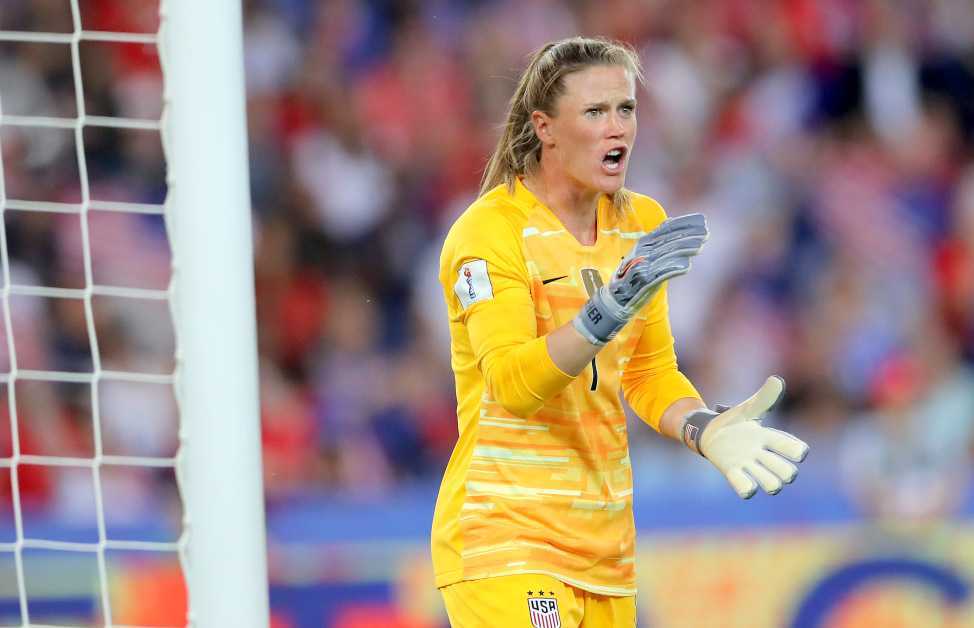 Boston Breakers selected her with the 11th overall pick in the 2010 Women's Professional Soccer draft. She recorded her first career shutout against the Atlanta Beat in August 2010. The Breakers finished second in the WPS standings.

She transferred to German Bundesliga club Turbine Potsdam after the conclusion of the 2011 WPS season. She helped the club to win the 2011-12 Frauen-Bundesliga. 2012 WPS season was suspended. She returned to Potsdam for the 2012/13 season.

The Boston Breakers traded her to the Chicago Red Stars in November 2015. She earned her 100th NWSL cap in a 2-2 draw against the Portland Thorns in August 2018. 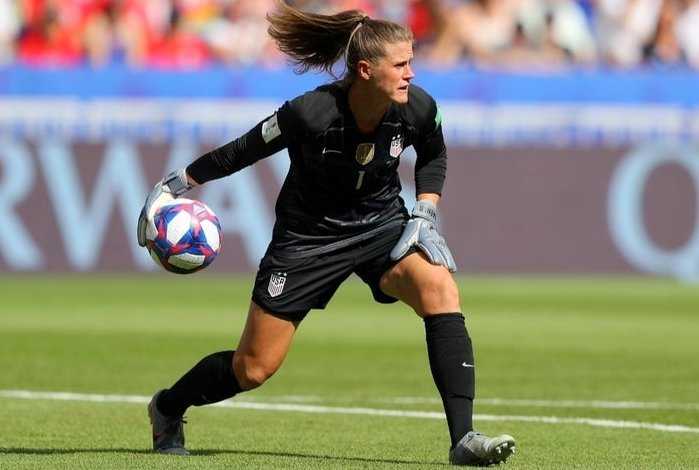 She has represented various US women's youth teams.

She was the starting goalkeeper for the US U20 team that won the 2008 FIFA U20 Women's World Cup, where she also received the Golden Glove Award conceding only a goal throughout the tournament.

She made her senior international debut against Argentina in December 2014.

She was a backup goalkeeper for the US Women's national team that won the 2015 FIFA Women's World Cup. She did not play a single game.

She became the US women's national team's first choice goalkeeper after the US lost the 2016 Summer Olympics.

She was the first choice goalkeeper for the US women's national team that won the 2018 CONCACAF Women's Championship and 2019 FIFA Women's World Cup.

CONCACAF Goalkeeper of the Year: 2018

Who is Alyssa Naeher Dating?

Alyssa Naeher is unmarried. No personal information about her has surfaced yet. She has maintained a low personal life.

What are Alyssa Naeher Body Measurements?

What is Alyssa Naeher Net Worth?

Alyssa Naeher earns from her professional soccer career. Her income comes from salary, prize money, bonuses, contracts, and endorsements. Her salary is not available at present. It will be updated soon. Her net worth is estimated at $500,000.

Trivias About Alyssa Naeher You Need To Know.