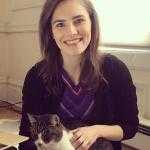 Amanda Marie Knox popularly known as Amanda Knox is an American citizen who spent almost four years in prison in Italy. She was convicted for the murder of Meredith Kercher, a fellow exchange student who shared her apartment in 2007. However, she was acquited by the Italian Supreme Court of Cassation in 2015. The European Court of Human Rights (ECHR) ordered Italy to pay compensation of 18,400 Euros (US$20,800) to her for violating her rights in the hours, not providing either a lawyer or a competent interpreter, after her arrest in Perugia.

24 January 2019, the European Court of Human Rights (ECHR) ordered Italy to pay a  compensation of 18,400 Euros (US$ 20,800) to Knox for violating her legal rights in the hours after she was arrested and taken into custody in Perugia.

After she was arrested as the prime suspect of the murder of her flatmate, Meredith Kercher back in 2007, the authorities did not provide her a lawyer or a competent interpreter when she was first held in custody.

Knox and her then-boyfriend were accused and charged with the murder of Meredith Kercher and served almost four years in Italian prison. She was released in 2011 after the second trial. The Supreme Court of Cassation first proved them guilty of murder in January 2014 but acquitted them of murder in the final decision in March 2015.

Amanda Marie Knox was born on 9 July 1987. She was born to father, Curt Knox, and a mother, Edda Mellas. Her birth place is in Seattle, Washington in the United States. She holds American nationality. She has 3 younger siblings. Her parents divorced when she was a few years old. Her mother then married an information technology consultant, Chris Mellas. She attended Seattle Preparatory School, where she graduated in 2005. She enrolled at the University of Washington, where she studied linguistics.

In Perugia, she shared a four-bedroom, ground-floor apartment in a house at Via Della Pergola 7 with Meredith Kercher and two Italian women. Knox moved in at the house on 20 September 2007, where she met Kercher for the first time. She was a part-time employee at a Le Chich bar, owned by Diya Patrick Lumumba. Some young Italian men had rented the walk-out semi-basement of the house. They were friendly with both Knox and Kercher. Those young Italians had a basketball court acquaintance, Rudy Guede, who attached himself to the group of Kercher, Knox, and their basement friends. Both Kercher and Knox used to spend time with the Italians at the basement. Kercher started dating Giacomo and Knox started dating Raffaele Sollecito, whom she met at a concert.

After Knox started seeing Sollecito, she started spending her time at his flat, five minutes away from her apartment. On 2 November 2007, Knox called Kercher's English phone. Kercher did not answer it. She then called one of the Italian whom they shared the apartment with saying that she was worried about something not wrong as she noticed an open front door, bloodstains in the bathroom, and Kercher's bedroom door locked. Knox and her boyfriend, Sollecito went there to find out what had happened there, unsuccessfully tried to break in the bedroom door. Knox then called her mother, who suggested her to call the police.

Sollecito then called the Carabinieri. Police telecommunications investigators arrived to inquire about an abandoned phone, which they found dumped. When the door to Kercher room was forcibly opened, they discover the body of Kercher on the floor, stabbed and died from exsanguination due to neck wounds.

The first detectives to arrive on the scene were Monica Napoleoni and her superior Marco Chiacchiera. They conducted initial interviews with Knox and Sollecito. They were interviewed several times as they were the prime suspects of the crime. She was not provided with legal counsel or a competent interpreter. She was allowed to meet her lawyer later. She stated that she was not given food, water, and access to the bathroom. Lumumba was also taken into custody and charged with murder. Lumumba's alibi checked out and bloodstained fingerprints of Rudy Guede were found on bedding under Kercher's body. Guede who had fled from Italy was brought from Germany. Knox, Sollecito, and Guede were charged with committing the murder together.

During the first trial in 2009, Knox and Sollecito pleaded not guilty at a Corte d'Assise on charges of murder, sexual assault, carrying a knife, simulating a burglary, and theft of 300 euros, two credit cards, and two mobile phones.

The prosecution claimed Knox attacked Kercher in her bedroom, repeatedly banged her head against a wall, forcefully held her face, tried to strangle her. Guede, Knox, and Sollecito had removed Kercher's jeans and held her on her hands and knees while Guede sexually abused her. Then, Knox had cut Kercher with a knife before inflicting the fatal stab wound, and then later faked a burglary.

Knox was convicted on charges of faking a break-in, defamation, sexual violence, and murder, and was sentenced to 26 years imprisonment on 5 December 2009. She was 22-years old then, whereas her boyfriend Sollecito was sentenced to 25 years in prison.

The verdict was viewed as a miscarriage of justice in the United States and created controversy all around. A number of US experts spoke out against DNA evidence used by the prosecution. Greg Hampikian, director of the Idaho Innocence Project concluded that the forensic results from the crime scene pointed to Guede as the only culprit.

The appeal trial (second trial) of Knox began in November 2010. The court ordered the review of the contested DNA evidence by independent experts, which concluded that no evidential trace of Kercher's DNA had been found on the alleged murder weapon, which police found in Sollecito's kitchen.

The false accusation conviction in relation to her employer was upheld, and Judge imposed a three-year sentence, which Knox had already served. She was immediately released. She returned to her home in Seattle. She wrote a letter to Corrado Maria Daclon, Secretary General of the Italy-USA Foundation, the day after regaining her freedom:

"To hold my hand and offer support and respect throughout the obstacles and the controversy, there were Italians. There was the Italy–USA Foundation, and many others that shared my pain and that helped me survive, with hope. I am eternally grateful for their caring hospitality and their courageous commitment. To those that wrote me, that defended me, that stood by me, that prayed for me... I am forever grateful to you."

The Supreme Court of Cassation heard the ultimate appeal by Knox and Sollecito and acquitted them of the murder on 27 March 2015.

The Court published the report on the acquittal on 7 September 2015 stating "glaring errors", "investigative amnesia", and "guilty omission", where a five-judge panel said that the prosecutors who won the original murder conviction failed to prove a "whole truth" to back up the scenario that Knox and Sollecito killed Kercher. They also cited that there were "sensational failures" in the investigation and that the lower court had been guilty of "culpable omissions" in ignoring expert testimony that demonstrated contamination of evidence.

The European Court of Human Rights (EHCR) ordered Italy to pay compensation of 18,400 Euros (US$20,800) for violating her rights in the hours after her arrest in Perugia. Back then, the authorities did not provide her lawyer or a competent interpreter when she was first held in custody.

Knox completed her degree after returning to the United States. She worked on a book about her case. Her family incurred large debts from the years of supporting her in Italy and were left insolvent. The proceeds from Waiting to Be Heard: A Memoir paid legal fees to her Italian lawyers. She became a reviewer and journalist for the then West Seattle Herald. She attended events of the Innocence Project and related organizations. She said in an interview in 2017 that she has devoted herself into writing. She has also been working as an activist for the wrongfully accused.

She is currently engaged to Christopher Robinson. They got engaged in 2018. They first met at a book launch event. When they first met, Robinson did not know who Knox was.