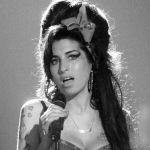 Amy Winehouse was a British singer and songwriter who was well known for her hit album titled "Back to Black" which earned her several Grammy awards becoming the best-selling album of the twenty-first century in the UK.

Her deep, expressive contralto vocals and the marvelous eclectic mix of musical genres earned her much fame and popularity in the music industry for a decade long until her death on July 23, 2011, due to alcohol poisoning. She was just 27 years old at the time.

Enlisted to be one of the 100 Greatest Women in Music, Amy Winehouse also became the first British woman to win five Grammys in 2008 tying the then-record for the most wins by a female artist in a single night.

What was Amy Winehouse famous for?

Where was Amy Winehouse born?

Amy Winehouse was born on September 14, 1983, in London, England. Her birth name was Amy Jade Winehouse. Her nationality was British. Amy belonged to White ethnicity while Virgo was her zodiac sign.

Born as the daughter of a Jewish family; a taxi driver father, Mitchell Winehouse, and a pharmacist mother, Janis, Amy grew up alongside her older brother, Alex in London's Southgate area where she attended Osidge Primary School.

Growing up she developed an interest in singing that she was even enrolled at the Susi Earnshaw Theatre School for four years to receive vocal education.

She got her first guitar when she was 14 years old and the following year, she began writing her music.  Her paternal grandmother was also a singer and she and Amy's parents influenced her interest in jazz music. Later, she received training at the Sylvia Young Theatre School, and even appeared in an episode of ‘The Fast Show’.

How Did Amy Winehouse Die?

Amy Winehouse passed away on July 23, 2011, just three days later she made her last public appearance at Camden's Roundhouse. She was just 27 years old at the time she died of alcohol poisoning.

Her death left her family, friends, relatives, and fans in grief and shock as she was in her peak with her album but it got worse because of her worst habit of drinking and drug use.

She battled with substance abuse throughout her adulthood which was even the subject of much media attention. She went through a period of drinking, heavy drug use, and weight loss in 2005.

Later, she admitted to having problems with self-harm, depression, and eating disorders. Her physician also claimed that Winehouse was treated with Librium for alcohol withdrawal and anxiety in 2010 but had refused psychological therapy.

Who was Amy Winehouse in a relationship?

Amy Winehouse was dating her boyfriend, Reg Traviss at the time of her death. Traviis is a British writer and director who came to public attention in the UK in 2006 with the theatrical release of his debut feature film, "Joy Division". The couple was in a relationship from early 2010 and even had planned to get married soon until the day she died.

Previously, she was married however she had troublesome marriage as it was marked by physical violence and drug abuse. Her ex-husband, Blake Fielder-Civil, a former video production assistant was even the one who had introduced the singer to illegal drugs. After dating on and off for several years, the couple finally got married in 2007 however got divorced two years later.

She also had dated chef-musician Alex Clare back in 2006, and after her divorce with Blake, she was seen alongside actor, Josh Bowman in 2009, and for a while, she had forgotten about drugs.

Besides, she was involved with various charities like CARE, Christian Children’s Fund, Red Cross, Anti-Slavery international.

Amy Winehouse had quite good earnings from her professional career as a singer and songwriter. Having her career started initially as an entertainment journalist for the World Entertainment News Network while she was a teenager, Winehouse had managed to come a long way up becoming one of the popular singers earning Grammy awards.

Her source of income was her music deals, contract deals, and her songs. Including which she had a net worth estimated to be around $15 million. Following her death, it must have been inherited by her parents.

Amy Winehouse was a beautiful lady with a well-maintained average body physique in her late-20s at the time. She had a height of 5ft. 3inches.(1.60m) while her body weight was around 50kg(110 lbs).

She had a fair complexion with black hair and brown eyes. Winehouse was skinny and had tattoos all over her arms with her distinctive hairstyle, eyeliners, and her shorts.