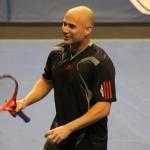 Andre Agassi is an American retired professional tennis player, businessman, and Philanthropist. He is widely popular as former world No. 1 whose career spanned from the late 1980s to the early 2000s. In singles, Agassi is an eight-time Grand Slam champion and a 1996 Olympic gold medalist, as well as being a runner-up in seven other Grand Slam tournaments. Agassi was one of the greatest tennis players during the 1990s and early 2000s.

What is Andre Agassi famous for? 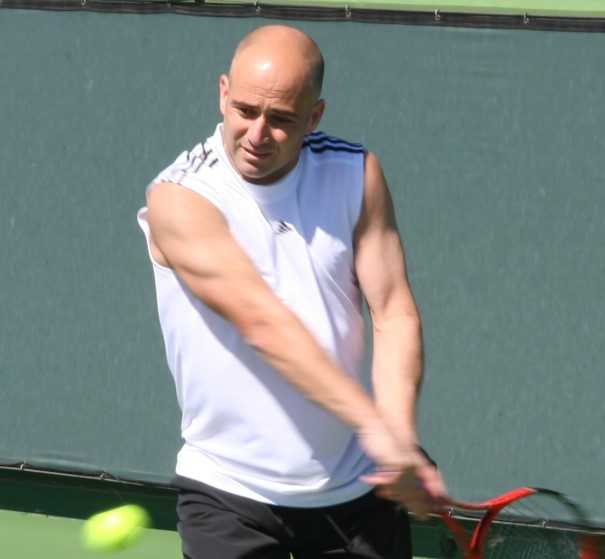 Where is Andre Agassi from?

Andre Agassi was born as Andre Kirk Agassi in Las Vegas, Nevada, the US on April 29, 1970, to Emmanuel "Mike" Agassi, a former Olympic boxer from Iran and Elizabeth "Betty" Agassi (Dudley). His nationality is American and he belongs to Armenian-American ethnicity. His religion is Christianity and his zodiac is Taurus. He grew up with his three older siblings – Rita (last wife to Pancho Gonzales), Philip and Tami. From an early age, he was in tennis. Agassi at the age of 12 (with his good friend and doubles partner Roddy Parks) won the 1982 National Indoor Boys 14s Doubles Championship in Chicago. Regarding his education, He dropped out in ninth grade after he was offered to go to Nick Bollettieri's Tennis Academy in Florida.

What does Andre Agassi do?

Andre Agassi began playing tennis at the age of 13.Agassi turned professional at the age of 16 and competed in his first tournament at La Quinta, California. During the Open Era, Agassi was the first male player to win four Australian Open titles, a record that was later surpassed by Novak Djokovic in 2015, and then by Roger Federer in 2017. Agassi is one of five male singles players to achieve the Career Grand Slam in the Open Era and one of eight in history, the first of two to achieve the career Golden Slam (Career Grand Slam and Olympic Gold Medal, the other being Rafael Nadal), and the only man to win the Career Golden Slam and the ATP Tour World Championships: a distinction dubbed as a "Career Super Slam" by Sports Illustrated. Agassi was the first male player to win all four Grand Slam tournaments on three different surfaces (hard, clay and grass), and the last American male to win both the French Open (in 1999) and the Australian Open (in 2003).[9] He also won 17 ATP Masters Series titles and was part of the winning Davis Cup teams in 1990, 1992 and 1995.[10] Agassi reached the world No. 1 ranking for the first time in 1995 but was troubled by personal issues during the mid-to-late 1990s and sank to No. 141 in 1997, prompting many to believe that his career was over. Agassi returned to No. 1 in 1999 and enjoyed the most successful run of his career over the next four years. During his 20-plus year tour career, Agassi was known by the nickname "The Punisher".

When Did Andre Agassi Retire?

After suffering from sciatica caused by two bulging discs in his back, a spondylolisthesis (vertebral displacement) and a bone the spur that interfered with the nerve, Agassi retired from professional tennis on September 3, 2006, after losing in the third round of the US Open to Benjamin Becker. Since retiring after the 2006 US Open, Agassi has participated in a series of charity tournaments and continues his work with his charity. Besides playing, He is the founder of the Andre Agassi Charitable Foundation, which has raised over $60 million for at-risk children in Southern Nevada. In 2001, the Foundation opened the Andre Agassi College Preparatory Academy in Las Vegas, a K-12 public charter school for at-risk children. He also has many business ventures. 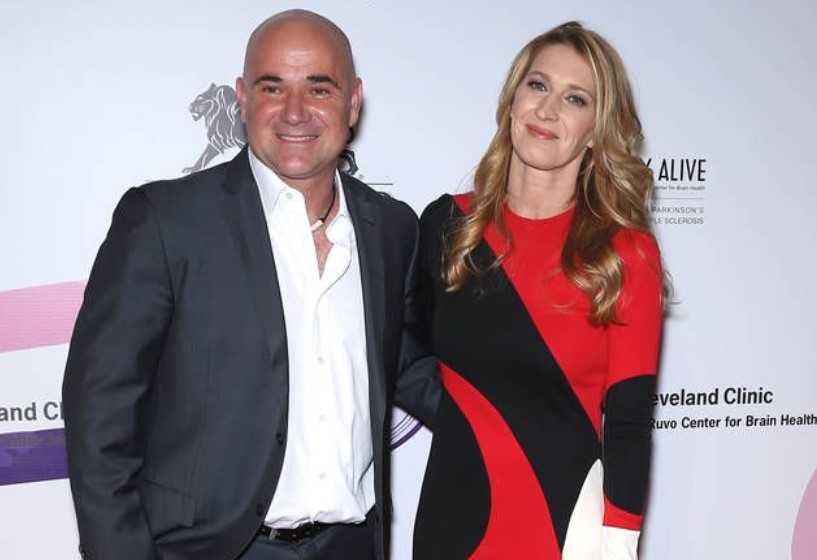 Agassi is a married man. He was married to Brooke Shields from 1997 to 1999. He has then been married to fellow tennis player Steffi  Graf since 2001. They have two children: son Jaden Gil (born 2001) and daughter Jaz Elle (born 2003). The Graf-Agassi family resides in Summerlin, a community in the Las Vegas Valley. Agassi has previously dated Wendi Stewart in the early 1990s and  American singer and entertainer Barbra Streisand after that. Andre Agassi now spends his retirement spending time with his family, building his business and giving back to his community.

How much is Andre Agassi worth?

In 2007, he sat on the board of Meadows Bank.n 1999, he paid $1 million for a 10 percent stake in Nevada First Bank and made a $10 million profit. He also earned more than $25 million a year through endorsements including brands like Donnay, Head Ti Radical, Nike and Adidas during his career. His sponsorships include companies like, DuPont, Ebel, Mountain Dew, Mazda, Kia Motors, American Express, Deutsche Bank, Canon Inc., Schick and couple other more, His cars and house details are currently not known and are under review.

What is Andre Agassi's height?

The former world no. 1 tennis player, Andre Agassi has a tall height of 5' 11" tall. He has a slim body build that weighs around 75kg. The eight-times grand slam winner has a bald head and dark brown eyes color. He is now 46 years old. He has a straight sexual orientation. His other measurements are not yet known and are currently under review.

Trivias About Andre Agassi You Need To Know.