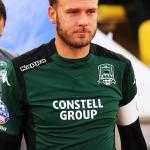 Granqvist was born on April 16, 2018, in Påarp, Sweden, son of Rose-Marie Granqvist and Tommy Granqvist.Granqvist started his career with his local club, Paarps GIF.

Granqvist started his career with Helsingborgs IF in 2004. He later transferred to Helsingborgs IF and he made his debut in Allsvenskan, 2004. Two years later he was team captain, when the club won its third Swedish Cup title, beating Gefle with 2–0. He scored his first international goal against  San Marino on September 7, 2010, during UEFA Euro 2012 Qualifiers. In May 2018 he was named in the 23-man Sweden squad for the 2018 FIFA World Cup in Russia. He captained the team for their opening World Cup fixture against South Korea on 18 June 2018.