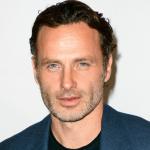 An English born Actor and director Andrew Lincoln is famous for his voice in the Uk as he provides voice-overs for both television and radio. After graduation from the Royal Academy of Dramatic Art Drama School (RADA) drama school, he began to use "Andrew Lincoln" as his stage name.

Lincoln's first big break came when he was cast as Edgar 'Egg' Cook in the popular UK drama series This Life (1996). Various roles followed including that of teacher Simon Casey in the Channel 4 series Teachers (2001), and as Mark in the hit film Love Actually (2003). In 2010, he was cast in The Walking Dead (2010), a live-action drama series based on the comic of the same name. Lincoln plays the lead character of Rick Grimes. He won the Saturn Award for Best Actor on Television in 2015 and 2017 respectively.

What is Andrew Lincoln famous for? 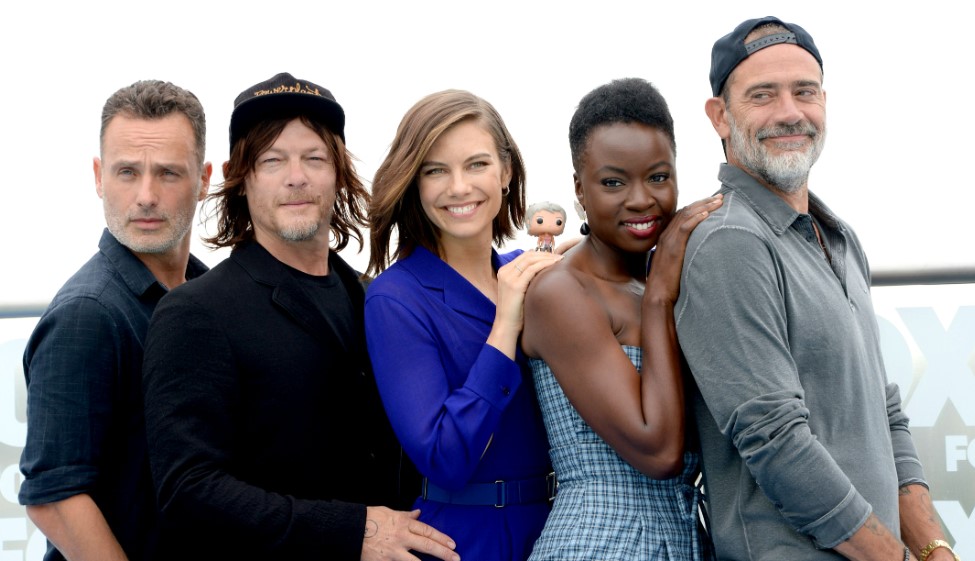 Where is Andrew Lincoln From?

Real name Andrew James Clutterbuck (Andrew Lincoln was named after graduation from the Royal Academy of Dramatic Art Drama School as a stage name). He was born on September 14, 1973, in Hull, Yorkshire, London into a working-class family and relocated with his family in Bath, Somerset when he was 10 years old. He hasn't disclosed his father's and mother's name but his father was a civil engineer and his mother was a nurse. He is a white ethnicity from his father's side and South African from his mother's side. He has one elder brother named Richard Clutterbuck who grew up together. He holds a British nationality and he is Roman Catholic by his religion and he is Virgo by his zodiac sign.

He has attended Beechen Cliff School at the age of 9 and after leaving school, he studied at the Royal Academy of Dramatic Art Drama School (RADA) in London.

As he is connected with social media he has gathered a huge fan following:

While attending ‘Beechen Cliff School’ in Somerset, he played the first role of his life. He played ‘The Artful Dodger’ in a play titled ‘Oliver!’ He was 14 years old at that time and the experience of acting on stage profoundly impacted him. Following this, he decided to turn it into a full-time profession. while in high school, Andrew devoted an entire summer learning at the National Youth Theatre in London and became interested in acting as a career. Following his graduation, he attended the "Royal Academy of Dramatic Art" in London. 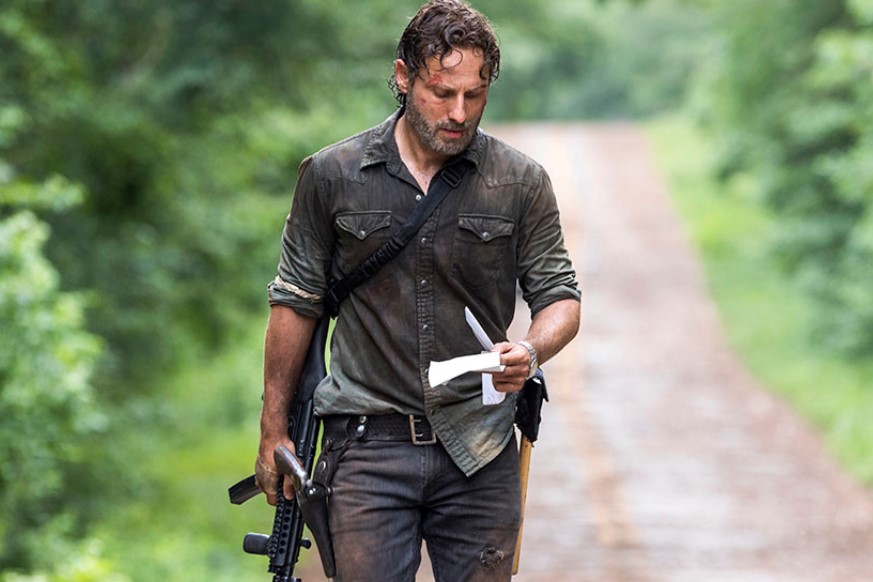 He started his on-screen acting career with a guest role in the series ‘Drop the Dead Donkey.’ He made his film debut in 1995, with one of the lead roles in the award-winning film ‘Boston Kickout.’ After playing key roles in series such as ‘This Life’ and ‘Shipwrecked,’ he had his major acting breakthrough in the early 2000s when he played ‘Mark’ in the ensemble romantic comedy film ‘Love Actually.’ After starring in a supporting role in the series ‘Afterlife’ in 2006, Andrew earned a breakthrough role in 2010. He was signed to play ‘Rick Grimes,’ one of the lead roles in the hit post-apocalyptic zombie drama series titled ‘The Walking Dead.’ This role is perhaps his best-known role yet.

In 1995, Andrew made his film debut with one of the lead roles in the film ‘Boston Kickout.’ Although the drama film failed to secure a wide release, it was largely appreciated at many international and national film festivals. His performance also received appreciation, making it a fairly good beginning for his acting career. However, despite this success, his film career struggled to hold a firm ground. Meanwhile, his TV career moved forward with guest roles in series such as ‘The Woman in White’ and ‘Bomber.’ In 2000, he was hired as a narrator in the reality TV series ‘Shipwrecked.’ He narrated 27 episodes of the series. He has also contributed as a narrator for the fictional textbook ‘Quidditch Through the Ages,’ written by Kennilworthy Whisp and created by JK Rowling.

He went on to star in a number of British television series and dramas such as The Woman in White, The Canterbury Tales, and Wuthering Heights, most notably as probationary teacher Simon Casey in the successful Channel 4 sitcom Teachers. He also had a lead role as a university lecturer and psychologist Robert Bridge in the Afterlife and starred in the Sky 1 series Strike Back with Richard Armitage in 2010.

He is best known for his role in the film "Love Actually" and the TV Series "The Walking Dead".

He spent the next five years bouncing from bit parts on the big screen and roles on TV, before landing the standout character of Simon Casey in the popular series Teachers in 2001. On the big screen, his highest-profile contribution came when he famously declared his love to Keira Knightley in Love, Actually.

Along with the actions he is a prolific voiceover artist who has narrated a number of documentaries and TV and radio commercials.

Andrew also indulges in social work. He is a regular supporter of ‘Shelter,’ a British charity that works toward providing housing for homeless people.

According to The New York Times, Lincoln's role on The Walking Dead made him "the center of one of the world's biggest pop culture franchises". Lincoln has received various awards and nominations for his portrayal of Rick Grimes; he won the Saturn Award for Best Actor on Television in 2015 and again in 2017 and also won 2014, People's Choice Awards — Favorite TV Anti-Hero. 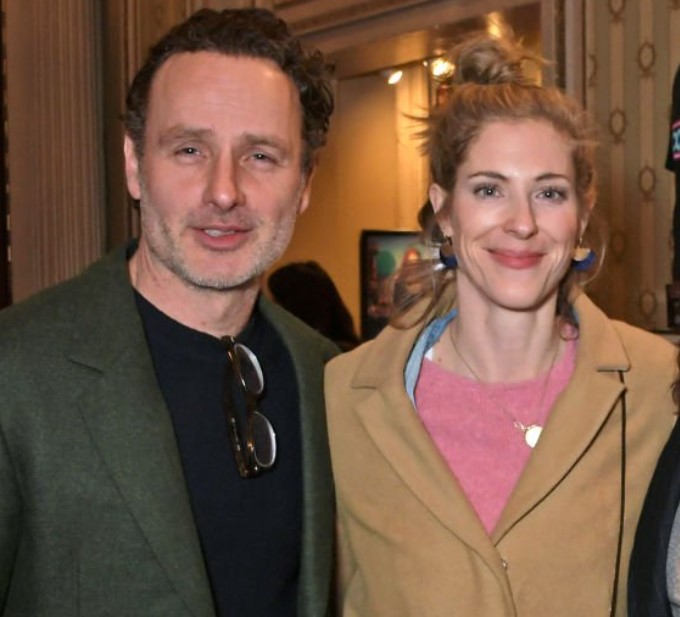 Who Is Andrew Lincoln Married to?

Andrew Lincoln is a straight on sexual orientation. Andrew Lincoln married Gael Anderson on June 10, 2006, who is the daughter of Ian Aderson; popular Vocalist, Flautist, and musician and acoustic guitarist of British rock band Jethro Tull. Apple Martin, the daughter of Coldplay's Chris Martin and Gwyneth Paltrow, served as a flower girl at his wedding. The couple has two children one daughter named Matilda Clutterbuck born in 2007 and a son named Arthur Clutterbuck born in 2010. 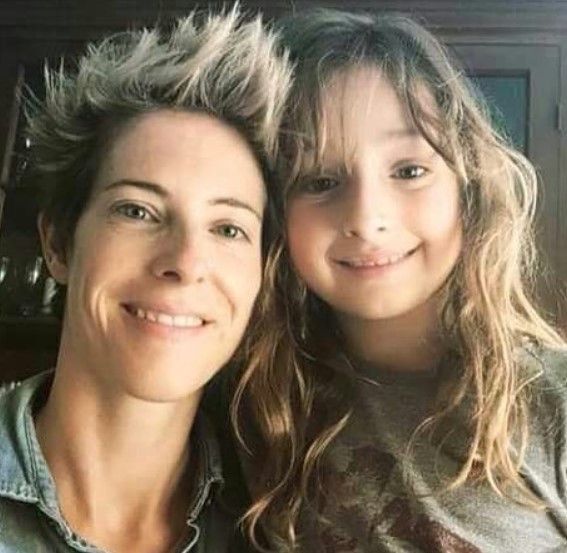 How Tall is Andrew Lincoln?

40-14-33 inches ( Chest-biceps-waist) are his body measurements. He wears No 10 (US) shoe size and he has light brown hair color and Blue is his eye color.

What is Andrew Lincoln Net Worth?

As he is in the acting profession, his primary income source is acting. While working with The Walking Dead, he made $650 thousand per episode. Andrew Lincoln holds a net worth of about $16 million with his sheer talent and good looks.