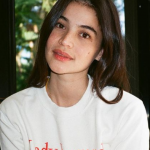 Besides, she is one of the most influential celebrities in the Philippines who has been named as one of the top 100 digital stars in the Asia-Pacific region by Forbes Asia. She is the Philippines' top Instagram personality with around 17.7 million followers. She is the second most followed Filipino celebrity on Twitter with around 14.3 million followers and is the first to reach the 14 million mark on Twitter. She is also the 4th most followed Filipino celebrity on Facebook with over 18 million followers.

What is Anne Curtis famous for?

Where was Anne Curtis born?

Anne Curtis was born on 17 February 1985 in Yarrawonga, Victoria, Australia. Her birth name is Anne Curtis. She holds Filipina and Australian nationality. Her ethnicity is mixed while Aquarius is her zodiac sign. She is of German-English-Irish-Filipino-Italian descent.

Curtis was born as the daughter of Carmencita Ojales(mother) and James Ernest Curtis-Smith(father). Her mother is a Filipina from Bolinao, Pangasinan while her father is an Australian lawyer. She has a younger sister, Jasmine. Jasmine is an actress, host, dancer, writer, and model who is best known for her role in the film "Transit". She has a brother named, Thomas. She also had a half-sister, Clare from her father's side who died in 2007 due to cardiovascular disease at four months old.

Growing up, she often visited her mother's relatives in the Philippines with her family. When she was 12, she was offered to be a participant in a children's beauty pageant but her father declined the offer thinking it was a scam while her mother always wanted Curtis to join the competition. Her mother made her go to different talent agencies without her father knowing it. She and her family then got settled permanently in the Philippines.

Who is Anne Curtis' husband?

Anne Curtis is a married woman. She is currently married to her only husband, Erwan Heussaff. Erwan is a restaurateur and food blogger. The couple got engaged in December 2016 and finally got married on 12 November 017 in Queenstown, New Zealand. The couple became blessed with their only child, Dahlia Amélie on March 2, 2020. The couple named their daughter after Curtis' character in her 1997 debut film "Magic Kingdom: Ang Alamat ng Damortis".

How rich is Anne Curtis' net worth?

Anne Curtis has earned a good amount of money from her profession as an actress, model, host, and entrepreneur. Having started her career in 1997, Curtis has come a long way becoming one of the most popular Filipina actresses and TV personalities. She has been one of the most influential celebrities in the Philippines being the Philippines's top Instagram personality and 4th most followed Filipino celebrity on Facebook. Including all of her earnings, Curtis has an estimated net worth of $10 million as of 2022.

Anne Curtis is a beautiful lady with a well-maintained hourglass body physique in her late 30s. She has a fair complexion with light brown hair and a pair of dark-brown eyes. She stands tall with a height of 5ft 6 inches( 1.68m) and has a bodyweight of 58kg. Her body measurement is 34-23-33 inches. Her bra cup size is 34B.