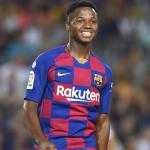 Anssumane Fati Vieira, professionally known as Ansu Fati is a Guinea-Bissau-born Spanish professional football player. He plays as a left-winger for the Spanish club Barcelona. He is one of the rising players in football and has already reflected his talent on the pitch with Barcelona. He has played his youth career in Herrera and Sevilla before joining the youth system of FC Barcelona in 2012. He made his Barcelona first-team debut in 2019. He wears shirt number 31 in Barcelona. 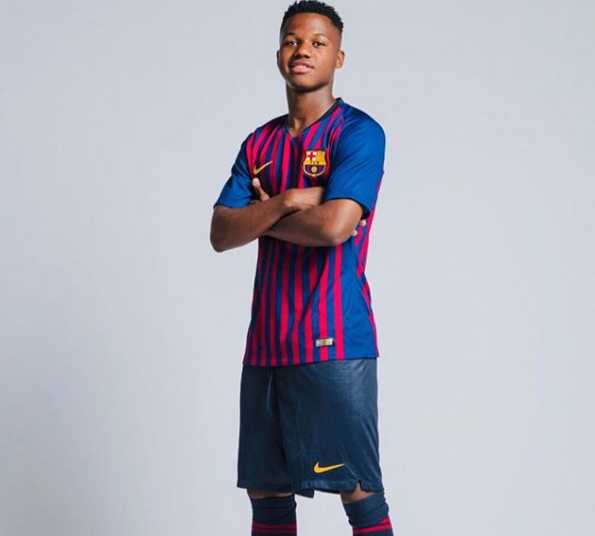 What is Ansu Fati Famous For?

Where was Ansu Fati Born?

Ansu Fati was born on 31 October 2002. His birth name is Anssuman Fati Vieira. His birth place is in Bissau in Guinea-Bissau. He holds Spanish nationality. His father Bori Fati is an ex-footballer. He has two brothers, Braima, and Miguel. Both of his brothers are also footballers.

He started playing football from local club Herrera at an early age. He moved to Seville with his parents at the age of 6. They moved to Seville after Braima signed for Sevilla. He also joined the youth system of Sevilla in 2010. 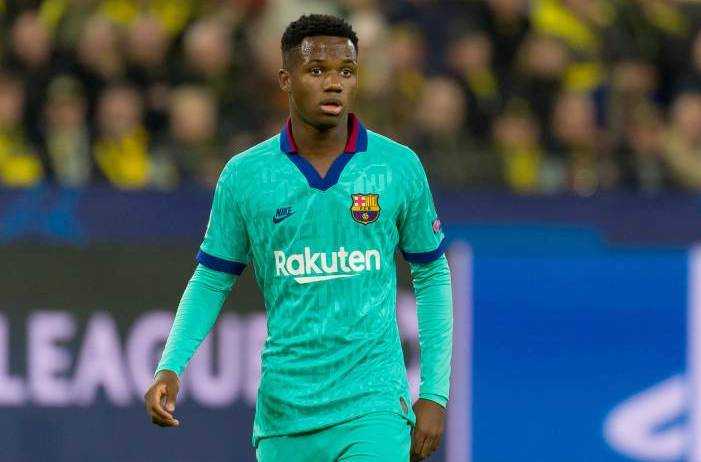 Fati caught the eyes of Barcelona administrations while playing for Sevilla youth ranks.

His brother had joined Barcelona earlier in 2011.

He signed his first professional contract with the Catalans on 24 July 2019. He agreed to a deal that will keep him at the club until 2022.

He made his first-team debut (as well as a professional debut) in La Liga against Real Betis on 25 August 2019.

He came on in as a substitute for Carles Perez.

He became the second-youngest player to debut for the club aged 16 years and 298 days. 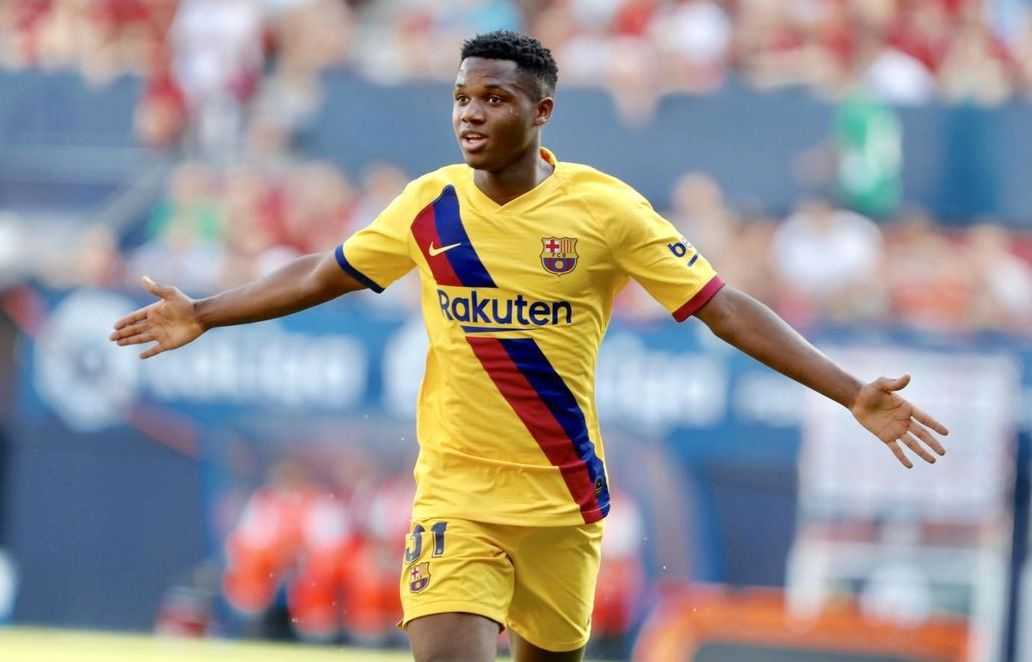 Fati scored his first professional goals against Osasuna on 31 August 2019.

He made his first career start against Valencia on 14 September 2019.

He scored and assisted against Valencia, making him the youngest player in La Liga history to score and assist in the same match.

He also became the third-youngest player ever to feature in the Champions League history. 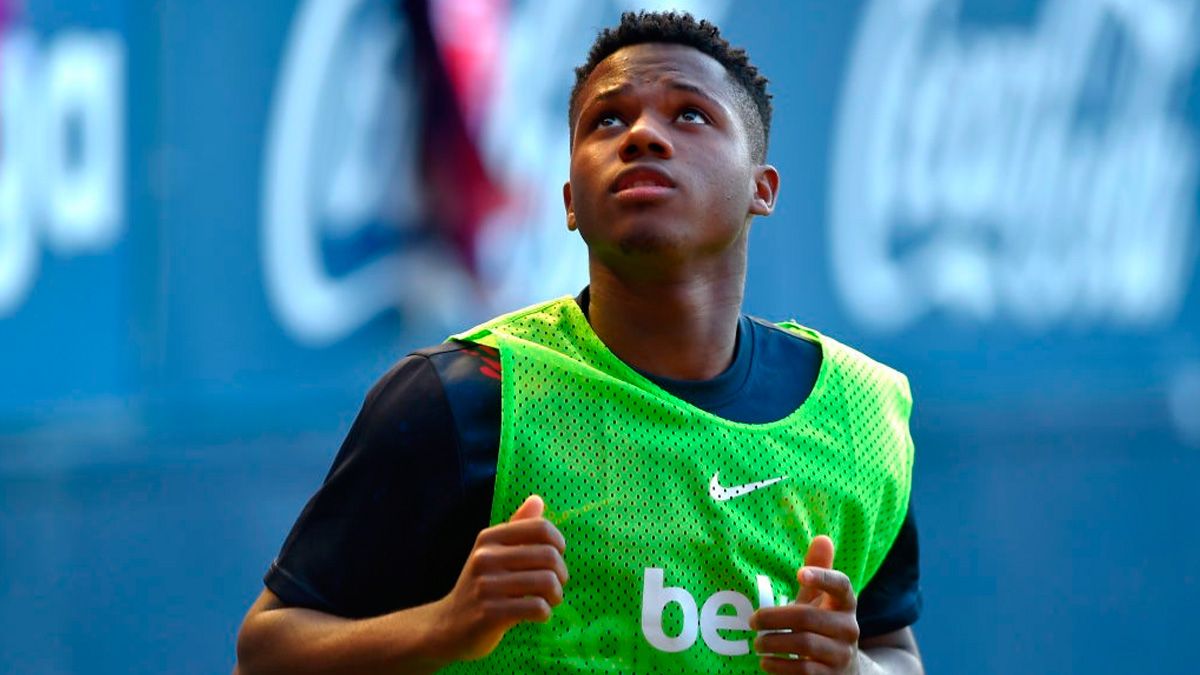 Fati is eligible to represent his birth nation, Guinea-Bissau at international level.

He has not yet represented his birth country at any age levels.

Following his performances in early 2019-20 season, the Spanish government granted him Spanish citizenship on 20 September 2019.

He will represent the Spanish national U17 team at the U17 World Cup in Brazil in October 2019. 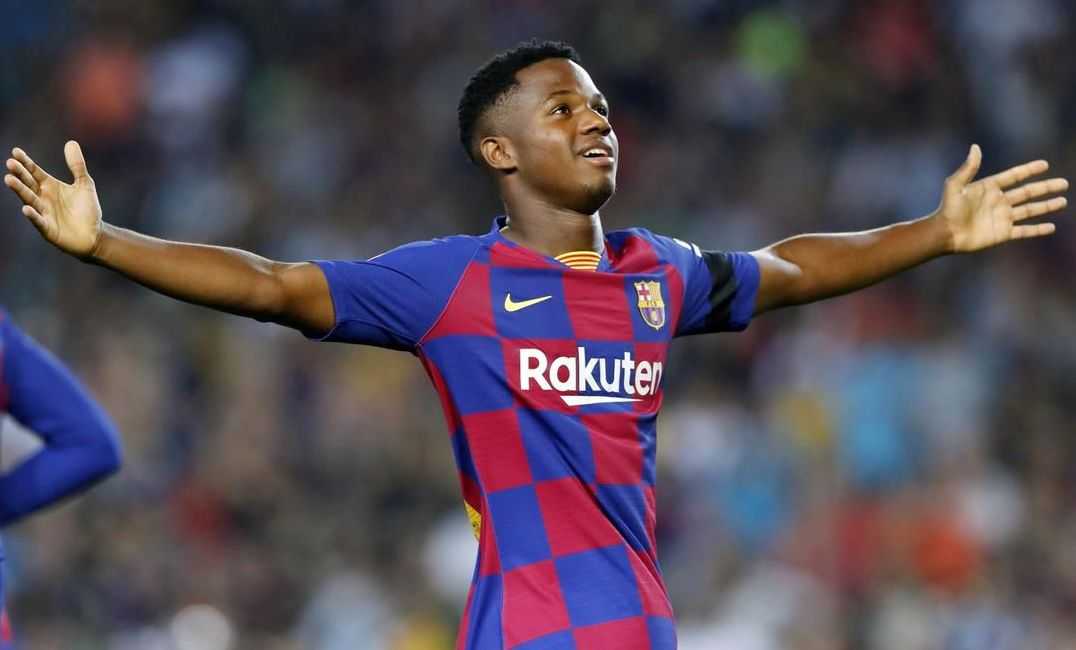 Who is Ansu Fati Dating?

Ansu Fati in way too young to get married. He is reportedly single as well. He turns 17 years old in October 2019. Thus, he is too young to engage in a relationship with anyone. Rather, he is focused on his football career. He is set to establish himself as one of the rising footballers in La Liga and has already paved his path to stardom.

The young footballer has already garnered over 1.6 million followers on his Instagram.

What are Ansu Fati Body Measurements?

What is Ansu Fati Net Worth? 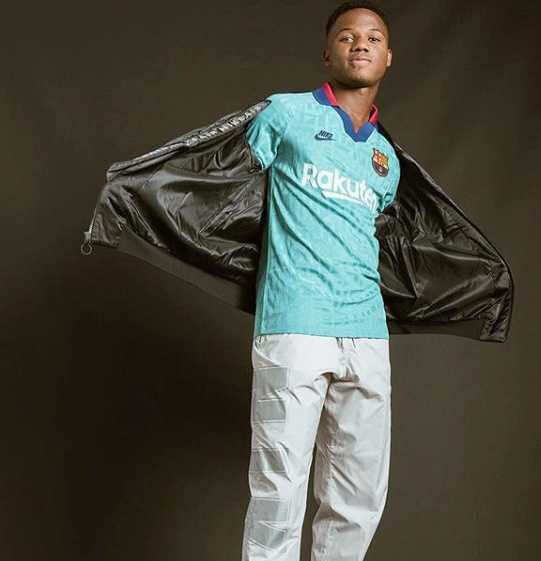 Ansu Fati earns from his professional football career. Though he is young, he is already recognized as one of the rising footballers. He signed his first professional contract with Barcelona in July 2019 aged 16 years. Details about his contract agreement with Barcelona is not available. Thus, his salary and net worth will be updated soon.