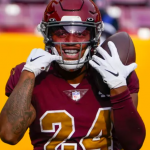 Antonio Gibson is an American footballer who is playing as running back for the Washington Football Team of the National Football League (NFL). He entered the 2020 NFL Draft as a running back, where he was selected by Washington in the third round. He signed a four-year contract with the team in July 2020. He played college football at East Central Community College in Mississippi for two years prior to transferring to the University of Memphis in 2018. He was named American Athletic Conference (AAC) special teams player of the year in 2019 and received conference honors for both positions as a return specialist and wide receiver with Memphis. Gibson scored his first career touchdown, an 11-yard run, in Week 2 against the Arizona Cardinals. His shirt number or jersey number is 24. Antonio Gibson is officially active and will play tonight against Dallas.

What is Antonio Gibson Famous For? 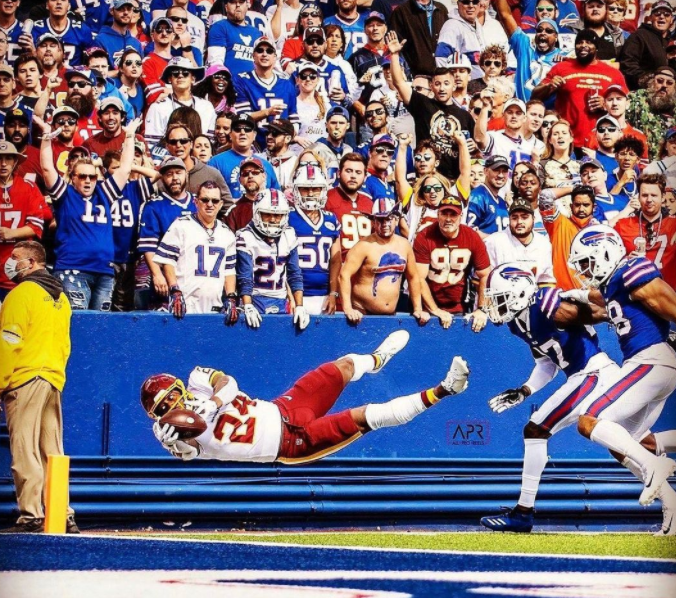 What Ethnicity is Antonio Gibson? Details About His Nationality, Family, and Education

Antonio Gibson was born on 23rd June 1998 in Stockbridge, Georgia, the USA. About his parents, his mother's name is Annette Williams and his father's name is still a mystery. He spent his early life and childhood with his sibling, a brother namely Danielle Moore. He is American by nationality and he belongs to the African-American ethnicity. Thus, his race is black. He is Christian by religion and his Zodiac sign is Cancer. He recently celebrated his 23rd birthday as of 2021. 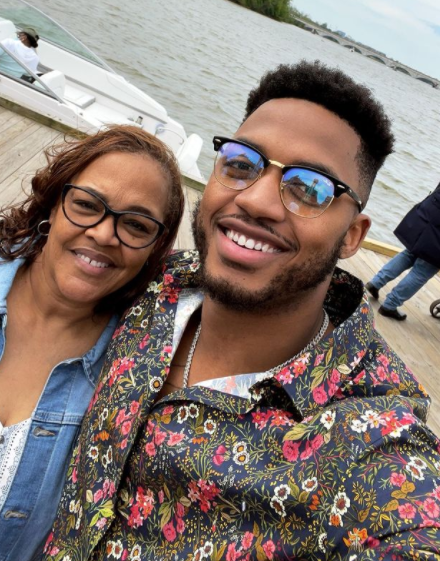 Regarding his education, Gibson attended Eagle's Landing High School in McDonough, Georgia where he played football, basketball, and track teams. During his senior year, he was named the "Henry Daily Herald's" offensive player of the year. He enrolled at East Central Community College in 2016, playing football for them prior to transferring to the University of Memphis in 2018. At East Central, he had 50 receptions for 871 receiving yards with 13 touchdowns, 27 kick returns, 554 kick-return yards, and 249 rushing yards. He had 44 receptions for 834 yards with 10 touchdowns, 369 rushing yards, and four touchdowns and 647 return yards, and a touchdown in his two years. He was then invited to the 2020 Senior Bowl as a running back, where he recorded 68 rushing yards on 11 carries. 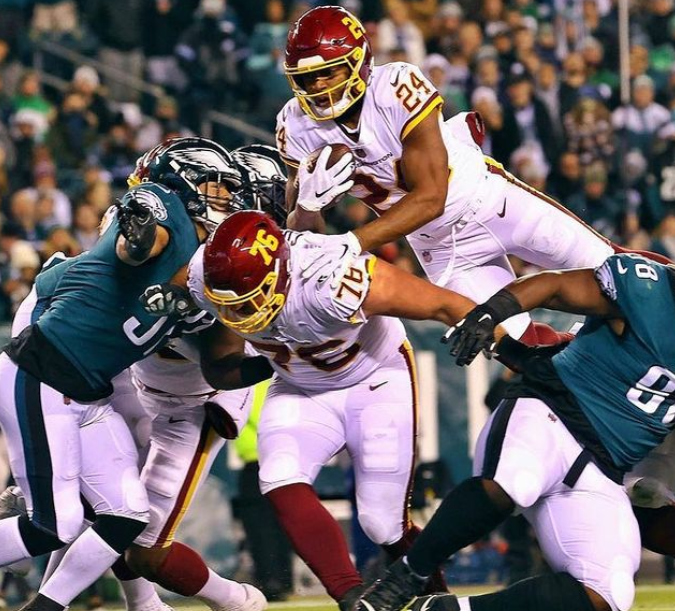 Antonio Gibson Personal Life: Who is he dating?

Antonio Gibson's marital status is unmarried and he is still to get married. He remains secretive when it comes to his personal life. He is not dating anyone at present and he is assumed to be single as of now. He is living a single life happily without any disturbances. His sexual orientation is straight and he is not gay.

Antonio Gibson Net Worth and Salary

Antonio Gibson is a talented footballer whose net worth is estimated to have between in the range of $1 million to $5 million as of 2021. His annual salary is between $600K-$1 Million at present from his current team. His main source of wealth is his football career. He is living a cool and modest lifestyle from his career earnings.

Antonio Gibson stands at the perfect height of 1.88 m and his weight consist of 100 Kg. His body type is athletic. He has black hair and dark brown eyes color. His other body measurement details have not been revealed yet. He is a fitness freak and he frequently does exercise to maintain his body.

Trivias About Antonio Gibson You Need To Know.