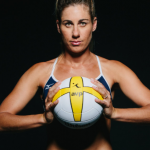 April Ross is a professional American Beach Volleyball Player. She won the Gatorade National Player of the Year award as a senior and was the California Interscholastic Federation (CIF) Player of the Year in 1998 and 1999 at NHHS. At USC, she won the Honda Sports Award as the nation's top female collegiate volleyball player in 2004. Partnering with Jennifer Kessy, she won the FIVB World Championships in Stavanger, Norway defeating Brazilians Juliana Felisberta Silva and Larissa Franca on 4th July 2009. In 2007, she was named the FIVB's Top Rookie and Most Improved Player. She was later named the Women's FIVB World Tour's Best Hitter in 2009 and 2011. She won a silver medal at the 2012 Summer Olympics with Jennifer Kessy and a bronze medal at the 2016 Summer Olympics with Kerri Walsh Jennings. Ross and Kessy were also the 2009 Beach Volleyball World Champions. At the end of 2017, Ross and Alix Klineman became beach volleyball partners. Klineman and Ross won the FIVB Dela Beach Open in January 2018, won four tournament events: the Austin Open, the Manhattan Beach Open, the Championships (in Chicago), and the Hawaii Invitational, won the Huntington Beach and New York City Open AVP tour events, won the FIVB Itapema Open mid-May and won the silver medal at the 2019 Beach Volleyball World Championships in Hamburg, Germany. The two won the AVP Monster Hydro Cup and the Wilson Cup, and in August they won the AVP Champions Cup in July 2020.

April Ross and Alix Klineman, an American power duo in beach volleyball, started their Olympics with a win on Sunday, defeating the Chinese team of Xue Chen and Wang Xinxin, 21-17, 21-19. She is hoping to add gold to her collection with Klineman, 31, who switched to beach volleyball in 2017 after a career in indoor volleyball. An early ace by Ross, one of the most powerful servers in the sport, set the tone for the match, and the Americans were in control for most of the morning. Klineman’s defense, both at the net and on the run, prevented the Chinese team from gaining much momentum. Ross and Klineman pumped each other up, yelling "Alix!" and "April!" after big plays. “Come on, Alix, let’s go, come on,” Ross said as she sent the ball to Klineman while making a save in the sand. Ross is aiming to capture her first Olympic gold. And at the age of 39, this may be her last opportunity to do so. Nevertheless, she is confident that top honors are firmly in reach. "If we play our best or even if we play well, I feel like we can get that gold medal," Ross said, via NBC Boston. "So, I’m going to take a little bit of luck as well."

Everything To Know About Alix Klineman 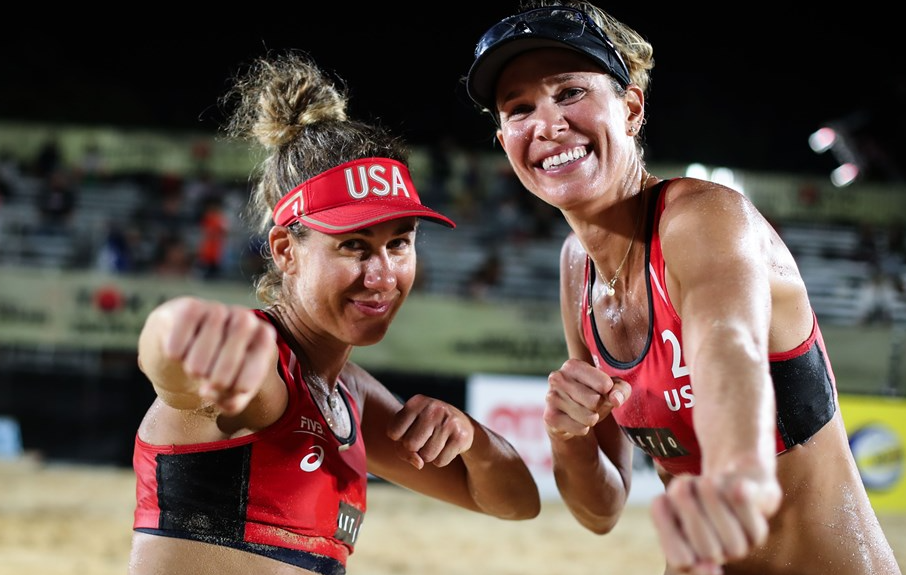 What is the Birthplace of April Ross?

April Ross was born with the birth name of April Elizabeth Ross on June 20, 1982. Her place of birth is in Costa Mesa, California, the USA whereas her hometown is in Newport Beach. By nationality, she is American and her ethnicity is American-White. Thus, her race is White. Gemini is her Zodiac sign and she follows Christianity. As of 2021, she celebrated her 39th birthday. About her parents, she was born to her father, Glen Ross, and her mother, Margie Ross. She also has a sibling, a sister named Amy ross. She lost her mother at a very young age. Her mother died of breast cancer. Her father, Glen, later remarried and April now has multiple step-siblings. 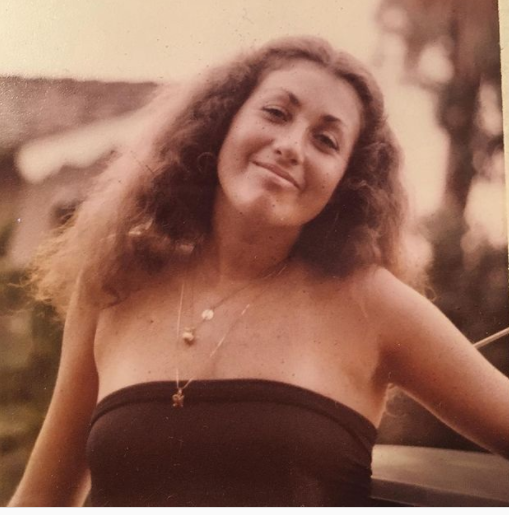 Regarding April Ross's education, she attended Newport Harbor High School. At NHHS, in addition to lettering in track, she was a star indoor volleyball player, eventually becoming the nation's top recruit for her graduating class. She has also won the Gatorade National Player of the Year award as a senior and was the California Interscholastic Federation (CIF) Player of the Year in 1998 and 1999. In her senior season, she notched 624 kills and 526 digs. She played club volleyball for Orange County Volleyball Club for five years. She also played on the U.S. Junior National Team. She then attended the University of Southern California in Los Angeles. She was the Pac-10 Freshman of the Year as well as the National Freshman of the Year during her freshman season and also she received Pac-10 First Team honors as well as AVCA Second Team All-America honors in 2000. In 2001, she was a second-team All American and finished the season ranked fourth in Pac-10 in kills (3.98 kpg), sixth in points (4.52 ppg), and seventh in digs (3.04 dpg) and helped USC to the NCAA Regional Finals, when she suffered a sprained ankle during game two and was forced to leave the match. She was named a First Team All-American and had 15 kills and 14 digs in the NCAA Championship win over Stanford, avenging their only loss of the season to the Cardinal in the year 2002. She had 14 kills and 19 digs in the winning effort in 2003. April finished her career among USC's all-time career record-holders, ranking in the top 6 in eight statistical categories, including first in points (1,430) and points per game, second in service aces (161) and service aces per game (0.38), fourth in attacks (3,859), fifth in kills (1576), kills per game (3.73) and digs (1,296) and sixth in digs per game (3.06). She even won the Honda Sports Award as the nation's top female collegiate volleyball player in the year 2004.

How was the Career of April Ross?

How was the Olympic career of April Ross? 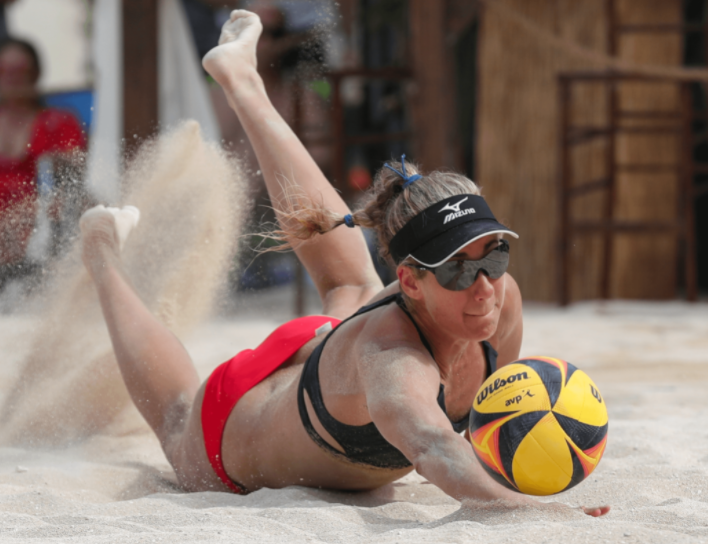 Who is April Ross married to?

April Ross was a married woman. She tied a knot to her husband, Brad Keenan in the year 2010. Later, due to misunderstanding, the married couple separated via divorce after their long relationship of eight years. There is no information about their children. As of today, she is assumed to be single. Her sexual orientation is straight. 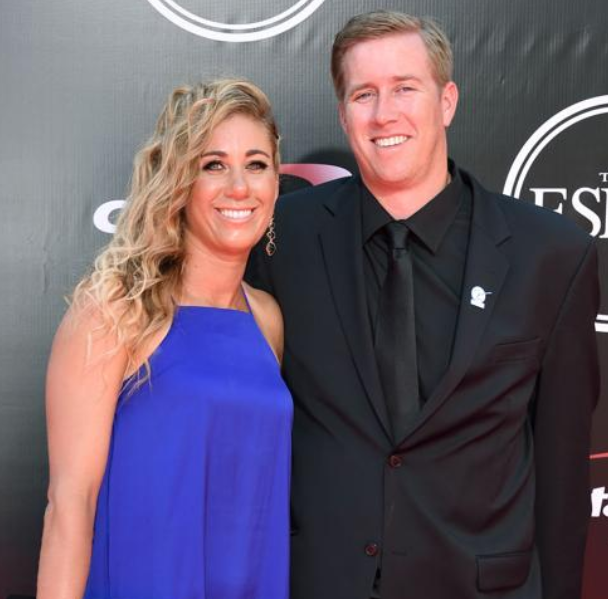 What is the Net Worth of April Ross?

April Ross is a professional beach volleyball player. As of 2021, Ross's net worth is estimated to be $3 Million. Her major source of income comes from her volleyball career. Salaries for professional volleyball players in the U.S. are determined by total prize money, players must-win matches to earn their income. Overall, she has made more than $1,900,000 via winning tournaments.

How tall is April Ross?

April Ross stands tall at the height of 1.85 m or 6 ft 1 in. Her balanced weight consists of 76 Kg or 168 lbs. Her body type is average. Her exact body measurement is unavailable at a moment. She maintained her body a lot and she frequently does exercise to keep herself fit and fine. Overall, she has got a healthy body at present.

Trivias About April Ross You Need To Know.