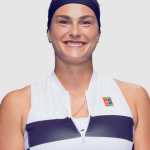 Aryna Sabalenka is a Belarusian professional tennis player who has been a top ten player in both singles and doubles, having been ranked as high as No. 7 in singles and No. 2 in doubles by the Women's Tennis Association (WTA). At the 2019 US Open, she won her first Grand Slam title in doubles along with her partner, Elise Mertens. Till date, she has won thirteen WTA titles in total, nine in singles and four in doubles. Following the 2017 Fed Cup, she began having more success on the WTA Tour, reaching four finals in 2018 to go along with eight top-ten victories. She finished both 2018 and 2019 ranked No. 11 in the world in singles. She also completed the Sunshine Double by winning the two Premier Mandatory tournaments in March, the Indian Wells Open and the Miami Open partnering with Mertens. Beginning with the French Open in 2019, she reached at least the quarterfinals (doubles) of each of the 4 Grand Slam events till the Australian Open in 2020, a streak that included her first Grand Slam title at the 2019 US Open. The run to the title at Abu Dhabi extended her winning streak to 15 matches and catapulted her to a new career-high ranking of No. 7. She is right-handed (two-handed backhand). To date, she has collected US$ 6,804,310 as prize money.

Serena Williams has advanced to the last eight after a close fight against Belarusian 7th seed, 22-year-old Aryna Sabalanka. The 39-year-old has entered the quarterfinals, on Sunday, with a 6-4 2-6 6-4 victory in the fourth round match at the Rod Laver Arena. Williams has passed one of her biggest tests during this Grand Slam, as Sabalenka was one of the few players on the women's tour capable of matching her power from behind the baseline. Williams owned a career 53-8 record in last-16 matches at grand slams heading into the contest - last falling at this stage when she pulled out ahead of her French Open showdown with Maria Sharapova in 2018, while her last match loss at this stage came in Melbourne in 2014. But Sabalenka was unperturbed, the Belarusian - eyeing her maiden slam quarter-final - an unstoppable force against a helpless Williams in the second set, breaking in the first, third and fifth game.

Everything You Should Know About Serena Williams 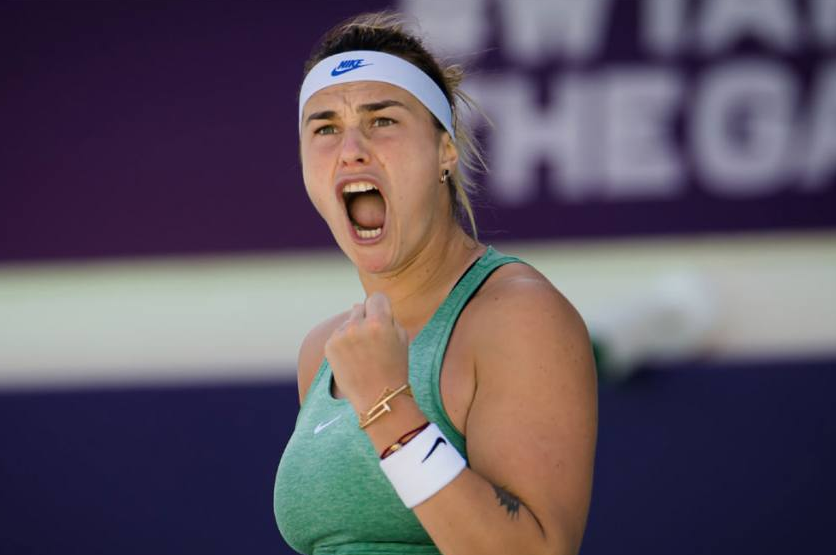 Where is Aryna Sabalenka from?

On 5th May 1998, Aryna Sabalenka took birth in Minsk, Belarus (birthplace) with the Zodiac sign of Taurus. Her real name/birth name is Aryna Siarhiejeuna Sabalenka. She holds Belarusian nationality and her ethnic background is Belarusian-White. Her race is White. By religion, she is Christian. As of 2020, she celebrated her 22nd birthday. Thus, her present age is 22. Talking about her family members; she was born to her parents, Sergey Sabalenka (father), a former Hockey player) (died 2019) and mother. She also has a sibling; a young sister.

Concerning her educational background, she attended the Belarusian State University in her hometown of Minsk where she had pursued a sports-related program. She started playing tennis by chance. She said, "One day, my dad was just driving me somewhere in the car, and on the way, he saw tennis courts. So he took me to the courts. I really liked it and enjoyed it and that's how it was. That's how it started." Her tennis idols growing up were Serena Williams and Maria Sharapova.

How was the career of Aryna Sabalenka? 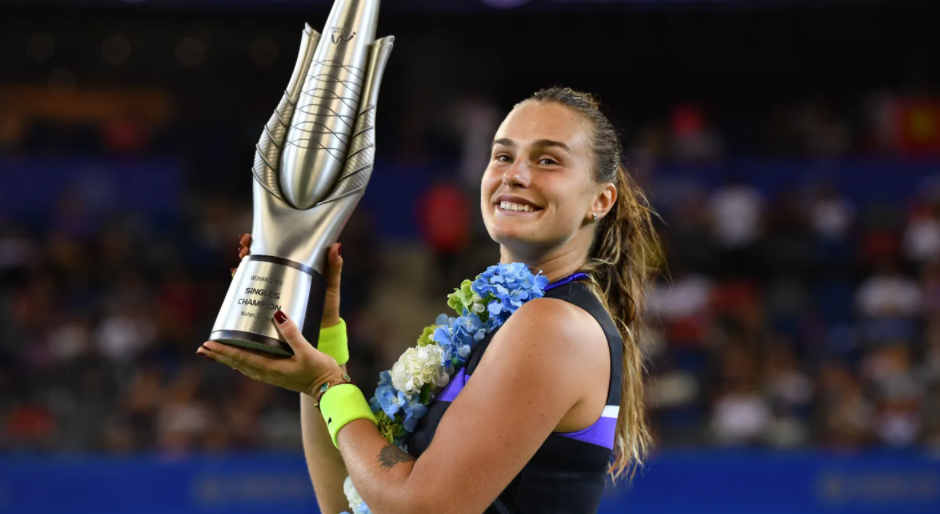 Who is Aryna Sabalenka engaged to?

Aryna Sabalenka is not married yet and she is still to get married. As of today, she is engaged to her fiance, Matvei Bozhko. By profession, Matvei Bozhko is a hockey player, who started his career with Shakhter Soligorsk-2 in 2013. He has also played from Wenatchee Wild of the NAHL and Serebryanye Lvy St. Petersburg. In the year 2019, Aryna announced her engagement on a Belarusian talk show. Judging from Sabalenka’s statement reported by the Ukrainian Tennis Twitter profile, we can conclude that the wedding will not be in the near future: It's just an engagement. I am a little bit against weddings, against it as an event like it is. It's not Tursunov (laughing). He is not from Belarus. As of today, she is enjoying her present life with her boyfriend turned fiance. The duo is planning to be husband and wife soon. Back then, she once shattered her dating rumors with the coach, Dmitry Tursunov. On the other hand, she mentioned that she trusts Dmitry more than anyone else. Her sexual orientation is straight. 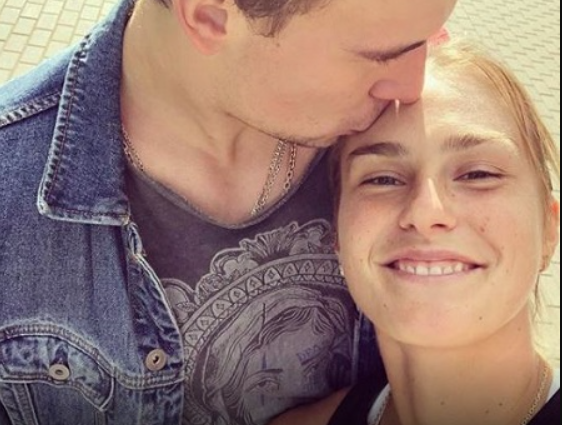 What is the Net Worth of Aryna Sabalenka?

A very famous and successful tennis player, Aryna Sabalenka has collected around US$6,804,310 until now as prize money. She has won $281,067 from several competitions, which include two titles worth and $60,000 from ITF Circuit, Asia, and $46,500 in the 2018 US Open WTA title. As the runner up of the 2018 Wimbledon Championship, she got the prize of $71,853. She is also the recipient of $2,589,000 from Wuhan Open 2018, $45,621, and $93,523 in Australian Open 2018. Similarly, she garnered $2,494,686 from the Premier Tournament and three singles titles. Throughout her career, she has won many titles and awards including US Open 2019, US Open 2018, WTA Title, ITF Circuit, runner-up of the 2018 Wimbledon Championship. As of 2021, the net worth of Aryna is estimated to have $3 Million. Whereas her exact salary is still to get unfold yet. Her major source of wealth comes from her tennis career and she is satisfied with her earnings. She has been endorsed by Nike for apparel and shoes since the start of her professional career. She is also endorsed by Wilson, specifically using the Wilson Blade range of racquets.

How tall is Aryna Sabalenka?

Aryna Sabalenka is a very beautiful lady with well maintained athletic body figure. She stands tall at the perfect height of 6 ft 0 in or 1.82 m. Her balanced body weight consists of 80 Kg or 176.5 lbs. She has a light brown hair color and she often tends to dye her hair blonde. She has a pair of green eyes color. She has a toned physique with a charming smile and a gleaming face. She has long and straight hair. She has also inked a tattoo on her left arms entitled "Tiger". Overall, she has got a healthy body. Her body measurements are 36-26-37 in (breast-waist-hips).

Trivias About Aryna Sabalenka You Need To Know.