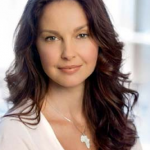 Golden Globe-nominated American actress, Ashley Judd has acted in more than 20 films and is known for her devotion to humanitarian work. She was voted as one of the 25 Most Intriguing People by People magazine and was also ranked at number 20 on the FHM magazine’s list of Sexiest Women in the World.

With a film career that has lasted more than 15 years, She has managed to make her mark as a powerful performer, versatile actress, and most importantly a passionate and devoted humanitarian. Let's know more about her through this article.

What is Ashley Judd famous for?

What nationality is Ashley Judd?

Recalling her early life, Ashley was born as Ashley Tyler Ciminella in Granada Hills, Los Angeles, U.S.A. Her parents are Michael Charles Ciminella, a marketing analyst, and Naomi Judd, a country music singer. Her half-sister, Wynonna Judd, is also a country music singer. Her mother, Naomi Judd, passed away on April 20, 2022, near Nashville, Tennessee. She passes away at the age of 76 from a mental disorder (suicide cause).

After her parents divorced in 1972, she was raised by her mother in Kentucky, where he spent much of her childhood. She also lived for a brief period in Marin County, California.

Similarly, she is an American nationality and belongs to the White ethnicity. Further, her birth sign is Aries.

Where did Ashley Judd attend college?

She subsequently earned a Mid-Career Master of Public Administration degree (MC/MPA) from the John F. Kennedy School of Government at Harvard University in 2010. After that, She enrolled at UC Berkeley to pursue a Ph.D. in Public Policy at the Goldman School of Public Policy.

When did Ashley Judd begin her acting career?

What is Ashley Judd doing now?

Who is Ashley Judd married to?

Reflecting on her personal life, Ashley Judd married car race driver Dario Franchitti in 2001. The pair lived together for almost 12 years and later relationship turn into sour and got divorced in 2013. After that, she did not marry and lived a single life happily.

What is the net worth of Ashley Judd?

Being a part of the entertainment industry, Ashley earns an impressive amount of money and fame through her profession as an actress and political activist. Based on some online reports, her estimated net worth is said to be $22 million at present. However, her salary and vehicle information is yet to be disclosed.

How tall is Ashley Judd?

Observing her body physics, Ashley stands at a height of 5 feet 7 inches and weighs around 61 Kg. Similarly, she has a pair of hazel eyes and light ash brown hair color. She used 34A bra size and 4 (US) dress sizes. Further, she has a slim body with a body measurement of 34-24-35 inches.

Trivias About Ashley Judd You Need To Know.