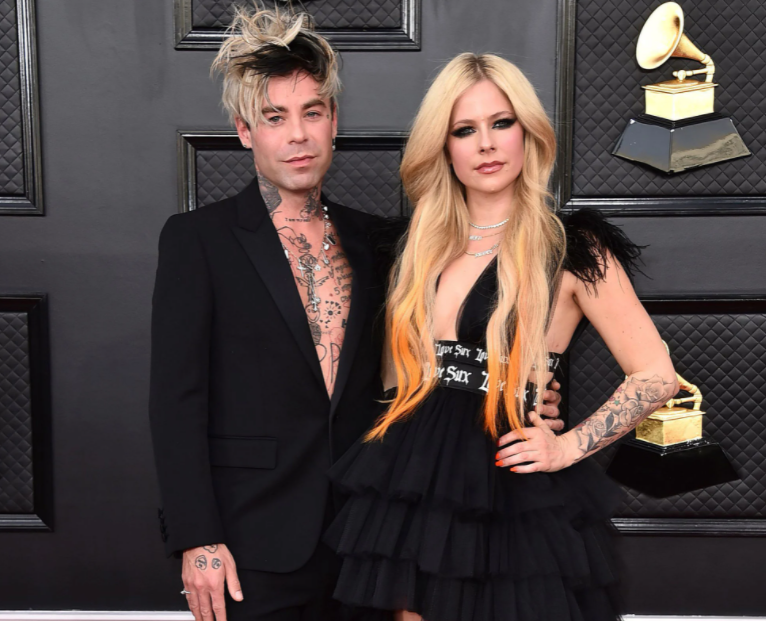 The 'Complicated' & 'Girlfriend' singer, Avril Lavigne is engaged to pop-punk rocker, Mod Sun on 27th March 2022. After Avril Lavigne and Mod Sun collaborated on a single, fans quickly picked up on the chemistry between the musicians. Later, Mod Sun was found with the tattoo of Avril's name on the back of his neck. They even made their red carpet debut at the 2021 MTV Video Music Awards. Since March 2021, they started seeing each other. Mod Sun revealed that they were introduced through their mutual friend Machine Gun Kelly.

The 37-years old, Avril Lavigne is a Canadian Award-winning singer and songwriter who has released seven studio albums. She is famous for her single 'Girlfriend' which became her first single to reach the top of the Billboard Hot 100 in the USA. She is renowned as a key musician in the development of pop-punk music since she paved the way for female-driven, punk-influenced pop music in the early 2000s. Her debut studio album, "Let Go" was released on 4th June 2002 which is the best-selling album of the 21st century by a Canadian artist. The album's singles "Complicated" and "Sk8er Boi" emphasized a skate punk persona which earned her the title "Pop Punk Queen" from music publications. Her second studio album, "Under My Skin" was released in 2004 which became Lavigne's first album to reach the top of the Billboard 200 chart in the United States, going on to sell 10 million copies worldwide. Her third studio album, "The Best Damn Thing" was released in 2007 and reached number one in seven countries worldwide. Her fourth, fifth and sixth studio albums, are Goodbye Lullaby (2011), Avril Lavigne (2013), and Head Above Water (2019). On 25th February 2022, she released her seventh studio album "Love Sux" which debuted at number nine on the Billboard 200 chart, and at number three on the Billboard Canadian Albums chart. She made her film debut in the 2004 teen-comedy film, "Going the Distance" and made her TV debut in the American sitcom "Sabrina, the Teenage Witch" in 1996. 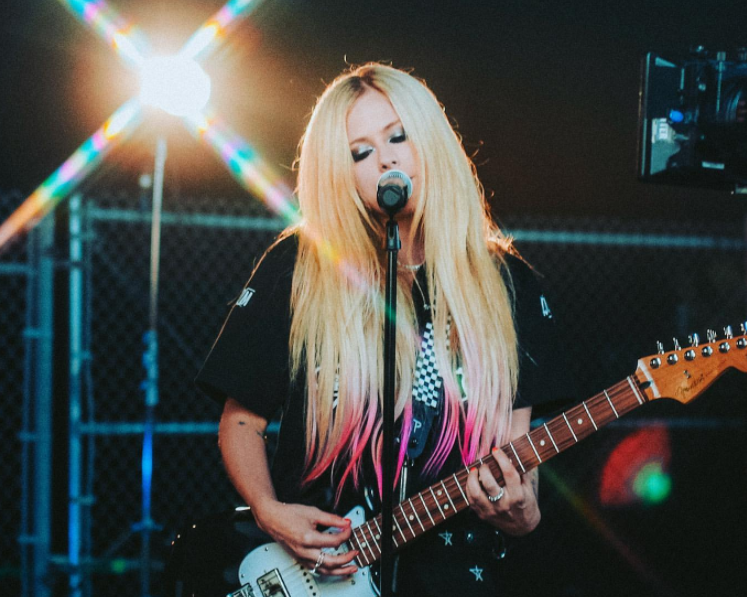 Avril Lavigne (born September 27, 1984) was born with the birth name of Avril Ramona Lavigne to her father, Jean-Claude Joseph Lavigne and her mother, Judith-Rosanne "Judy" Lavigne at Belleville, Ontario, Canada. She was named Avril (the French word for April) by her father. Avril has French-Canadian and Polish ancestry on her father’s side while she is of English, Irish, and Scottish descent on her mother’s side. She is Canadian-French by nationality. She has a younger sister, Michelle, and an older brother, Matthew. She started singing at the age of two. Her parents were very supportive of her singing career. She wrote her first song, "Can't Stop Thinking About You", about a teenage crush, which she described as "cheesy cute". As per her birthdate, his zodiac sign falls under Libra. She has a faith in Christianity religion. She cut her 37th birthday as of 2021. She dropped out of high school after 11th grade when she grasped a record deal.

Everything To Know About Avril Lavigne

Avril Lavigne's Boyfriend Mod Sun is an American singer, songwriter, multi-instrumentalist, and rapper from Bloomington, Minnesota who has released four solo studio albums, three EPs, six mixtapes, and 31 singles. His style of music has been described as "hippy hop". Initially, he was a drummer for the band Four Letter Lie from 2004 to 2009 and then, later on, went on to join Scary Kids Scaring Kids from 2009 to 2010. He next started a solo rap career in 2009. He released his first single titled "Need That" in 2010. His first album titled "Look Up" with Rostrum Records in 2015 peaked at #1 on the Billboard Top Heatseekers chart. On 10th March 2017, his second studio album, "Movie", was released, also through Rostrum Records which peaked at #16 on the Billboard Top Heatseekers chart. His third studio album "BB" was released on 10th November 2017 and spawned the single "#noshirton". On 25th January 2021, his next album title, "Internet Killed the Rockstar" was released on February 12, 2021. Next, he released another album "Rich Kids Ruin Everything" on 11th March 2022. On 18th February 2022, he released a documentary about his life entitled "Remember Me Just Like This." He made his first web show appearance on the Netflix series, Cooking on High in 2018. He is also a writer who has released a non-fiction book titled "Did I Ever Wake up?" in 2012 along with 2 poetry books titled "My Dear Pink" and "So Long Los Angeles" in 2015 and 2018. He is also a member of the alternative hip hop duo Hotel Motel. 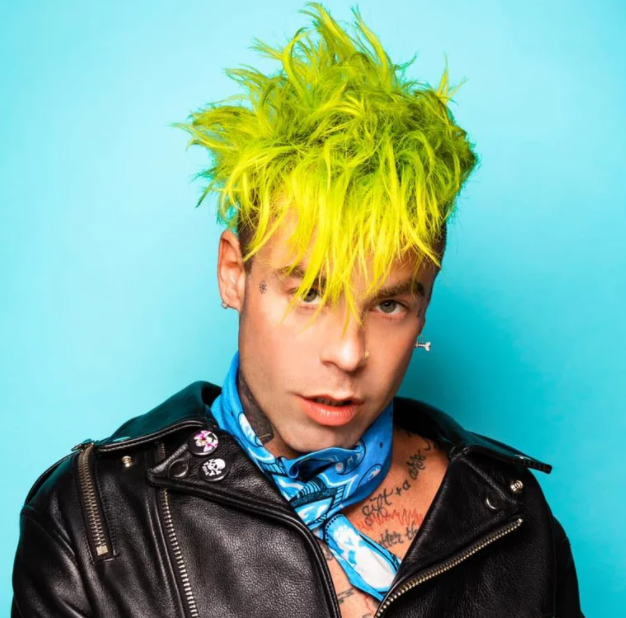 Everything To Know About Mod Sun

Born with the real name of Derek Ryan Smith on 10th March 1987, Mod Sun holds American nationality. After his father, left for Califonia; his parents divorced. Then, he spent some time in Long Beach, California. He then moved frequently with his mum, Deb Smith for various jobs. His father lived next door to Bud Gaugh, drummer of Sublime, who influenced him to become involved in music. During his early teens, he began attending concerts. In eighth grade, he designed merchandise for bands. His zodiac sign falls under Pisces and he follows the Christianity religion. He cut his 35th birthday as of 2022. He is American by nationality and he belongs to the American-White ethnicity. Mod Sun attended the Thomas Jefferson High School in Bloomington, Minnesota but had to keep relocating due to his mother’s job. 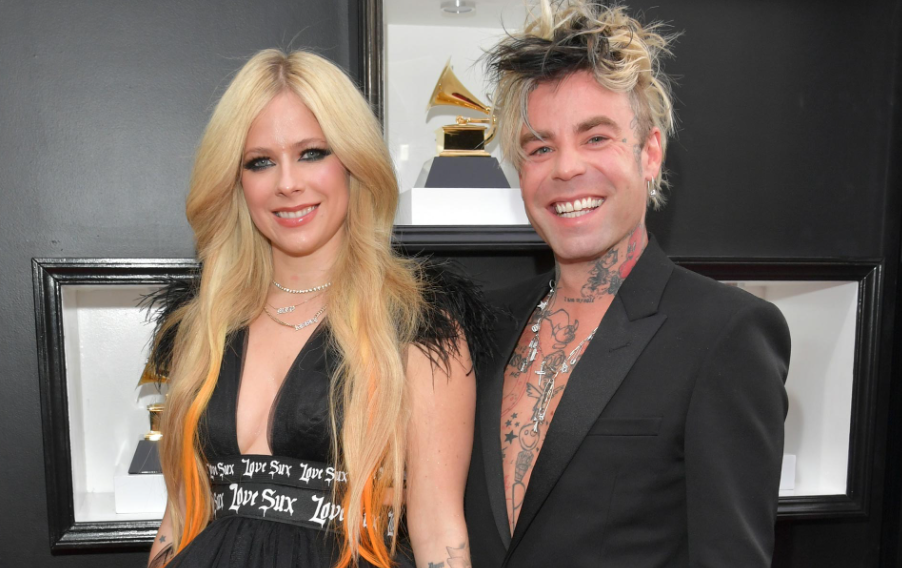 Collaborating on the song 'Flames' in January 2021, singers Mod Sun and Avril were rumored to be dating each other. The rumors then more grip after Mod Sun was found with the tattoo of Avril's name on the back of his neck. They started dating in around March 2021. The couple got engaged on March 27, 2022, in Paris. She announced their engagement via her social media accounts in April of 2022.

Mod Sun popped the question in Paris. She explained "It was the most perfect, romantic proposal I could ever ask for. We were in Paris on a boat in the Seine River. We had a violin player, champagne and roses. It felt like time stood still, and it was just the two of us in the moment". She described how Mod engraved the 'the first words he ever said to” her, along with "Mod + Avril". She said: "It has the words 'Hi Icon' engraved in it, which were the first words he ever said to me. And it has Mod + Avril on the inside. He knew from the very beginning I wanted a heart shaped diamond because on the day we met, we had matching heart-shaped paved rings on. We've worn them every day since, so it’s only fitting to have a heart-shaped engagement ring. I love it so much." She added, "I knew we had a very strong unstoppable connection from the first week of writing and working together in the studio. Immediately. He made every day better. It was like I had known him forever. As time went on, things kept getting better, and it felt incredibly natural." She gushed about how anticipating "having fun, working together, touring together, growing together" with her husband-to-be. "I look forward to having fun, creating, working together, touring together, growing together. It feels good to have someone who can help celebrate the good times, hold you through the tough ones, and be there for all the moments in between." This will be Lavigne's third marriage as she was previously married to Nickelback frontman Chad Kroeger from 2013 to 2015, and to Sum 41 singer Deryck Whibley from 2006 to 2010. She announced her engagement to fellow musician Mod Sun, 35, on Thursday (7th April 2022) via Instagram when she shared a gallery of pics showing the moment Mod Sun popped the question.

In the first pic, Mod Sun is seen down on one knee in front of Lavigne as the Eiffel Tower stands behind them. Avril included more pics that showed her flashing her gorgeous heart-shaped diamond engagement ring. "Oui! Je t’aime pour toujours 🤍💍🥂Dimanche. 27. Mars. 2022," Lavigne wrote in her caption, or as we say in English, "Yes! I love you forever. Sunday. March 27, 2022." Mod Sun responded in the comments, writing, "I love u so much! Forever n ever my angel." 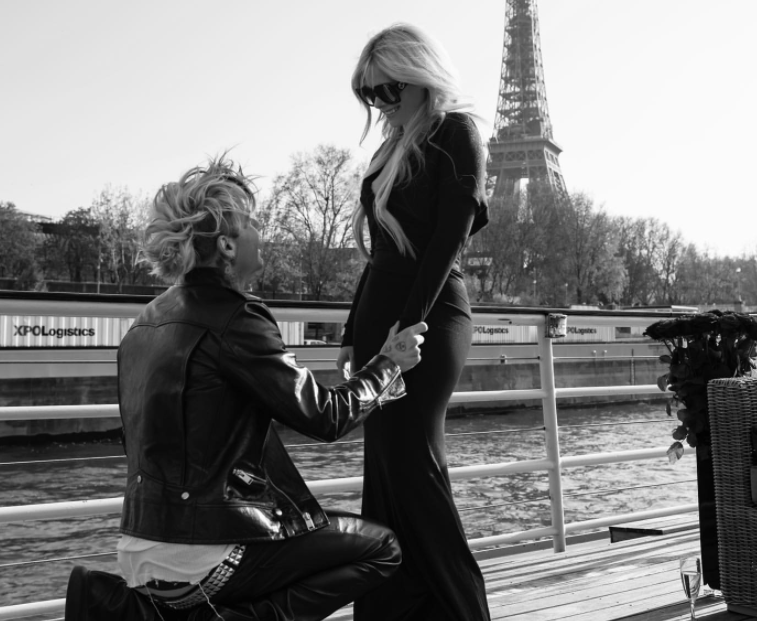 Lavigne and Sum 41 lead vocalist/rhythm guitarist Deryck Whibley started dating when Lavigne was 19 years old, after being friends since she was 17. In June 2005, Deryck Whibley proposed to her and they married on July 15, 2006, in Montecito, California. On 9th October 2009, Lavigne filed for divorce, releasing the statement, "I am grateful for our time together, and I am grateful and blessed for our remaining friendship." The divorce was then finalized on 16th November 2010.

After her divorce with Deryck Whibley, she started dating The Hills star Brody Jenner in February 2010. After almost two years of dating, the couple split in January 2012.

Avril Lavigne then dated fellow Canadian musician Chad Kroeger, frontman of the band Nickelback, in July 2012. The relationship blossomed after they began working together in March 2012 to write and record music for Lavigne's fifth album. They later got engaged in August 2012, after one month of dating. The couple married at the Château de la Napoule, a reconstructed medieval castle on the Mediterranean in the South of France, on 1st July 2013 (which is Canada Day), after a year of being together. On 2nd September 2015, she announced her separation from Kroeger via her official Instagram account, and later they divorced. 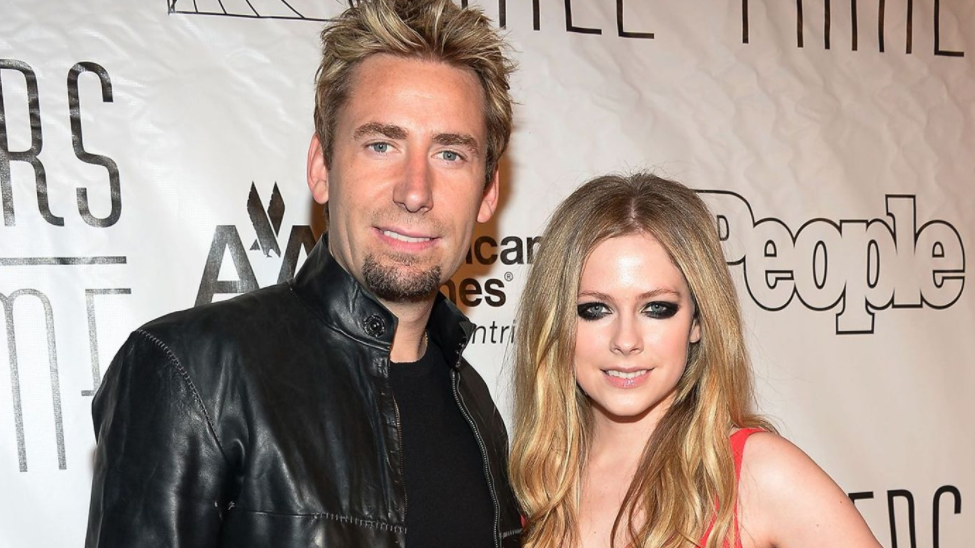 She next started having affairs and relationships with billionaire Phillip Sarofim in 2018. She broke up with him in 2019.

It was reported by People magazine that Avril began dating musician Pete Jonas in 2020.

Who is Imogen Mckay? Details about Alex Beresford Girlfriend