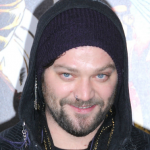 Brandon Cole Margera famed as Bam Margera is a professional skateboarder, stunt performer, filmmaker, musician and, television personality. He rose to fame after appearing as a main cast member on MTV’s Jackass. Since, he has appeared on MTV’s Viva La Bam and Bam’s Unholy Union, all three Jackass movies. He co-wrote and directed both of these movies Haggard: The Movie and Minghags: The Movie.

Bam Margera Agrees to Rehab After Dr. Phil Sit-Down as Mom Speaks Out on Son's Cry for Help

Bam is en route to a rehab facility after a 3-hour session with Dr. Phil helped him see he needed professional help. Sources with direct knowledge of the conversation tell us it was a very emotional sit-down, with Bam tearing up several times. We're told things came to a "boiling point" when Bam's wife, Nikki, joined Dr. Phil. Bam confronted Nikki about what he considers her "extreme stubbornness". Bam's mother also participated in the session and she and Nikki asked Phil for help identifying what kind of substances Bam was abusing. Margera's decision comes shortly after another source revealed that Margera and Dr. Phil spoke at length on Monday, in a session that was filmed in the studio's green room for the Dr. Phil show but did not take place in front of a studio audience. The conversation came as a result of Margera taking to Instagram in the very early hours of Sunday morning, to share a series of videos begging for Dr. Phil's help with various personal and emotional struggles. The former Jackass star said in the video that he "is in shambles" and that the drama has been "worse than it's ever been, ever." Margera later confirmed that he would be seeking treatment to some degree in a message posted to Instagram Monday evening. "Off to Dallas to get my brain evaluated! Thanks, dr Phil," Margera wrote. "My phone will be off for a while. Laterx."

Bam was born on September 28, 1979, in West Chester, Pennsylvania, USA. Due to the habit of purposely running into walls, his grandfather nicknamed him “Bam Bam” at the age of three but his nickname was shortened by schoolmates. His father’s name is Phil Margera and mother’s name is April Margera, an American TV personality. He is the younger brother of Jess Margera who is an American Musician and nephew of Vincent Margera who is an American television personality. His nationality is American and ethnicity is Mixed of Italian, German, English, Welsh. He went to West Chester East High School as primary and high school and summons his friendship with Chris Raab who is an American television personality. He is not interested in studying and “Chris Raab” is the only reason that he attended school. His religion is Christian. As of 2018, he celebrated his 39th birthday.

Bam is a very handsome skateboarder with an attractive personality. He has got a very charming smile on his face. He stands at a height of 5 ft 5 inches and a weight of 73 kg. He has got dark brown hair color and blue eye color. His waist is 35 in, the chest is 39 in and shoe size is 11/ 43 EU. His other body measurements will be added soon.

Bam Margera is a married person. He married Jenn Rivell and later divorced in 2005. Then, in 2006, he wedded his permanent ally, Melissa Rothstein and they split in 2012 due to his alcoholism. He is currently married to Nicole Boyd on 5th October 2013. They have a baby boy named Phoenix Wolf Margera. As of today, the couple is living a happy life without any disturbances. His sexual orientation is straight.

Net Worth of Bam Margera

Bam Margera is a very successful singer and he has accumulated a lot of money from his singing career. As of 2019, he has an estimated net worth of $50 million. There is no further information about his income and salary. Overall, he is satisfied with his earnings.