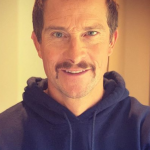 Bear Grylls, who is renowned for his reality show Man vs. Wild, is an adventurer, traveler, and explorer. Adventure sports, such as mountaineering, sailing, and sky diving interested him ever since he was a child. He was trained in these sports by his father who was associated with the Royal Yacht Squadron. He was keen to learn martial arts and earned a black belt in Shotokan karate at an early age. He even became a cub scout when he was eight years old.

Adventures are accompanied by risks and demand immense physical as well as mental strength. Not surprisingly, He has sustained many injuries and has even injured his spine. Apart from recovering from his physical injuries, this courageous individual has overcome his psychological hindrances as well. His determination to climb the Mount Everest remained undeterred even after sustaining severe injuries. He is also a survival instructor, writer, businessman, former ‘Special Air Service’ (SAS) serviceman, and honorary lieutenant-colonel. Let's know more about him through this article.

What is Bear Grylls famous for?

When was Bear Grylls Born?

Recalling his early life, Grylls was born in London, England to his parents; Michael and Sarah Grylls in the year 1974. Currently, he aged 45 years old. He has one sibling, Lara Fawcett. Similarly, he is British by nationality and belongs to English ethnicity. Further, his birth sign is Gemini and he is Christian by nationality.

What school did Bear Grylls go to?

When did Bear Grylls join the military?

When did Bear Grylls begin his media career?

Who is Bear Grylls married to?

Reflecting on his personal life, Grylls married to Shara Cannings Knight in 2000. The couple has three sons. In 2015, while filming his show, Grylls deserted his son on Saint Tudwal’s Island as the tide approached. The RNLI (The Royal National Lifeboat Institution) later criticized him for the stunt, since they did not know a child will be involved

How much does Bear Grylls get paid?

Being an adventurer and writer, Grylls earned an impressive amount of money and salary from his profession in the field of the entertainment industry. Based on some online reports, his estimated net worth said to be $20 million at present. However, his salary and asset details are yet to be disclosed.

How tall is Bear Grylls?

Observing his body statistics, Grylls stands a height of 6 feet 0 inches and weighs around 77 Kg. Similarly, he has a pair of grey eyes and brown hair color. Further, he has 42 inches of chest sizes, 32 inches waist size and 14 inches biceps sizes.

Trivias About Bear Grylls You Need To Know.