Everything to know about ‘Below Deck: Mediterranean' Star Lara Flumiani 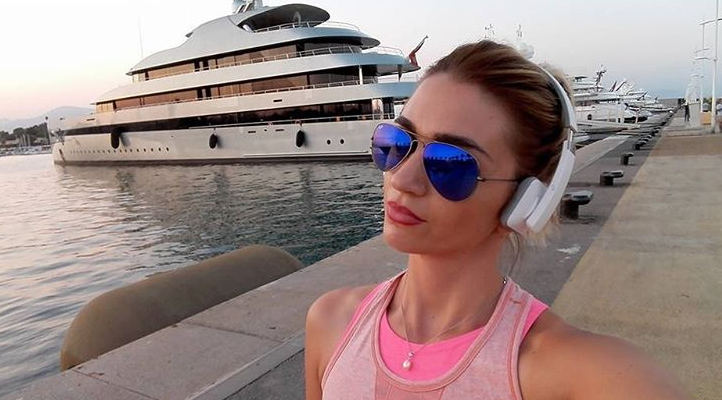 Who is Lara Flumiani from 'Below Deck Med' Season 5?

The new cast members on 'Below Deck Mediterranean' Season 5 is named for Lara Flumiani. She is She's a local of Italy and loves to journey. She is the new cast member who makes her Mediterranean debut on the reality TV series that follows crew members who live and work aboard a yacht as they deal with the dramas of passengers and colleagues while out at sea. The fifth season will premiere on 1st June 2020. She entered the yachting industry by accident but quickly fell in love with the trade. She has been steadily climbing the ranks for 10 years. She's been in the industry for more than a decade. After jumping around as a stew for some time, she finally got her chance to thrive as Chief Stew on a small yacht. Lara never thought she would be a world traveler, but has managed to sail her way through Mallorca, Corsica, and Phuket. Returning for season 5 are Captain Sandy Yawn and Chief Stew Hannah Ferrier. Malia White is returning from a previous season as Bosun. Along with Lara Flumiani, the other new cast members are Jessica More (Stew), Pete Hunziker (Lead Deckhand), Alex Radcliffe (Deckhand), and Robert Westergaard (Deckhand). The new season will take viewers to Mallorca, Spain, on the 184-foot mega yacht The Wellington, which the network touts as the largest in Below Deck history. Hannah is leading the interior, as expected, and Malia oversees the exterior crew.

Bravo described Lara Flumiani as "laid-back" however previews for Season 5 confirmed the stewardess butting heads with a number of the crew. "She does not hold back when confronting drama head-on and can be considered quite the hothead," Bravo says. "She is not afraid to lose her cool if a fellow crew member fails to meet expectations." "With an endless love for culture, Lara takes full advantage of her changing scenery, hopping off-board to party and go sightseeing any chance she gets," her bio explains.

Flumiani is comparatively new to Instagram and she has more than 1K followers. Hours before Season 5 premiered, she had less than 1,000 followers and did not start her page until February 2020. She's filled her page with selfies and pictures of her travels. According to her Instagram page, she's been to South Africa, Thailand, and more countries throughout the Mediterranean.

Below Deck Mediterranean fans already want newcomer Lara Flumiani off the show after having an "attitude problem" with her boss and longtime star Hannah Ferrier. She made a controversial entrance as she joined the Bravo series on tonight's season five premiere. Lara was accused of giving "serious attitude" for "disrespecting" the Wellington's chief stewardess, Hannah, 33, throughout the episode. The brunette from Italy-who said she has a decade of ship experience-was not happy when she was told to clean the boat's rooms.