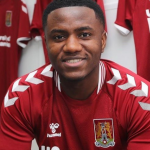 Beryly Logos Lubala is a Congolese footballer who is excellently known as Beryly Lubala plays as a forward for Northampton Town, on loan from Blackpool. Previously, he played for Crawley Town and Birmingham City, where he began his senior career. He has already had some success in League Two during his 2019/2020 loan spell with Crawley Town - a season in which he scored 12 goals in 34 league appearances. As a youngster, Lubala played football for Carib SSFC, Leicester Nirvana, and Friar Lane & Epworth. He was noticed by representatives of Birmingham City's academy while playing in a trial game in 2014 and took up a scholarship with the club that summer. Later, Beryly assessed his strength as his attacking play and felt he needed to improve his left foot. Moreover, he has joined Northampton Town on loan for the rest of the season on 31st January 2022. Besides, Lubala was found not guilty by a Brighton jury in a rape case brought against him on 26th January 2022.

Beryly Lubala has been signed by Northampton Town on loan from Blackpool until the end of the season. He arrives from parent club Blackpool after not making an appearance for the Seasiders this season. He is the fifth loan signing made by Cobblers boss Jon Brady in this window as the club looks to bolster their squad ahead of a final push for promotion in the second half of the season, joining the likes of Josh Eppiah and Idris Kanu at Sixfields. Speaking of his Deadline Day signing, Jon Brady commented, "We feel Bez is a good signing for us, his ability and attributes fit the profile we are looking for."

"He has a strong relationship with Colin Calderwood from Colin's time at Blackpool so we know all about Bez and he knows all about us and we are delighted he is joining us." Brady added, "He has shown tremendous strength of character in what has been a difficult year for him and his family but that is all behind him now, and he is hungry, determined, and ambitious to kick on from here and we are delighted to have him on board." "He had a really good spell at Crawley with plenty of goals and assists in League 2 and has a lot of paces and is a threat. "There was a lot of interest in Bez from a number of clubs at both this and higher levels and we are really pleased to welcome him to Sixfields." 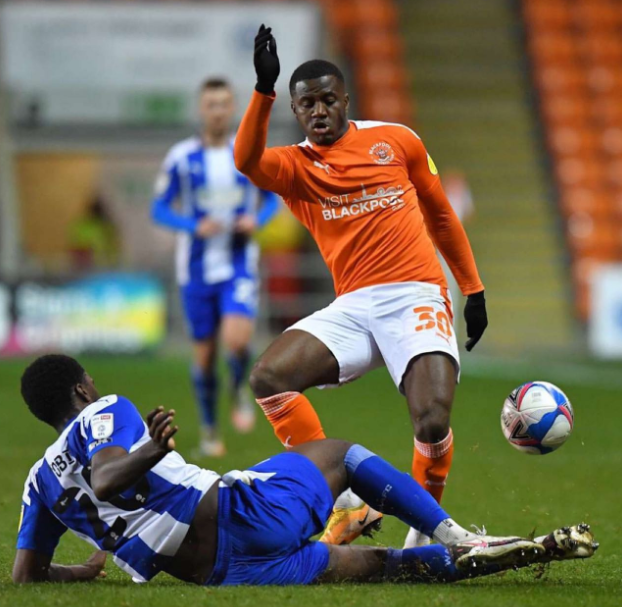 Beryly Lubala opened his eyes for the very first time on 8th January 1998 in the Democratic Republic of Congo, Central Africa. He took birth with the real name of Beryly Logos Lubala in the Christian religion family. He is of Congolese nationality and Congolese-black ethnicity. Lubala has recently celebrated his 24th birthday as of 2022 and as per his birthdate, his star sign is Capricorn. Thus, his race is black. He has not shared any details regarding his family members. 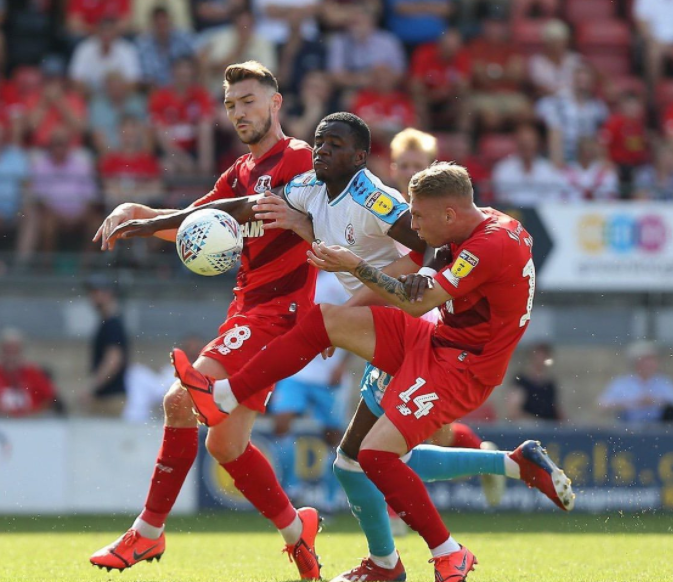 Beryly Lubala is an unmarried footballer. There is not much about his private relation and girlfriend as he always maintains a distance in his personal life and media. So we can surely assume that Lubala is currently living a single lie. Since he is still unmarried and single there isn't any chance of him being through a divorce. Concerning Beryly's sexual orientation, he is straight.

Beryly Lubala has a net worth of between $1 million to $5 million as of 2022 whereas his exact amount of salary has not been disclosed yet. In his short professional time also, he has established himself an identity already. He is merely twenty-four years of age and already is in the way of making a Big name in sports. In addition, Lubala's major source of income is from his football career and he is happy and satisfied with the profession he is in. His current market value is €100Th as of 24th November 2021 which is also his highest market value till now.

Beryly Lubala is 1.77 m (5 ft 10 in) tall and his body weighs around 76 kg. He has good-looking short black hair and dark brown eyes color. Moreover, his body build type is athletic.