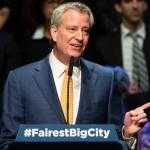 Bill de Blasio is an American politician. He is currently serving as the 109th Mayor of New York City since 2014. Earlier, he served as New York City's public advocate from 2010 to 2013. He announced his candidacy in May 2019 in the Democratic primaries for the 2020 presidential election.

109th Mayor of New York City, Bill de Blasio took the stage at the Democratic Presidential Debate on 31 July 2019. However, he is one of the unpopular figures that most New Yorkers don't want him to run for president.

What is Bill de Blasio Famous For? 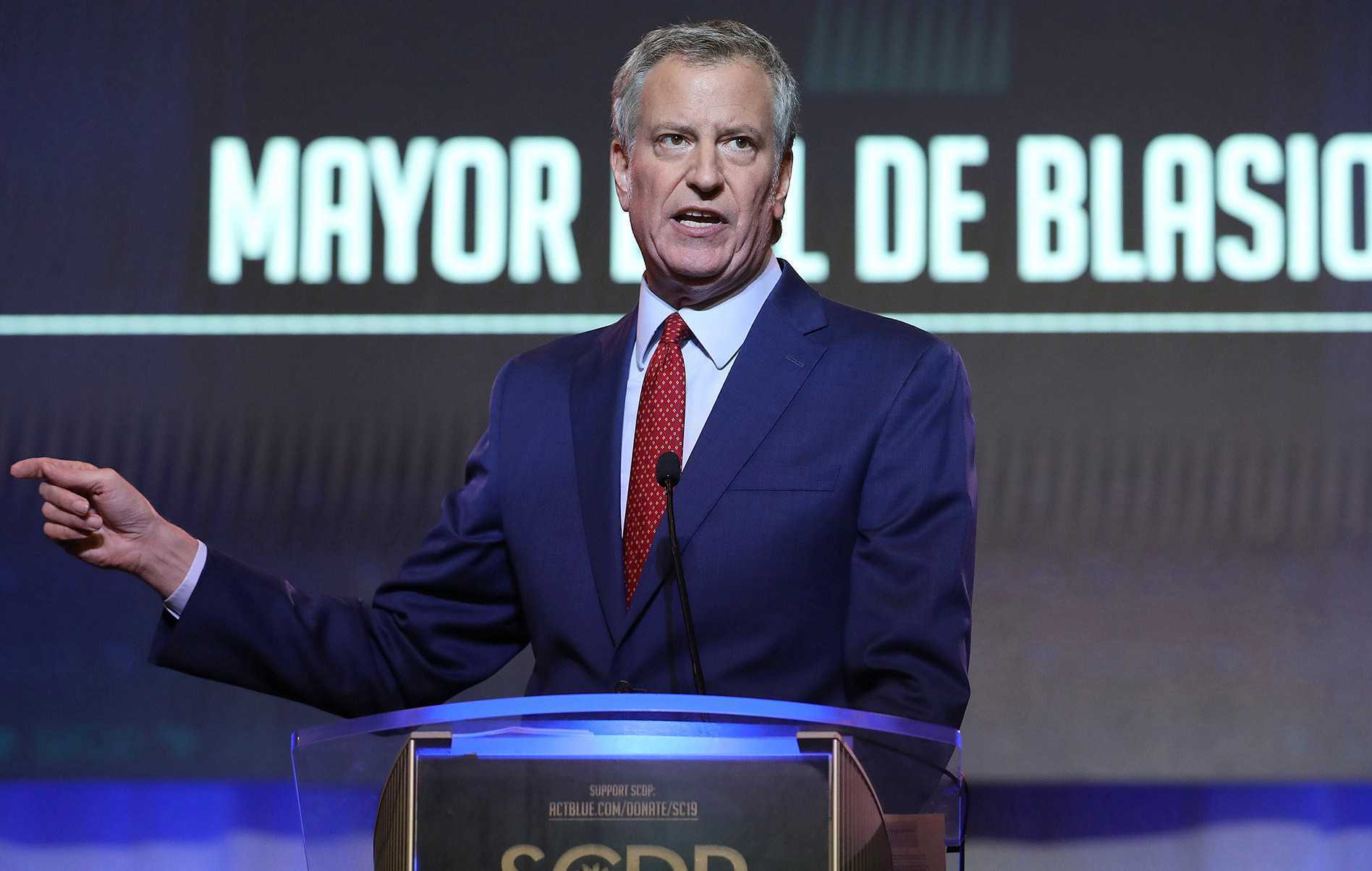 Where was Bill de Blasio Born?

Bill de Blasio was born on 8 May 1961. His birth name is Warren Wilhelm Jr. He was born to a father, Warren Wilhelm Sr., and a mother, Maria Angela. His birth place is in Manhattan, New York City, New York in the United States. He holds American nationality. His mother was of Italian heritage, whereas his father was of German, English, French, and Scots-Irish ancestry. He has two brothers, Steven, and Donald. His mother served in the Office of War Information during World War II and authored The Other Italy: The Italian Resistance in World War II (1988), whereas his father also served in the World War II and worked as a contributing editor at Time Magazine.

The family moved to Cambridge, Massachusetts in 1966, where de Blasio started kindergarten. His parents called him "Bill" or "Billy" growing up. His family divorced when he was 7 years old. His father committed suicide when he was 18 years old.

His first job was part of the Urban Fellows Program for the New York City Department of Juvenile Justice in 1984.

After graduating from Columbia in 1987, he started working as a political organizer for the Quixote Center.

He moved to New York City to start to work for a nonprofit organization focused on improving health care in Central America.

He also joined a group called the Nicaragua Solidarity Network of Greater New York. The group held meetings and fundraisers for the Sandinista political party.

He worked as a volunteer coordinator for David Dinkins' mayoral campaign in 1989. He became an aide in City Hall after the campaign.

He worked as campaign manager for Charles Rangel for his successful 1994 re-election bid.

He was appointed to serve as the regional director for the United States Department of Housing and Urban Development for New York and New Jersey under the administration of President Bill Clinton in 1997.

He was elected to be a school board member for Brooklyn School District 15 in 1999.

He ran for the New York City Council's 39th district in 2001. He defeated Republican Robert A. Bell in the general election.

He served on the education, finance, environmental protection, and technology committees. He also chaired the general welfare committee.

He announced his candidacy for New York City Public Advocate in November 2008.

He finished first in the Democratic primary and won the run-off primary election.

He defeated Republican Alex Zablocki in a landslide victory in the general election in November 2009.

He has been a vocal opponent of Citizens United, the January 2010 U.S. Supreme Court decision which overturned portions of the 2002 McCain-Feingold Bipartisan Campaign Reform Act.

He announced his candidacy to run for the Mayor of New York City in January 2013.

He gained media attention during the campaign when he and a dozen others, including city councilor Stephen Levin, were arrested while protesting the closing of Long Island College Hospital.

He defeated Lhota in a landslide in the general election winning 72.2 percent to 24 percent.

He won the reelection to a second term defeating Republican Nicole Malliotakis in 2017.

He announced in Man 2019 that he would seek the Democratic nomination for 2020 presidential election.

He is the first NYC mayor to wage a national presidential campaign while in office since John Lindsay in 1972.

Who is Bill de Blasio Married to?

Bill de Blasio is a married man. He is married to Chirlane McCray. He has two children.

How tall is Bill de Blasio?

Bill de Blasio stands at a height of 1.96 m i.e. 6 feet and 5 inches tall. He is the tallest mayor in New York City's history.

Trivias About Bill de Blasio You Need To Know.