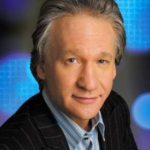 William Maher famed as Bill Maher is a famous American comedian, political commentator, as well as television host who is famous for the HBO political talk, show Real Time with Bill Maher (2003-present) and the similar late-night show called Politically Incorrect (1993-2002), originally on Comedy Central and later on ABC. In 2005, Maher ranked at number 38 on Comedy Central's 100 greatest stand-up comedians of all time. He received a Hollywood Walk of Fame star on 14th September 2010. Overall, he is a very talented comedian.

HBO's Bill Maher and former Fox News and NBC host Megyn Kelly agreed that the news media is "completely biased" during an interview on HBO's "Real Time" on Friday. Kelly argued during the segment that too many journalists allow their personal feelings to be presented, while Maher asserted that "money and conflict" guide the bias. "The media's so messed up right now, it's disheartening to me. And I've felt this way for a long time," Kelly told Maher after receiving a warm welcome from Maher's live studio audience. "Not just since Trump. And I know Trump's rhetoric is too strong, the 'enemy of the people' and all that, and I know why he says it. There are still amazing journalists out there doing great work. But the media is completely biased." "You worked for Fox News. I think there's another side to the story," Maher countered. "Of course, Bill. Of course. But Fox News was born and did so well because the rest of the media was so biased to the left," Kelly noted. Kelly has a husband and three young children, which she cited as one of the reasons she wanted to leave primetime at Fox News.

Who are the Parents of Bill Maher?

Bill Maher was born on 20th January 1956 in New York City, New York, the USA as William Maher. As of 2020, he celebrated his 64th birthday. He holds an American nationality and his ethnicity is White. His religion is Roman Catholic and his birth sign is Aquarius. He was born to his father William Aloysius Maher Jr. who was a network news editor and radio announcer, and his mother, Julie Maher who was a nurse. He also has a sister named Kathy Maher. He attended Pascack Hills High School in Montvale in 1974 and then attended Cornell University, where he double-majored in English and history, and graduated in 1978.

How was Bill Maher's Career? 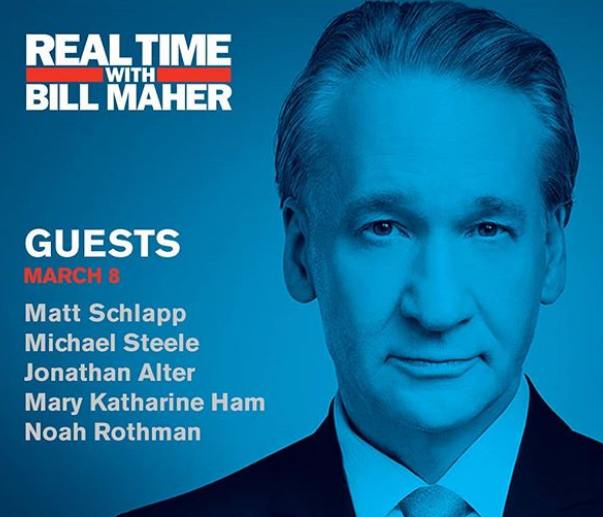 Is Bill Maher Married or Unmarried?

Bill Maher is an unmarried person. But he dated former Playboy Cyber Girl Coco Johnsen in 2003 and ended their relationship in 2004. He then began dating Karrine Steffans, best-selling author and former hip hop model in 2005 and in 2014, he was dating Ontario-born singer Anjulie Persaud. In 2015, he was also in a romantic relationship with  Anjulie Persaud. Regarding marriage, he quoted on his website saying, "I'm the last of my guy friends to have never gotten married, and their wives, they don't want them playing with me. I'm like the escaped slave, I bring news of freedom." At present, he is living a single life happily without any disturbances. His sexual orientation is straight and he is not gay as well.

What is the Net Worth of Bill Maher?

The net worth of this famous comedian will be surely in millions. Bill Maher is a very successful person and he is one of the richest comedians in the world. As of 2020, his Net worth is $100 Million. His income includes TV shows, TV series, Movies, various comedy specials and many more. But his exact salary has not been revealed yet but it will be added soon once we get information about it. Overall, he is satisfied with his earnings.

How tall is Bill Maher?

Being at the age of sixty-four, Bill Maher has maintained his body a lot and he looks very handsomely with a slim body build. He stands at a height of 5 ft 8 in tall with a height of 74 kg. His hair color is salt and pepper due to his age and his eye color is grey. His other body measurements will be added soon. 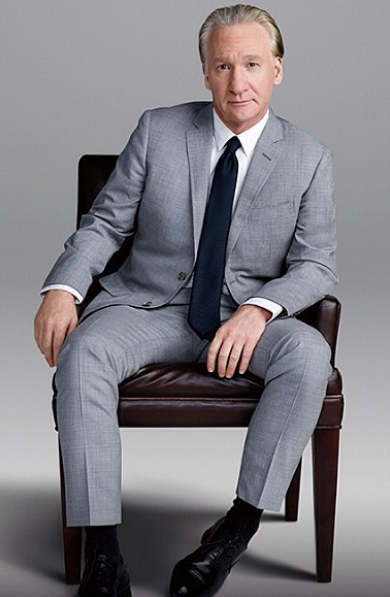 Trivias About Bill Maher You Need To Know.