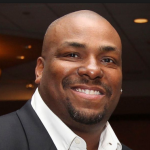 Who is Bobby Bonilla? What makes him famous?

Bobby Bonilla is a former player in Major League Baseball of Puerto Rican descent who played in the major leagues from 1986 to 2001.

Through his 16 years in professional baseball, Bonilla accumulated a .279 batting average, with a .358 on-base percentage and a .472 slugging. He was on the Florida Marlins team that won the 1997 World Series. Bonilla led the league in extra base hits (78) during the 1990 MLB season and doubles (44) during the 1991 MLB season. He also participated in six MLB All-Star Games and won three Silver Slugger Awards.

From 1992 to 1994, Bonilla was the highest-paid player in the major leagues, earning more than $6 million per year. Since 2011, he has been paid approximately $1.19 million by the New York Mets each year and is the poster boy for the mutually beneficial practice among major league teams for deferring contractual payments until well after the player has retired. The payments come every July 1, which some media members refer to as "Bobby Bonilla Day". This was part of a deal made when the Mets released Bonilla before the 2000 season while still owing him $5.9 million for the final year of his contract. The deal expires in 2035, at which point Bonilla will have been paid $29.8 million for a season in which he did not even play for the Mets. 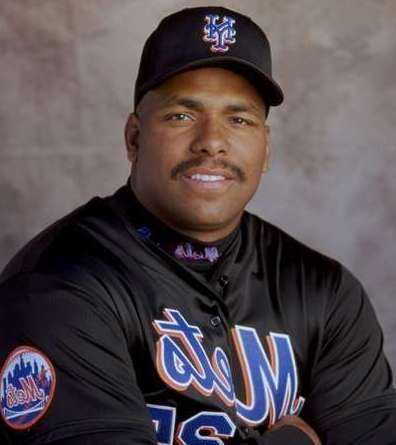 Where was Bobby Bonilla born?

Back to his early life, Bobby was born in the Bronx, New York City, USA. He is American by nationality and belongs to Afro-American ethnicity. His birth name is Roberto Martin Antonio Bonilla. The information about his parents, siblings and his childhood information is yet to be disclosed. In the case of disclosed, we will let you know.

Regarding his education, He graduated from Herbert H. Lehman High School in 1981. Later, he enrolled New York Institute of Technology in Old Westbury, New York pursuing a degree in computer science.

When did Bobby Bonilla pursue his baseball career?

What are Bobby Bonilla honors and awards?

Bonilla is a former baseball player who played from 1986 to 2001 for the Puerto Rican descent. Through his 16 years of a Baseball career, he has a magnificent batting average of .279, 2,010 hits, 287 home runs, and many award-winning games which are given below:

Who is the wife of Bobby Bonilla?

Reflecting his personal life, He was a previously married man. He was married to his long-term girlfriend Migdalia "Millie" Bonilla in 1980s. The couple met at Herbert Lehman High School in The Bronx.

The couple blessed with two children together. He and his wife divorced in 2009. The reason behind their divorce is yet to revealed. Apart from that, there is no information available regarding his personal and love life on social networking sites.

Further, Bonilla and his wife Millie started the Bobby and Millie Bonilla  Public School Fund with $35,000 in the year 1992, February. He has also participated in the other charity events like Players Trust All-Star Golf Tournament.

What is Bobby Bonilla Net Worth?

Bobby Bonilla is currently being paid approximately $1.19 million by their old team New York Mets each year. This was a part of a deal with the New York Mets for which he has been paid for the next 25 years. This deal is starting from July 2011 and ending up in the year 2035. This contract leads him to give an amount worth $29.75 million in these 25 years.

As the 25 years contract payment come every July 1, which some of his fans refers to this day as Bobby Bonilla Day. This day has been remembered as a golden day in the history of Major League baseball.

Why is retired Bonilla being paid $1.19 million each year?

New York Mets were paying him $5.9 million in the year 2001 to him. So Bonilla went to the New York Mets management with a proposal. Bonilla and his agent proposed him that instead of paying him $5.9 million in 2001, instead of that they pay him $1.19 million each year over 25 years starting from 2011. This magnificent deal leads New York Mets to pay Bonilla $29.75 million over 25 years starting in July 2011. As this deal is somehow funny, but it is not what it looks like. Actually, this deal is not simple but a good one for Mets.

How tall is Bobby Bonilla?

Observing his body statistics. Boby stands a heigh of 6 feet 3 inches and his weight is unknown. His other body information is yet to be disclosed. In the case of disclosed, we will let you know.

Trivias About Bobby Bonilla You Need To Know.