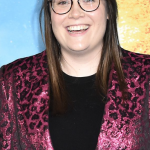 Bonnie Chance Roberts is a British film producer who has produced and co-produced various short films and shows including "Nether" and "How to Build a Girl". One of her earliest jobs was as an assistant to producer Debra Hayward. She is also the producer of "How to Build a Girl", "Cats", "Mary Queen of Scots", "Tutankhamun", "Taming of the Shrew", "Harlots", "Bridget Jone's Baby", and more.

What is Bonnie Chance Roberts Known For?

Where is Bonnie Chance Roberts from?

Bonnie Chance Roberts was born on 24th December 1991. She is from Liverpool, England, United Kingdom. She holds British nationality and her ethnicity is British-White. She was born into a Christian religious family. She is the daughter of Sharon Roberts. She has two siblings, Josh Roberts, and Theo Roberts. Theo works at Red Door Liverpool. In 2013, she graduated from Birmingham University. Next, she studied English with creative writing. Her present age is 30 as of 2022. Capricorn is her zodiac sign as per her birthdate.

Who is Bonnie Chance Roberts engaged to?

Bonnie Chance Roberts is an engaged lady to her partner/girlfriend, Beanie Feldstein. Beanie works as an actor in the United States. In June 2022, it was revealed that Bonnie and Beanie had gotten engaged in a private ceremony. The same month, during an appearance on Late Night with Seth Meyers, Beanie revealed that she and Bonnie had gotten engaged in 2021. The background of the picture was peppered with beautiful flowers and lights. The Booksmart star was seen in a pink gingham dress, while Roberts sported a light grey jacket, black pants, and boots for the occasion. The couple reportedly organized a party for their family and friends after the engagement.

Everything To Know About Beanie Feldstein

The couple appeared together for the first time in public at the 2019 Toronto International Film Festival for the premiere of their film How To Build A Girl. In March 2019, Bonnie announced during an SXSW panel that her boyfriend was a female. The couple met one another in the United Kingdom. Apparently, the professional relationship-turned personal connection completely changed the way that the actress views romance and relationships. Her sexual orientaiton is lesbian. 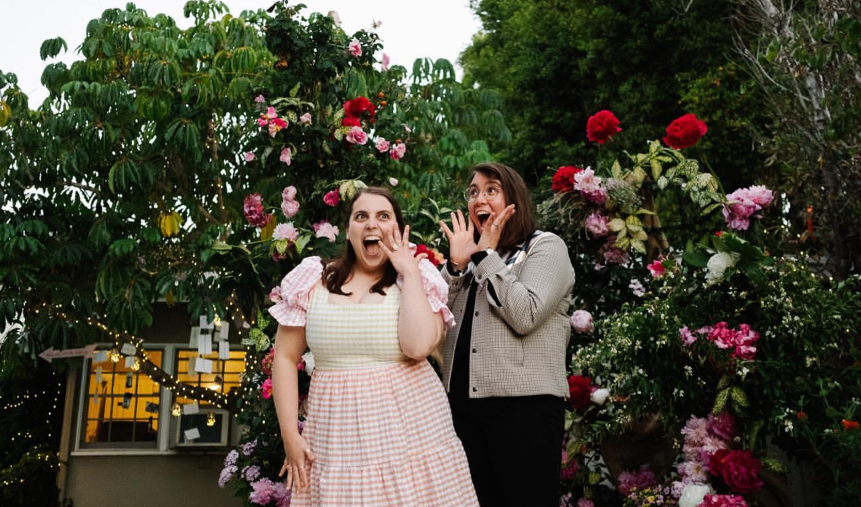 Beanie took to her Instagram on June 23, 2022, to tell her 600k followers she got engaged to Bonnie. In the adorable photo album Beanie shared — which was captioned “i do, bon” — Bonnie can be seen kneeling on one knee as she holds out the engagement ring to Beanie, who looks completely overjoyed. In a subsequent snap, Beanie also gets down on one knee to propose. The rest of the post has several photographs of their family and friends celebrating the amazing news, including Beanie’s bro Jonah.

What is Bonnie Chance Roberts's Net Worth?

Bonnie Chance Roberts is a film producer by profession. As of 2022, the net worth of Bonnie Chance Roberts is estimated to have $500K as of 2022. She is making an annual salary of between $50K-$100K at present. Her main source of wealth comes from her professional career of film producing career. She is living a cool and comfortable lifestyle at present.

How tall is Bonnie Chance Roberts?

Bonnie Chance Roberts is a beautiful lady with a slim body type. She stands at the height of 5 ft 6 in or 167.5 cm. Her body weight consists of 69 kg or 152 lbs. She has a pair of hazel eyes and her hair color is dark brown. Overall, she has got a healthy body at present. She always sports a pair of reading glasses. She has an oval face shape.