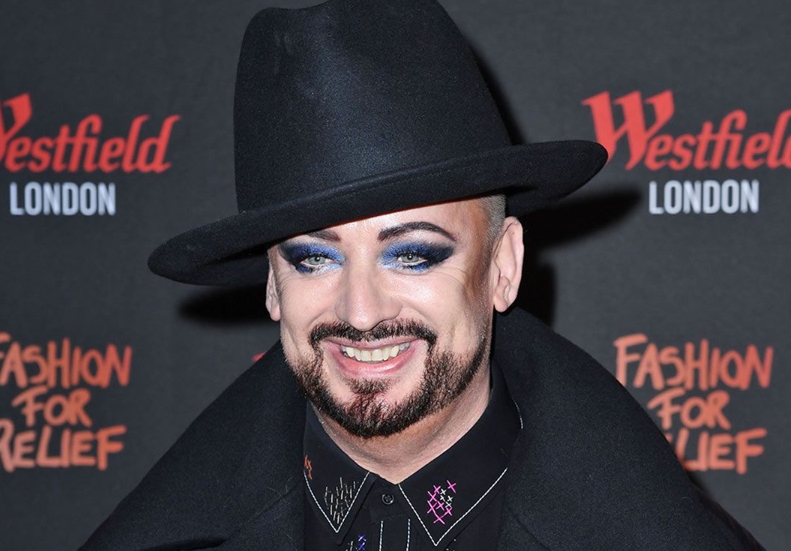 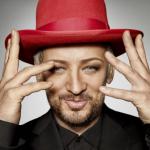 Boy George is an English singer, songwriter, DJ, fashion designer, mixed media artist, photographer, and record producer. He is the lead singer of the pop band "Culture Club". Formed in 1981, the Culture Club has released multiple albums and songs like Kissing to Be Clever, Life, The War Song, From Luxury to Heartache, Miss Me Blind, Waking Up with the House on Fire, Don’t Mind If I Do, Colour by Numbers, Do You Really Want to Hurt Me, Time (Clock of the Heart), Church of the Poison Mind, I’ll Tumble 4 Ya, Victims, Karma Chameleon, It’s a Miracle, I Just Wanna Be Loved, Love Is Love, and Your Kisses Are Charity.

He has also branched out as a solo artist and his discography consists of various albums including Sold, Tense Nervous Headache, Boyfriend, The Unrecoupable One Man Bandit, The Martyr Mantras, Cheapness and Beauty, U Can Never B2 Straight, This Is What I Do, and Ordinary Alien. He is renowned for his soulful voice and his androgynous appearance. He was part of the New Romantic movement which emerged in the late 1970s to early 1980s. He was the lead singer of Jesus Loves You between 1989 and 1992. In 2015, he received an Ivor Novello Award from the British Academy of Songwriters, Composers, and Authors for Outstanding Services to British Music.

Boy George signs up for I’m A Celebrity

I’m A Celebrity is returning to Australia for the first time in three years following the pandemic, with filming kicking off in November. The full I’m a Celebrity 2022 line-up has been announced. Former rugby player Mike Tindall, singer Boy George and DJ Chris Moyles are among the first stars announced for I'm A Celebrity... Get Me Out Of Here! During an appearance on Saturday Night Takeaway earlier this year, George actually told Ant and Dec that he would love to take part in I’m A Celebrity – as long as the show could cater to his dietary requirements.

What is Boy George Known For?

What is Boy George's Real Name?

Boy George was born with the real name of George Alan O'Dowd on 14th June 1961, in Barnehurst, Kent, England, to his parents, Jerry O'Dowd (born Jeremiah; 1932–2004) and Dinah O'Dowd (born Christina Glynn; 1939). He has five siblings - Richard (Oldest child of Dinah, George’s Half-brother), Kevin O’Dowd (Older Brother), David O’Dowd (Younger Brother), Gerald O’Dowd (Younger Brother) (Bricklayer and former Boxer), Siobhan (Younger Sister) with whom he grew up. He was raised in a working-class Irish Catholic family. He had a difficult childhood because of his abusive father. His present age is 61 as of 2022. He holds British nationality and his ethnicity is Mixed of British-Irish. Gemini is his zodiac sign and his religion is Christian.

George studied at Eltham Green Secondary School in South East London until the age of 15 after which he was expelled. He then took up odd jobs to sustain himself. He worked as a fruit picker, milliner, etc. 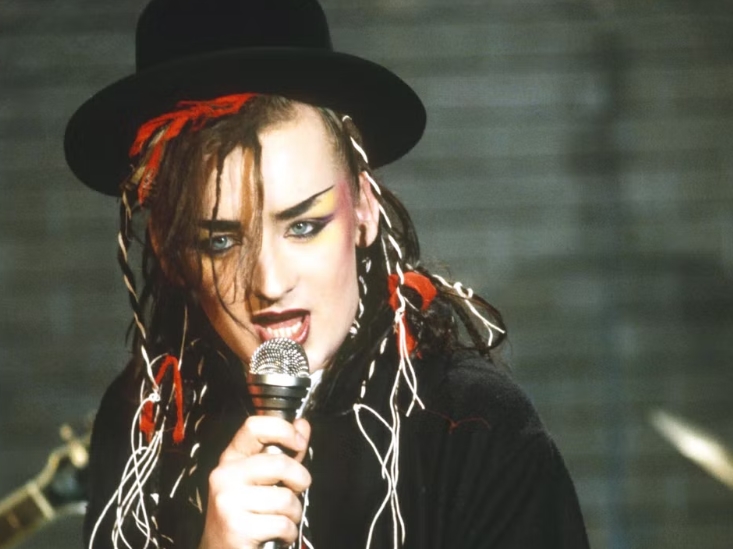 Boy George is a singer, songwriter, DJ, fashion designer, mixed media artist, photographer, and record producer whose net worth is estimated to have $50 Million as of 2022. He has built his million-dollar empire via his career. His main source of wealth comes from the music industry and he is living a luxurious lifestyle. He lives in a lavish mansion. He is making his annual salary in millions of dollars from his profession. At the height of his fame several years ago, George endorsed several brands worldwide that are difficult to track and list now. He was in the news for being the face of Dior Homme in 2017.

Who is Boy George Partner?

Boy George is currently living a single life. He enjoys his own company at present. He is focused on his career at present. His sexual orientation is gay. 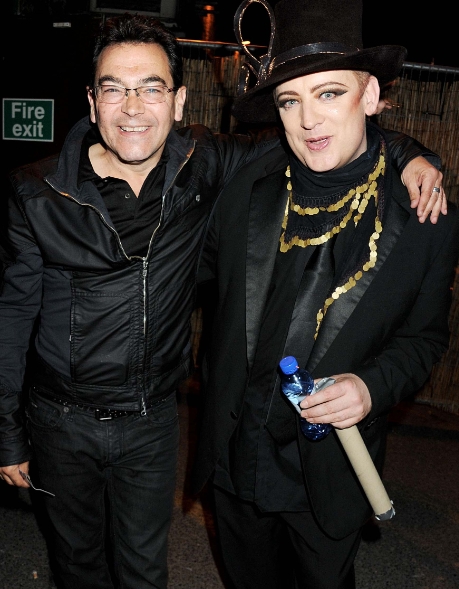 Initially, he dated Kirk Brandon who is a British musician. After that, he began his relationship with Jon Moss in the early 1980s. Next, his love life started with Michael Dunne from the late 1980s to the late 1990s. Then, he had a brief heterosexual relationship with the British actor, Martine McCutcheon in 2006 which lasted a year. From January 2007 to April 2007, he dated Audun Carlsen.

How tall is Boy George?

Boy George has tall and perfect height of 6 feet or 1.83 m. His body weight consists of 80 kg or 176 lbs. Taking charge of his health, he acquired a dramatic transformation in his 50s after a 40 kg weight loss. His hair has gone grey now, but childhood pictures show that his natural hair color was Ginger Brown. He has a pair of hazel-green eyes. His body type is average. He has fair and pale skin. He wears a shoe size of 10 (US) or 9.5 (UK) or 43 (EU). He has got a healthy body with a charming smile.

He has a tattoo of David Bowie on his right arm and Marc Bolan on his left arm. They are his favorite tattoos on his body to date.

Trivias About Boy George You Need To Know.

Where was Boy George born?

Who is the father of Boy George?

The father of Boy George is Jerry O'Dowd.

Who is the mother of Boy George?

The mother of Boy George is Dinah O'Dowd.

What is the net worth of Boy George?

The net worth of Boy George is $50 Million.

What is the salary of Boy George?

The salary of Boy George is Millions of dollar.

What is the color of Boy George's hair?

What is the color of Boy George's eye?