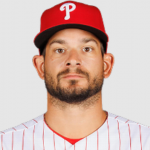 Brad Hand is an American professional baseball player who is famous for being the pitcher for the Philadelphia Phillies of Major League Baseball (MLB). Previously, he has played in MLB for the Miami Marlins, San Diego Padres, Cleveland Indians, Washington Nationals, Toronto Blue Jays, and New York Mets. He was a three-sport athlete at Chaska High School, and after his senior year in 2008, the Florida Marlins selected him in the second round of the 2008 MLB Draft. He made his MLB debut in 2011. He spent the next two seasons alternating between starting and relief roles for Miami before he was claimed on waivers by the Padres shortly before the 2016 season. He had a breakout role in San Diego, attributed in part to his slider. The Padres traded Hand to the Indians midway through the 2018 season, and he made his first postseason appearance in the 2018 American League Division Series. On 16th March 2022, the Philadelphia Phillies signed Hand to a one-year contract.

What is Brad Hand Born Name?

Brad Hand was born on March 20, 1990, in Minneapolis, Minnesota, USA. He is American by nationality and his ethnicity is American-White. His born name is Bradley Richard Hand. His present age is 32 as of 2022. He was born to Lon and Barb Hand, his parents. His family moved around Minnesota during his childhood, with stops in West St. Paul and Eagan before settling in Chaska just before Hand entered high school. He was a three-sport varsity athlete at Chaska High School, receiving honors in American football, ice hockey, and baseball. He finished his senior baseball season with an 8–2 win-loss record, two saves, and a 0.61 earned run average (ERA), allowing only six earned runs in 68 innings pitched. He committed to play college baseball for the Arizona State Sun Devils. There, he started his professional baseball career.

Who is Brad Hand Wife?

Brad Hand is a married man. He tied a knot with his beautiful wife, Morgan Hand on February 28, 2015. The couple has been dating since the early 2010s. Back on December 14, 2014, Hand posted a picture of his girlfriend flaunting her proposal ring. Along with the picture, he wrote: "She said yes! Couldn't be happier, love you @mabaker531." Together with his wife, Morgan is blessed with two adorable children named Lila Bradley and Cuyler James. Lila, the eldest one was born on December 9, 2015, and the youngest, Cuyler was born on November 18, 2018. During the birth of his first child, Hand revealed the news via Instagram, posting a picture. In the caption, he wrote: "Welcome sweet Lila Bradley to the world! @mbhand531 is the strongest mama ever, Love them both so much #8lbs1oz 12/8/15". During the baseball offseason, the Hands live in Jupiter, Florida. The couple is enjoying their present life a lot. His sexual orientaiton is straight. 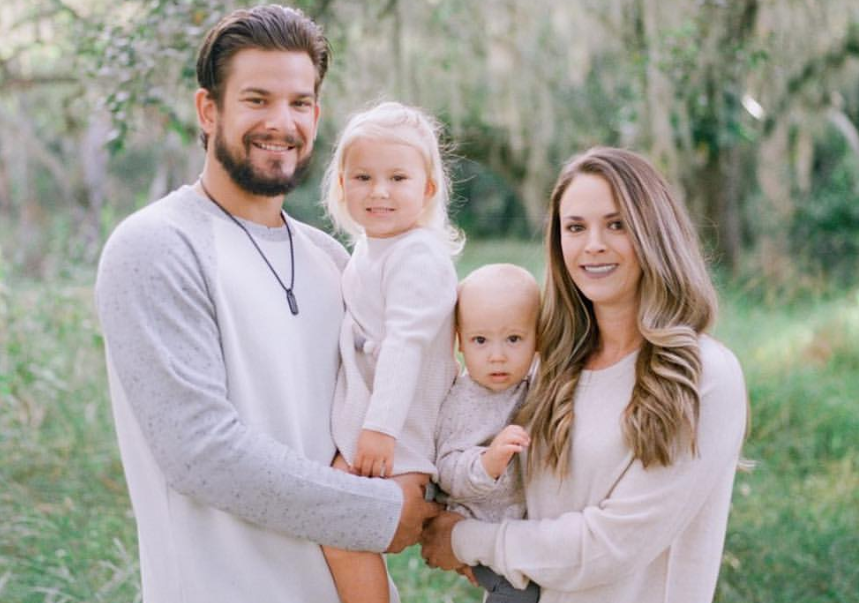 How much is Brad Hand making annually?

Brad Hand is a professional baseball pitcher whose net worth is estimated to have $20 Million as of 2022. He signed a 1 year / $6,000,000 contract with the Philadelphia Phillies, including $6,000,000 guaranteed, and an annual average salary of $6,000,000. In 2022, Hand will earn a base salary of $6,000,000, while carrying a total salary of $6,000,000. His main source of wealth comes from his baseball career. He is also reported to earn additional cash via endorsement deals. The brand he regularly promotes on his Instagram is Golf Pride, Costa Sunglasses, Stance, and many more. He is living a lavish lifestyle at present.

What is Brand Hand Height?

Brad Hand is a handsome baseballer with a height of 1.91 m or 6 ft 3 in and his body weight consist of 98 KG. His body type is athletic. His eye color is light brown and his hair color is black. He frequently does exercise to maintain his body. He has got a healthy body at present.

Trivias About Brad Hand You Need To Know.