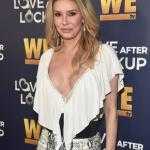 Brandi Glanville is a famous American Television personality, author and former model. She is also cast member on the reality television series "The Real Housewives of Beverly Hills". She has written two books to date.

What is Brandi Glanville famous for? 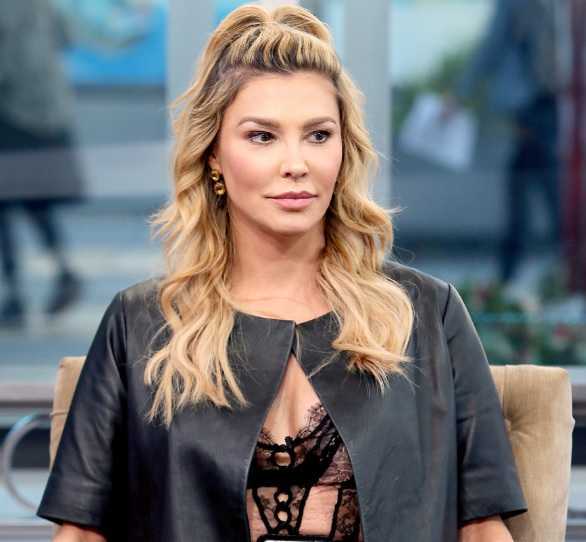 Where was Brandi Glanville born?

Brandi Glanville was born on 16th November 1972 in Salinas, California of the United States. Her birth name is Brandi Lynn Glanville. American is her nationality. Her zodiac sign is Scorpio. She has a mixed ethnicity of English, French, and German.

She was raised in her hometown, California. During her childhood, she and her siblings used to sell Marijuana which her father grew in order to earn money. She did her schooling from John F Kennedy High School. She left her studies at the age of 16.

How is Brandi Glanville's career?

-Brandi Glanville started her career as a model in Paris at the young age of 16 years. She was signed as a model by Elite Model Management and she started to work in Europe and in the US.

-At the age of 17, she took part in Paris runway shows.

-During her modeling career, she was featured in the covers of Glamour and Cosmopolitan. In addition to that, she had also worked for Chanel, Giorgio Armani, and Gucci.

-She made her TV debut from the second season of the Bravo Reality series, "The Real Housewives of Beverly Hills" in 2011. She has made her appearances throughout the season as a "Friend of the Housewives".

In its the third season, she and Yolanda Foster joined the cast as housewives. She was in the show until 2015, before returning as a guest in the 6th and 9th season of that show.

-She started a weekly podcast show named, "Brandi Glanville Unfiltered" where she discusses her life, popular culture, and take interviews with various personalities and she also wrote a weekly column for an Australian celebrity magazine"NW".

-In the year 2015, she took part in the seventh season of Celebrity Apprentice where she got eliminated two weeks before the finale and she also appeared in the reality series"Famously Single" in the year 2016.

-She competed with her friend, Dean Sheremet on the Fox reality series"My Kitchen Rules" where they finished in 3rd place.

-Currently, she also appeared on the second season of Marriage Boot Camp: Reality Stars Family Edition with her father.

-She has also been the author of two books, Drinking and Tweeting: And other Brandi(2013) and Drinking and Dating(2014) and became the New York Times bestselling author of 2014.

How is Brandi Glanville's personal life?

The former model, Glanville was married to Eddie Cibrian, an actor on 12th May 2001. They had two sons named Mason Edward and Jake Austin. However, they got divorced in 2010, as Eddie was having an affair with Leann Rimes.

She has already dated Gerard Butler, Josh Kerwin, and Theo Ven. Currently, she is dating Donald Friese since 2016.

What is the net worth of Brandi Glanville?

The Television personality, Glanville has an estimated net worth of $2 million. She earns a handsome amount of money from her profession.

She has got a huge fan following in her social media account. At present, she has more than 333k followers on Instagram and has 272k followers on Facebook.

How tall is Brandi Glanville?

The 46 years aged, Glanville has a well-maintained body figure. She stands 5ft 10inches tall and has a normal body weight of 60 kg. She has dark brown eyes and her hair color is blonde.