Brandon Charles Boyd, popularly known as Brandon Boyd is an American singer, songwriter, musician, author, and visual artist. Boyd is best known as the lead vocalist of the American rock band, Incubus. As of 2020, the band has released eight studio albums and three EPs. The band has sold over 19 million albums. The band went on hiatus in 2008 and they returned with the greatest hits album in 2009. In 2013, he formed a new alternative rock band, Sons of the Sea. As a solo artist, he released his debut solo studio album, The Wild Trapeze in 2010.

Boyd is also a passionate artist. He has been drawing his entire life. He uses his artwork as a means for environmental activism. His creations were put for a large-scale online exhibition in April 2020. He has also written three books to date.

Besides his career, Boyd is also known for his philanthropic works. Through his non-profit organization, he has been involved in numerous charitable causes.

What is Brandon Boyd Famous For? 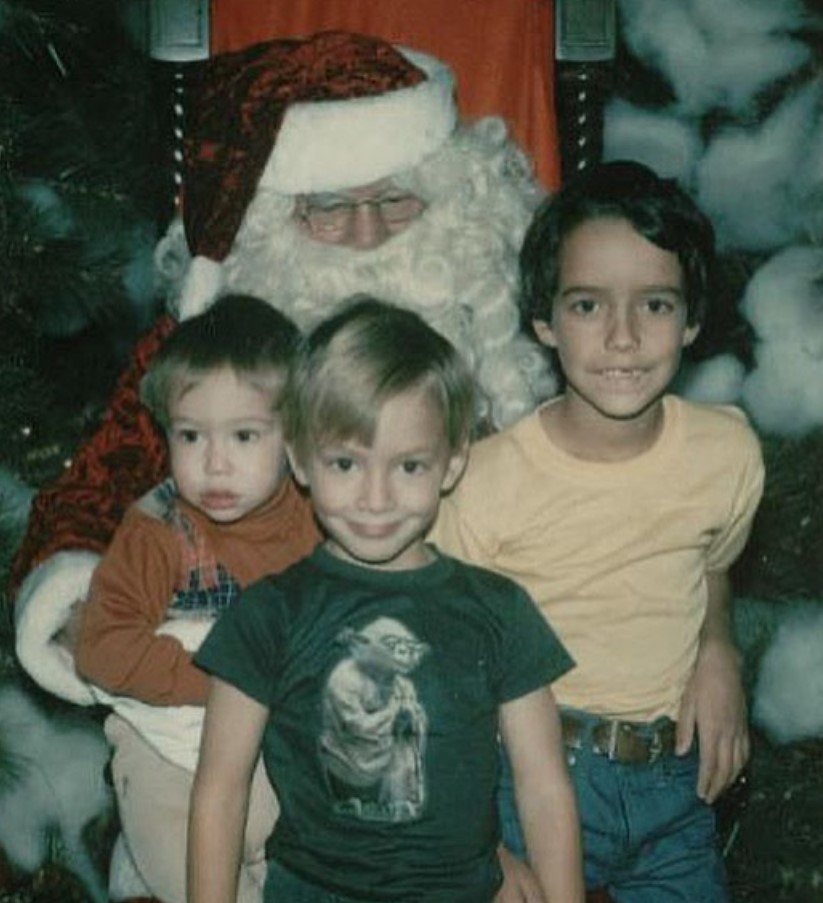 Where is Brandon Boyd From?

Incubus lead vocalist Brandon Boyd was born on 15 February 1976. His birth name is Brandon Charles Boyd. He later went on to be known with several names: The Invisible Floating Torso Man (Make Yourself), Happy Knappy (Fungus Amongus), Brandon of the Jungle (Enjoy Incubus), and Cornelius (S.C.I.E.N.C.E). Boyd was born in Van Nuys, California in the United States. He holds an American nationality. His home town is in Calabasas, California, where he grew up. He was born to father Charles Boyd and mother Priscilla "Dolly" Wiseman. He has a younger brother named, Jason who is the former lead singer of the band Audiovent. He also has a brother named Darren. He belongs to white ethnicity and his religion is Christianity. His zodiac sign is Aquarius.

Regarding his educational background, Boyd attended Calabasas High School. After graduating from high school, he attended Moorpark College. However, he left college to commit to his music career with Incubus. 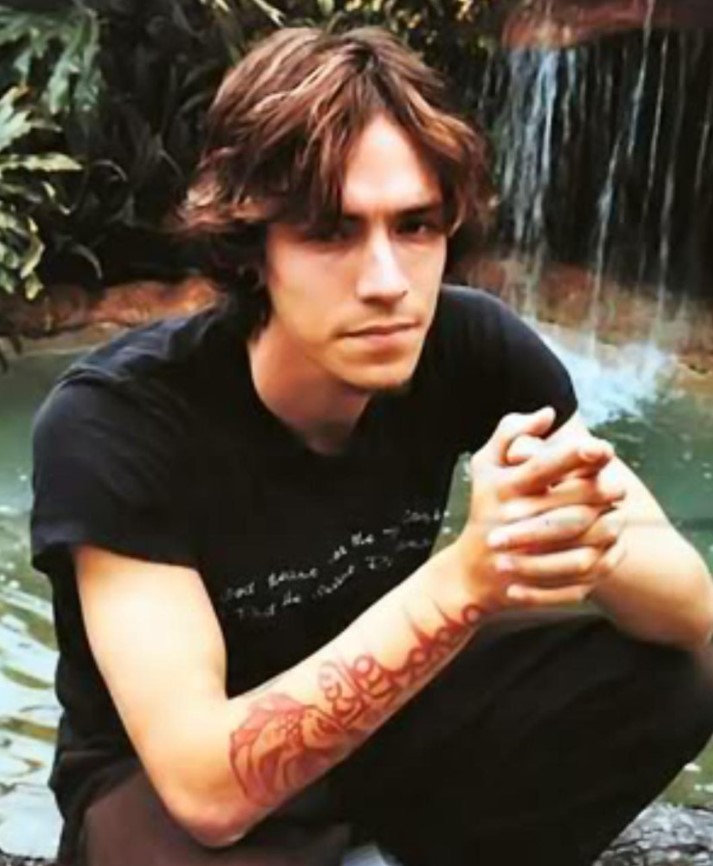 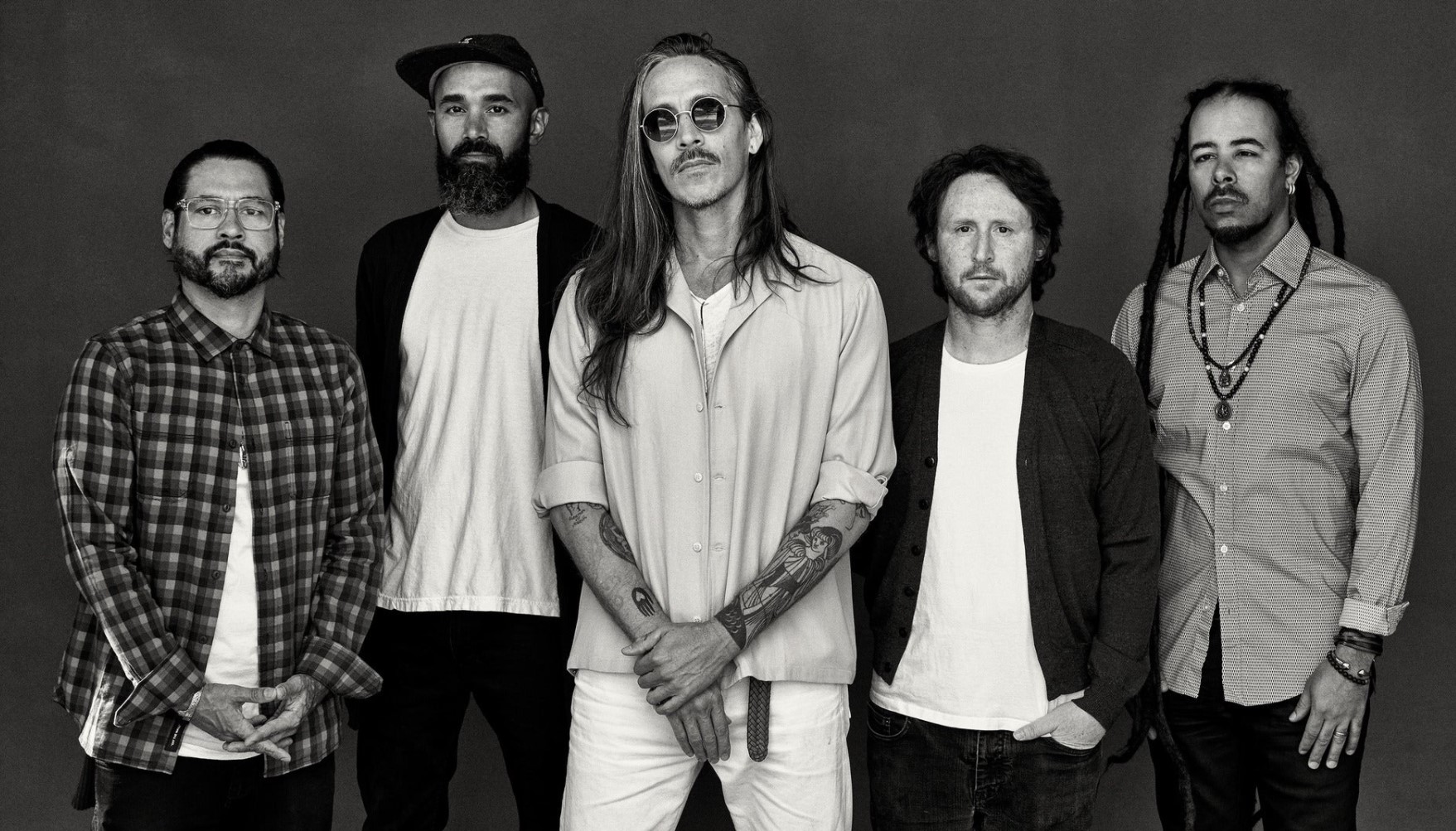 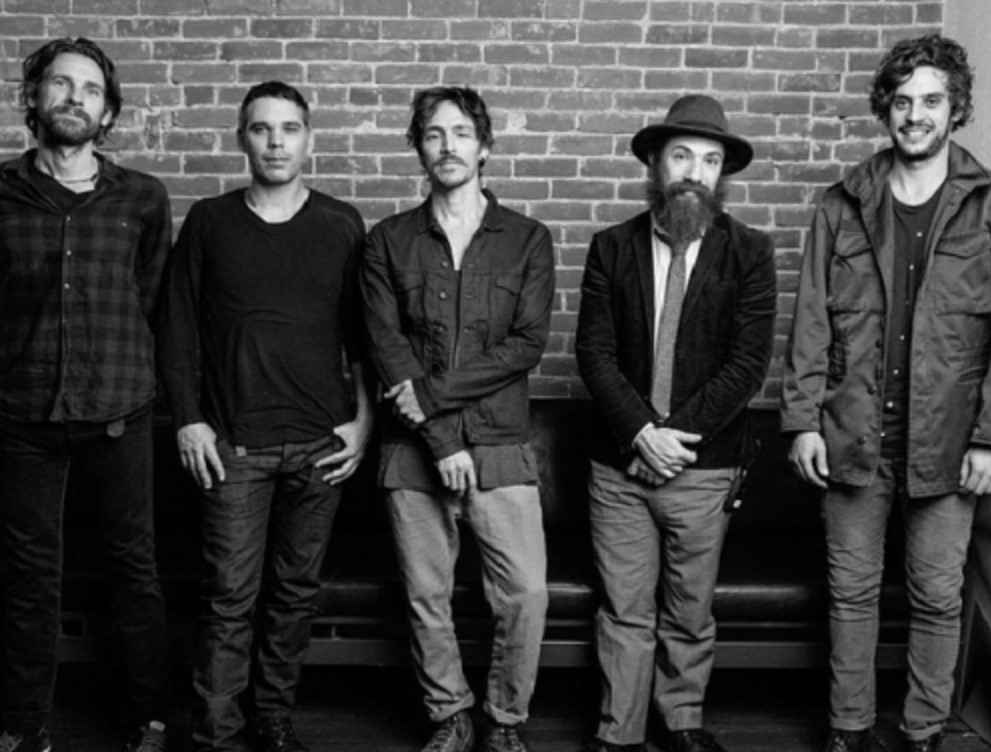 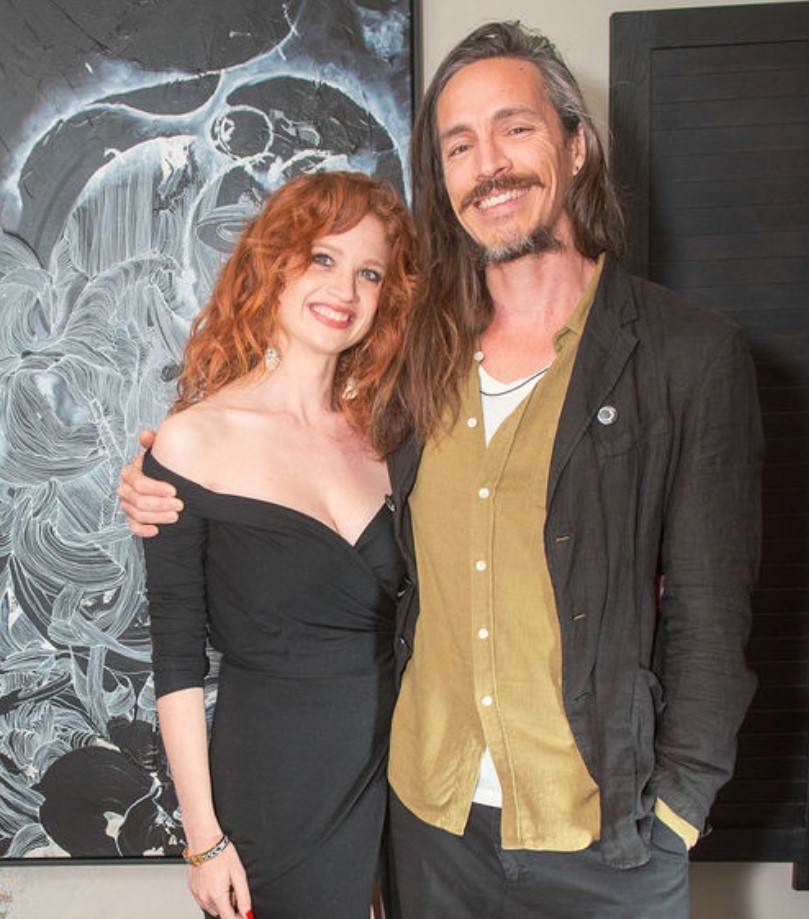 Brandon Boyd has never been married in his life. However, he has a long list of relationship history.

At present, Boyd is rumored to be dating Sarah Hay. Their dating rumor started in 2020 when Boyd posted his painting of Hay on his Instagram. The painting was titled, "Sarah with red spirals". Hay also posted some pictures of her taken by Boyd on her Instagram. However, neither of them has confirmed their relationship.

Boyd has been previously linked with numerous women including Jo Bourne-Taylor, Carolyn Murphy, and Baelyn Elspeth. He has been romantically linked with several other celebrities as well. He had a long-term relationship with some of them. However, neither of them ended in marriage. He does not have children.

Boyd is known for his philanthropic works. He founded the 501 (c)(3), a non-profit The Make Yourself Foundation along with his Incubus bandmates in 2003. The foundation has raised over $1.4 million globally and has granted funding to over 60 nonprofit organizations. 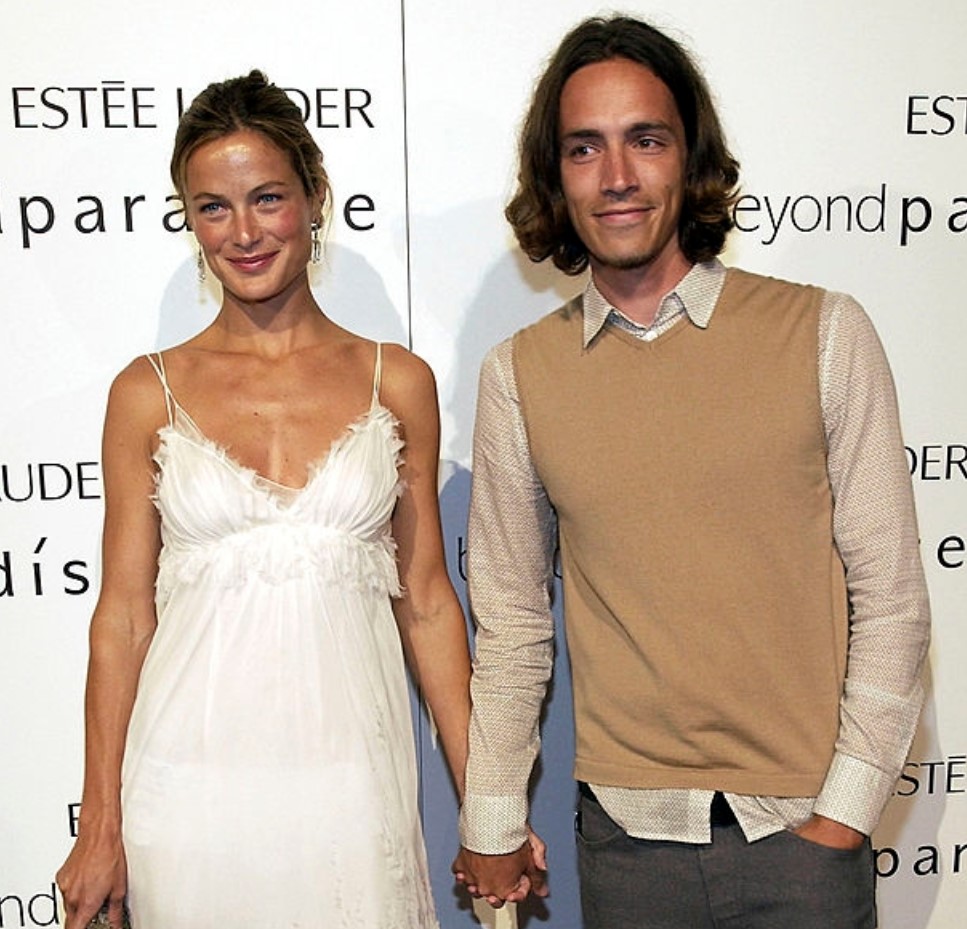 Incubus vocalist, Brandon Boyd stands at a height of 1.88 m i.e. 6 feet and 2 inches tall. He has a body weight of 170 lbs i.e. 77 kg. He has a slim body build. His eye color is brown and his hair color is dark brown. His sexual orientation is straight.

He is known for his wide variety of tattoos. He has several tattoos on his body. He has a tattoo that writes a Buddhist mantra, "Om Mani Padme Hum" on his forearms. He has a koi fist in red ink. He has several tattoos on the inside of his right arm including a Tibetan mantra. He has a back tattoo with an image of the All Seeing-Eye embedded in a pyramid. He has a tattoo of the Eye of Horus on his right ankle. He also has tattoos of his parents' names on his forearms. Other tattoos he has are an owl on his back, one teardrop on his index finger on both hands. He also has a picture inspired by Aubrey Beardsley's famous art, "The Peacock Skirt" on his left arm.

Brandon Boyd is a popular name in the music industry. He gave music to the industry, the industry gave him name and fortune in return. He has made his fortune mostly out of his music career. He is the lead vocalist of the American rock band, Incubus. He founded the band in 1991. Since then, the band has released 8 studio albums and 3 EPs. The band has already sold over 19 million albums to date. Boyd has also released an album as a solo artist. Summing up, his income comes from record sales, contracts, concerts, tours, and endorsements. Besides music, Boyd is a passionate artist. He is extremely talented and had his first solo exhibition in 2008. In 2020, he was set to have his first large-scale exhibition. In conclusion, Boyd earns from his career in the entertainment industry, the majority of which comes from music. At present, his net worth is estimated at around $20 million.

Trivias About Brandon Boyd You Need To Know.