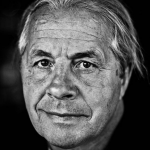 Bret Sergeant Hart better is known as Bret Hart, is a Canadian-American retired wrestler, writer, and actor. A member of the Hart wrestling family and a second-generation wrestler, he has been credited with a changing the perception of mainstream North-American professional wrestling in the early 1990s by bringing the technical in-ring performance of the fore.

What is Bret Hart Famous for? 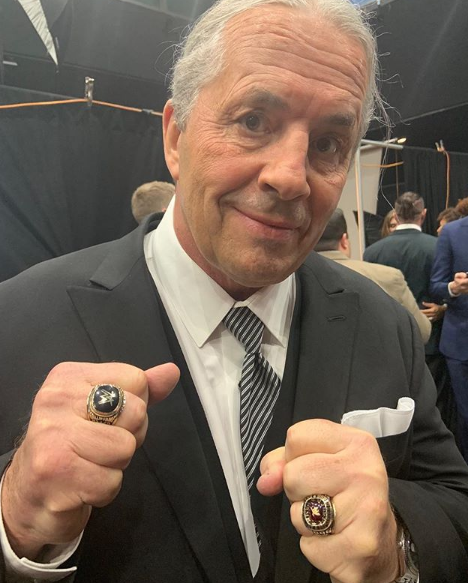 Where is Bret Hart from?

A native of Calgary, Alberta, Canada, Bret Hart was born to wrestler Stu Hart and his wife, Helen. His star sign is Capricorn. Talking about his nationality, he is Canadian and later acquired an American nationality too, since his mother was born in New York. Furthermore, he is of Irish descent through his maternal grandfather and Greek through his maternal grandmother.

Hart grew up in a big family of eleven siblings, seven brothers Smith, Bruce, Keith, Wayne, Dean, Ross, and Owen, as well as four sisters, Ellie, Georgia, Alison, and Diana. His grounding to wrestling came at a tender age. As a child, he saw his father training future wrestlers like Billy Graham in the Dungeon, his household basement which served as a training room. Prior to school, his father had his hand out fliers to local wrestling shows.

When Hart was four years old, he had his first work in wrestling involved pulling out lucky numbers out of a metal box during intermission at the Stampede Wrestling shows. When he got slightly older he would sell programs to the shows, something all his seven brothers would do.

Regarding his education, Bret Hart is a proud graduate of Mount Royal University.

When did Bret Hart pursue his wrestling career?

Awards and Titles of Bret Hart

Who is Bret Hart married to? 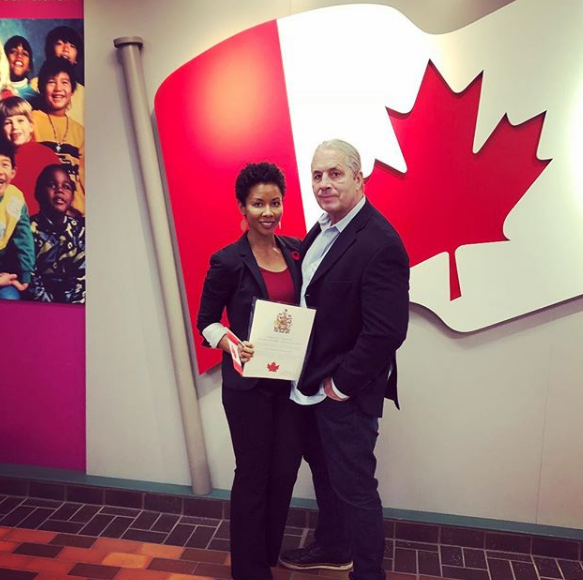 Bret Hart has married thrice in his entire life. He first tied the knot with Julie Smadu on 25th March 1960. The couple welcomed their first child, Jade Michelle on 31st March 1983. The following year on 11th August, their second child Dallas Jeffery was born.

Similarly, they had their third child, Alexandra Sabina Hart and 4th child, Blade Colton Hart on 17th May 1988 and 5th June 1990 respectively.

What's more, the four hearts on the right thigh of his tights signify his children, as do the four dots following his signature. Unfortunately, Bret and Julie parted ways in May 1998. However, they had several brief reunions over the next 4 years. On June 24, 2002, the couple finally divorced just hours before Hart suffered his stroke.

Later two years on 15th September, Hart married an Italian woman named Cinzia Rota. Nevertheless, the two could not carry their marital affair well and ended divorcing in 2007 after failing to agree on where they should live.

How much is Bret Hart worth?

As of 2019, Bret Hart has an estimated net worth somewhere around $14 million. Most of the wealth is generated through his wrestling career. Also, he earns much as an actor and a writer. Furthermore, he is the founder and part owner of the Calgary Hitmen of the Western Hockey League, which definitely adds decent value to his net worth.

How tall is Bret Hart?

Observing his body statistics, Bret Hart is 6 feet 1 inch. in height. Though retired from professional wrestling, he still sports a relatively trim physique. The sexagenarian maintains a body weight of 107 kg (235 lb). His other body information was not disclosed yet. In the case of disclosed, we will let you know.

Trivias About Bret Hart You Need To Know.