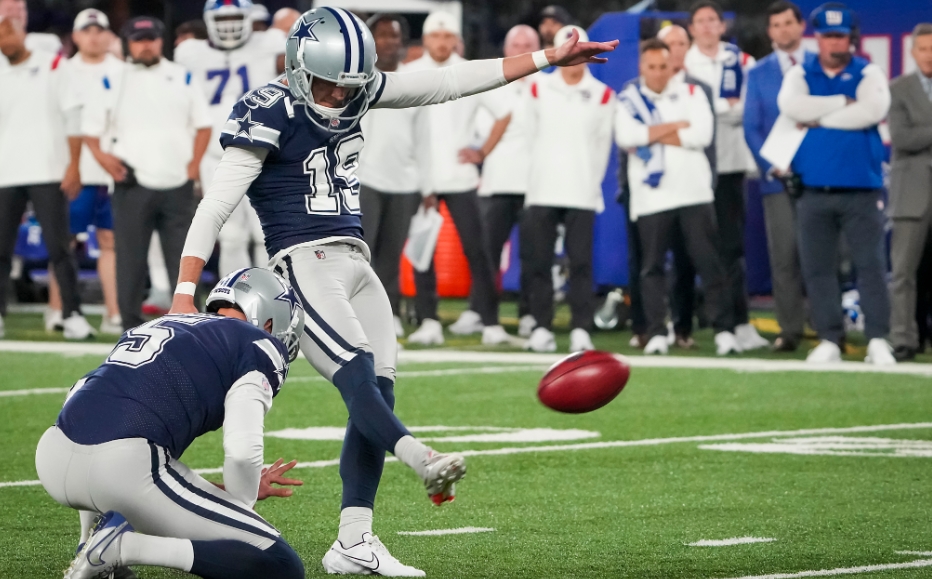 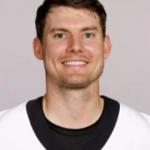 Brett Maher is an American NFL footballer. He is currently playing for the Dallas Cowboys of the National Football League (NFL). His playing position is placekicker. He was initially signed by the New York Jets as an undrafted free agent in 2013. He played college football in Nebraska. He has also been a member of the Dallas Cowboys, Winnipeg Blue Bombers, Ottawa Redblacks, Hamilton Tiger-Cats, Cleveland Browns, Washington Commanders, Houston Texans, and Arizona Cardinals. Brett had an amazing regular season for his present team, Dallas Cowboys, where he missed just 3 kicks but then missed four of five extra point attempts during the Cowboys’ Wild Card Game against Tom Brady’s Buccaneers. He set the record for most missed extra points in a game (4) in NFL history.

What is Brett Maher Famous For?

Who are the Parents of Brett Maher?

Brett Maher took birth on November 21, 1989, in Fremont, Nebraska, USA. He is American when it comes to his nationality and his ethnicity is American-White. Brett is the son of Brian Maher (father) and Peggy Maher (mother). He grew up and spent his early years with his two sisters namely Maggie and Lindsey. He cut his 33rd birthday on November 21, 2022. Scorpio is his zodiac sign as per his birthdate. Maher attended Centennial Public Schools in Utica, Nebraska for his first three years of high school before transferring to Kearney High School, where he played high school football for the Bearcats. Also a basketballer, he was an honorable-mention Class A all-state pick as a senior. In track, he won the long jump and pole vault state championships as a senior, setting a state record in the latter. 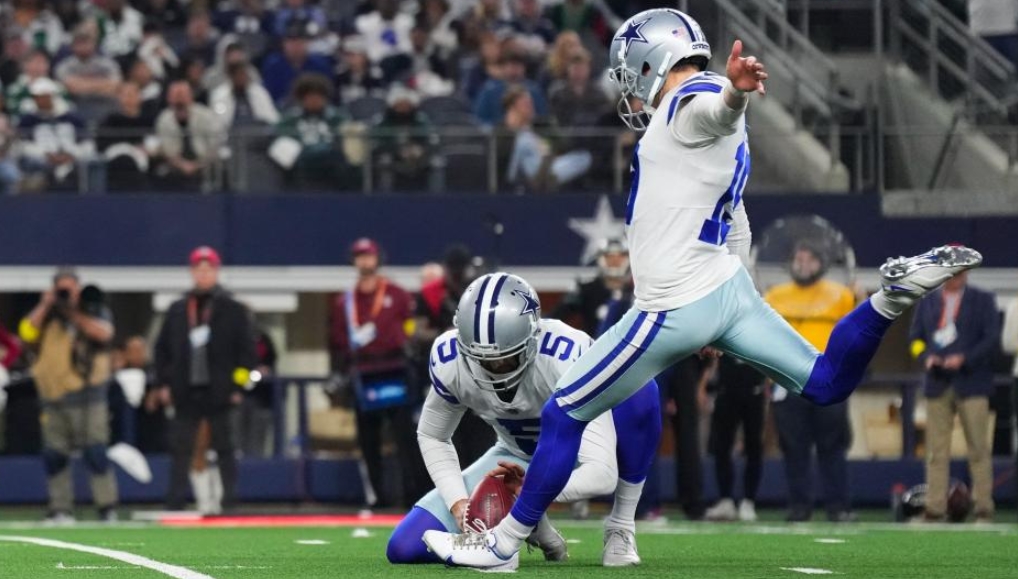 How much is Brett Maher's Net Worth?

Brett Maher is an established placekicker in the NFL who plays for the Dallas Cowboys. As of 2023, the net worth of Brett is estimated to have around $1 million. He signed a 1 year, $965,000 contract with the Dallas Cowboys, including an average annual salary of $965,000. His main source of wealth comes from his NFL career playing for Dallas Cowboys. He is living a modest lifestyle right now.

Who is Brett Maher's Wife?

Brett Maher is a married man. He tied the knot to his beautiful wife Jenna Maher in 2013. At the time of their marriage, Brett was schooling at Nebraska University while playing football for the Nebraska Cornhuskers. They are high school lovers. The happily married husband and wife are also the proud parents of two beautiful daughters - Maela, 9 years old, and Laekyn, 7 years old. 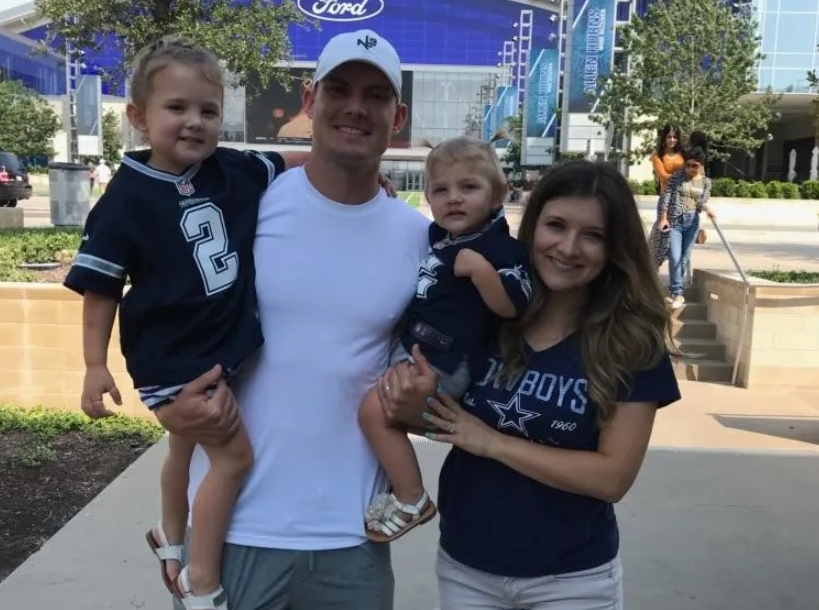 Jenna is very supportive towards her husband and she can be seen at many Cowboys games. The couple is madly in love with each other, as seen in their regular social media posts, sometimes with their daughters. The family of four is living a happy life right now. His sexual orientation is straight.

How tall is Brett Maher?

Brett Maher is a handsome footballer with a standing height of 6 feet or 1.83 m. His body weight measures 180 lb or 82 kg. His body type is athletic. He has dark brown hair color with a pair of pale green eyes. He has got a healthy body and he frequently goes to the gym to maintain his body. He has a wide smile with an attractive personality.

Trivias About Brett Maher You Need To Know.

Where was Brett Maher born?

Who is the father of Brett Maher?

The father of Brett Maher is Brian Maher.

Who is the mother of Brett Maher?

The mother of Brett Maher is Peggy Maher.

What is the net worth of Brett Maher?

The net worth of Brett Maher is $1 million.

What is the salary of Brett Maher?

What is the color of Brett Maher's hair?

What is the color of Brett Maher's eye?