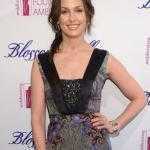 Kathryn Bridget Moynahan popularly known as Bridget Moynahan is an American actress and model. She started her career as a model and appeared in department-store catalogs and magazines and television commercials. She then took acting lessons. She is known for her role television drama series, Six Degrees, and police drama, Blue Bloods. She has over 158k followers on her Instagram.

What is Bridget Moynahan famous for?

Where was Bridget Moynahan born?

Bridget Moynahan was born on 28 April 1971. Her birth name is Kathryn Bridget Moynahan. She was born to Irish American parents, Edward Bradley Moynahan, father, and Mary Bridget, mother. Her birthplace is in Binghamton, New York in the United States. She holds American nationality. She belongs to White ethnicity. Her zodiac sign is Taurus. She has two brothers, Andy and Sean. Her family moved to Longmeadow, Massachusetts when she was around 7 years old.

She attended Longmeadow High School in Massachusetts. She was captain of the girls' soccer, basketball, and lacrosse teams. She graduated from high school in 1989. She later attended the University of Massachusetts Amherst.

After graduating from high school, she started her modeling career.

She had accompanied a friend to a modeling audition in Springfield, Massachusetts. But the modeling agency signed her instead of her friend.

She started appearing in department-store catalogs in Springfield.

She then appeared in magazines, Vogue, Elle, Glamour, and other popular magazines.

She started taking acting and art classes. She studied acting at the Caymichael Patten Studio in New York.

She signed a deal with Garnier in November 2009 to appear in television and print advertising promoting their skincare products (Ultra-Lift).

She made her television debut in a guest role in comedy series, Sex and the City in 1999.

She appeared in the main role as Whitney Crane in Six Degrees between 2006 and 2007.

Six Degree canceled after one season in May 2007.

She landed the main role as Assistant District Attorney Erin Reagan in the police drama, Blue Bloods in 2010.

Blue Bloods is currently in its ninth season.

She has appeared in Going to California and Eli Stone.

She has also appeared television film, Bunker Hill in 2009.

She made her feature film debut in Coyote Ugly in 2000.

Her other major films are Serendipity, The Sum of All Fears, The Recruit, I, Robot, Lord of War, Grey Matters, Prey, Noise, Ramona and Beezus, John Wick, The Journey Home, and John Wick: Chapter 2.

She is a married woman. She is married to businessman Andrew Frankel. They got married on 17 October 2015 in the Hamptons.

She previously lived with screenwriter Scott Rosenberg from 2001 to 2003. She then dated NFL quarterback Tom Brady from 2004 until December 2006. Moynahan's representative confirmed to People in February 2007 that she was more than three months pregnant with Brady's child. She gave birth to a son, John Edward Thomas Moynahan on 22 August 2007.

She then moved from Pacific Palisades, California to New York in 2010 when she was cast as ADA Erin Reagan on Blue Bloods.

What are Bridget Moynahan's Body Measurements?

What is Bridget Moynahan's Net Worth?

Bridget Moynahan earns from working in films and television series. She started her career as a model and has appeared in several television commercials and print advertisements. Working in the entertainment industry is her major source of income. Her net worth is estimated at $25 million, as of 2019.

Trivias About Bridget Moynahan You Need To Know.