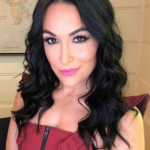 The beauty who had SmackDown many girls and men during her career as a professional wrestler, Brie Bella is a retired wrestler who was well-known for appearing in WWE with her twin sister Nikki as the Bella Twins. Apart from her appearance in the wrestling industry, she has appeared in several movies as an actress Confessions of a Womanizer and The Flintstones & WWE: Stone Age SmackDown!. Let's know more about her through this article.

What is Brie Bella famous for?

When was Brie Bella born?

Recalling her early life, Brie was born in Scottsdale, Arizona to her parents Jon Garcia and Kathy Colac in the year 1983. Her nationality is American and belongs to mixed ethnicity. Also, she has a sibling named Nicole Bella who is sixteen minutes elder than her. As a child, she was an avid soccer enthusiast. While she was in her 2nd grade, she played for Scottsdale clubs. Further, her birth sign is Scorpio. 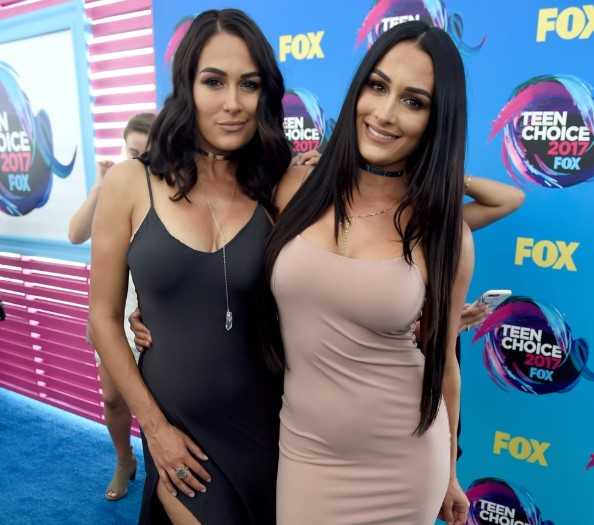 Where is Brie Bella educated?

Concerning her education, Brie received her formal education from Chaparral High School and then she completed her high school graduation from there in 2002.  Before joining the WWE, she and her sister Nikki Bella trained and performed with the Florida Championship Wrestling Association.

What does Brie Bella do?

Who is Brie Bella married to?

Reflecting on her personal life, Belle married to Bryan Danielson. The couple announced their engagement in 2013. The next year the pair married in the spring. Being together for about a decade, They are still rocking the boat with their love for each other. The couple is blessed with a child, Birdie Joe Danielson, born in May 2017.

On January 29th, 2020, Bella announced that she's expecting her second child along with her twin sister Nikki Bella, who also announced her pregnancy the same day.

Previously, she had an unsanctioned romance with the guitarist of the Poison band Richie Kotzen. The couple did not charge well and part up before long.

How much is Brie Bella's net worth?

Being a wrestler by profession, Brie earns a decent amount of money and salary from her profession in the field of the sports industry. Based on some online sites, her estimated net worth said to be $10 million at present. However, her salary and assets details are yet to be disclosed.

How tall is Brie Bella?

Observing her body physics, Brie stands a height of 5 feet 6 inches and weighs around 54 Kg. Similarly, she has a pair of dark brown eyes and black hair color. Further, her body measures 35-25-35 inches and her bra size is 32A. She has 7 (US) shoe size.

Trivias About Brie Bella You Need To Know.