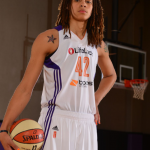 Brittney Yevette Griner excellently known as Brittney Griner is an American professional basketball player for the Phoenix Mercury of the Women's National Basketball Association (WNBA). She joined the WNBA's Phoenix Mercury in 2013 after being drafted first overall; named a WNBA All-Star in her first year with the team. In 2009, she excelled for Nimitz High School's basketball team in Houston, Texas, and was named the #1 Women's Basketball Player in the Country. She also led Baylor University to the 2012 women's national championship and she was named Division I Player of the Year. Griner led Baylor to a national title during the same season that legendary coach Pat Summitt stepped down due to her ongoing battle with dementia. Also, she was named to the United States women's national team for the 2020 Olympics in June 2021, where she won her second gold medal.

Brittney Griner was arrested on drug charges in Russia in February 2022. She was detained at Sheremetyevo International Airport with what the Federal Security Service said was hashish oil, an illegal substance in Russia. There is concern that Russia may be holding her hostage as a response to the Western sanctions amid the Russian invasion of Ukraine. Democratic Congresswoman Sheila Jackson Lee is pushing for her release.

USA Basketball, the sport’s governing body in the US, said on Twitter that it was "aware of and closely monitoring the legal situation facing Brittney Griner in Russia". It added: "Brittney has always handled herself with the utmost professionalism during her long tenure with USA Basketball and her safety and well-being are our primary concerns." The team issued a statement echoing the language of USA Basketball and adding, "We love and support Brittney, and at this time our main concern is her safety, physical and mental health, and her safe return home."

Where is Brittney Griner from?

Brittney Griner was born on 18th October 1990 with the real name of Brittney Yevette Griner in Houston, Texas, the U.S. She is American by nationality and  African-American by ethnicity. Similarly, her religion is Christian and her race is black. Brittney has celebrated her 31st birthday as of 2021 and as per her birth date, her star sign is Libra. She is the daughter of Raymond Griner (father) and Sandra Griner (mother). She has three older siblings named Shkera Griner, Decarlo Griner, and Pier Griner. 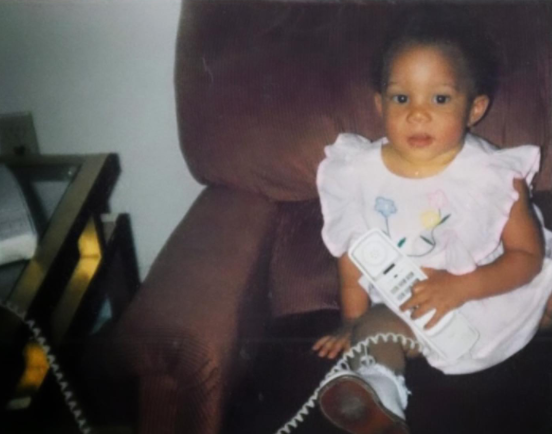 Regarding Griner's education, she attended Nimitz High School in Houston. 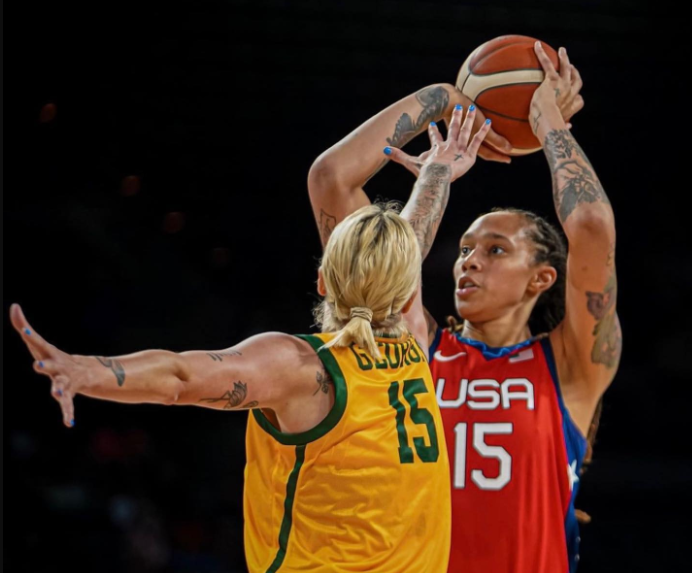 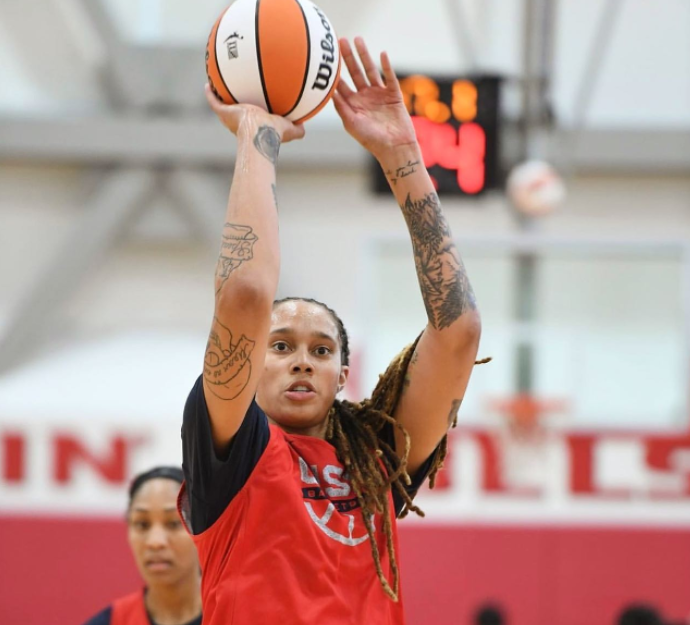 Brittney Griner Wife and Sexuality: Is She Lesbian?

Brittney Griner is a married woman. She tied a knot to a woman named Cherelle Watson, aka Cherelle T. Griner in 2021. In one of her Insta posts, Brittney revealed that she met her wife when they were both at Baylor University. The pair recently celebrated their fourth anniversary. Griner previously announced her engagement to fellow WNBA player Glory Johnson on 14th August 2014. But, they were arrested on charges of assault and disorderly conduct on 22nd April 2015 after police responded to a fight between the two in their suburban Phoenix, Arizona home in Goodyear. Both had sustained some injuries. Later, the pair married the following month on 8th May 2015 in Phoenix. They announced on 4th June 2015 that Johnson was pregnant with twins, conceived with Johnson's eggs through in vitro fertilization. The following day, and after less than a month of marriage, Griner filed for an annulment of the marriage citing fraud and duress; the annulment was denied. Johnson gave birth to twin girls on 12th  October 2015, 16 weeks premature. Griner was ordered to pay child support to Johnson. The couple's divorce was finalized in June 2016. Reflecting on her sexual orientation, she is a lesbian. 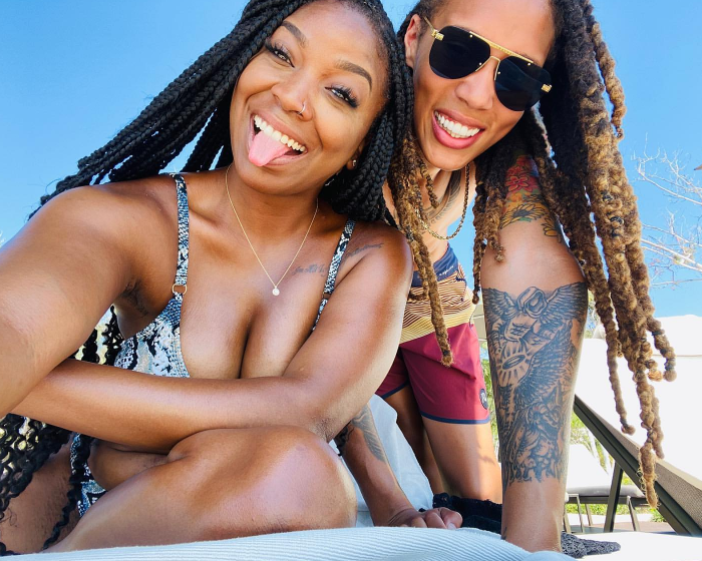 How much is Brittney Griner's Net worth?

Brittney Griner is a versatile woman who has a net worth of $5 million as of 2022. She has played for the Russian team UMMC Ekaterinburg for several years. Griner is set to earn about $228,000 with Mercury in the 2022 season. Her endorsement deal with Nike was the first time the company had signed such a deal with an openly gay athlete. In addition, her major source of income is from her basketball playing career and she is happy and satisfied with the profession she is in.

What is the Height of Brittney Griner?

Brittney Griner stands at a tall height of 6 ft 9 in or 206 cm with a balanced bodyweight of 93 kg or 205 lbs. She has dark brown hair and eyes color. Moreover, Griner has an athletic body build with 30-25-35 inches of body measurement. She has also inked several tattoos on her body which has attracted a lot of people towards her.

Trivias About Brittney Griner You Need To Know.