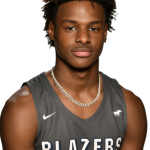 LeBron Raymone "Bronny" James Jr. famed as Bronny James is an American high school basketball player. He is famous for being the eldest son of professional basketball player LeBron James and his wife, Savannah Brinson. He began his basketball career since his early school days. He then attended Sierra Canyon School in Los Angeles. In the year 2014, he played for the AAU level basketball team to the fourth-grade national championship in Kentucky. In fact, he has won Most Valuable player Awards many times. In the year 2017, he has shown his talent in front of John Lucas (former NBA player and coach) in the all-star weekend event. He has also played for the grassroots team in Las Vegas. He has already a certified basketball celebrity. Moreover, he is also a content creator for esports team FaZe Clan. He has worn the number 0 jersey as inspiration from his favorite NBA player Russell Westbrook. Later, he switched to a number 23 jersey in honor of his father's number after he entered eighth grade. His godfather is basketball player Chris Paul, who is a ten-time NBA All-Star.

Recently, the high school athlete has found himself in the spotlight for all the wrong reasons. Bronny James caught smoking up on Instagram, LeBron James and Lakers fans absolutely lose it. In a now-viral clip, the 15-year-old point guard is seen smoking what appears to be a blunt on his Instagram stories. He gases a 2-second video of him smoking, surface online. While the video has been removed from his account, screenshots of the 6’2″ baller smoking have spread like wildfire on social media. The younger James just finished his freshman year at Sierra Canyon School, a private school in Chatsworth, Calif.  Lebron has previously stated that he hopes to play in the NBA long enough to be in the league at the same time as his son. 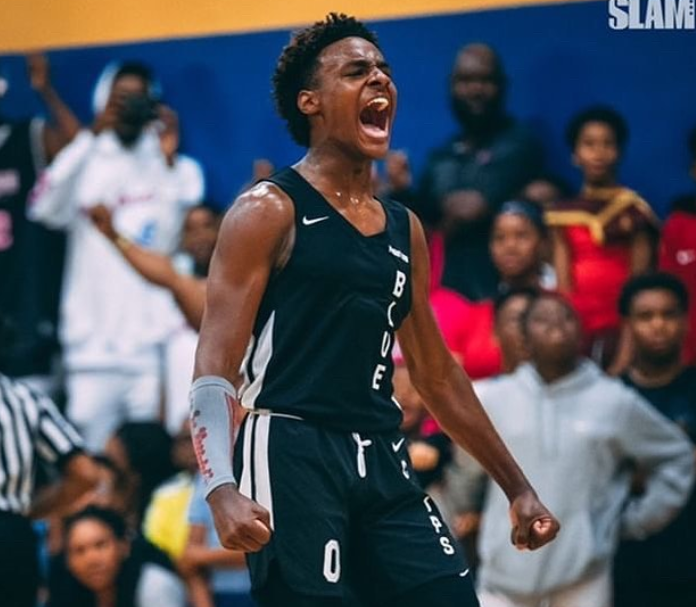 Who are the Parents of Bronny James?

On 6th October 2004, Bronny James was born in Cleveland, USA. As of 2019, he celebrated his 15th birthday. His real name/birth name.full name is LeBron Raymone "Bronny" James Jr. He is American by nationality and his ethnicity is American-African. Libra is his Zodiac sign and his race is black. He is Christian by religion. At present, he is residing in Brentwood, Los Angeles, the USA. He was born to his parents; father, LeBron James, and mother, Savannah Brinson. His father, LeBron James is an American professional basketball player for the Los Angeles Lakers of the National Basketball Association (NBA). His mother, Savannah Brinson was a cheerleader and softball player. His parents were unmarried when Bronny was born. At that time, his father was only 19 and his mother was 18. His parents married on 14th September 2013. He also has two siblings named Bryce Maximus James (brother) and Zhuri James (sister). As per his education, he attended St. Vincent St.-St. Mary High School in Akron, Ohio. After that, he attended Sierra Canyon in Los Angeles. As a child, he played several sports including basketball and soccer, but his father did not allow him to play American football or ice hockey over safety concerns. By 2014, he was featuring in basketball highlight reels that drew national attention and in February 2018, he guided Old Trail School in Bath Township, Summit County, Ohio, where he attended middle school, to an Independent School League tournament win.

Everything You Should Know About Bronny James' Father, Lebron James 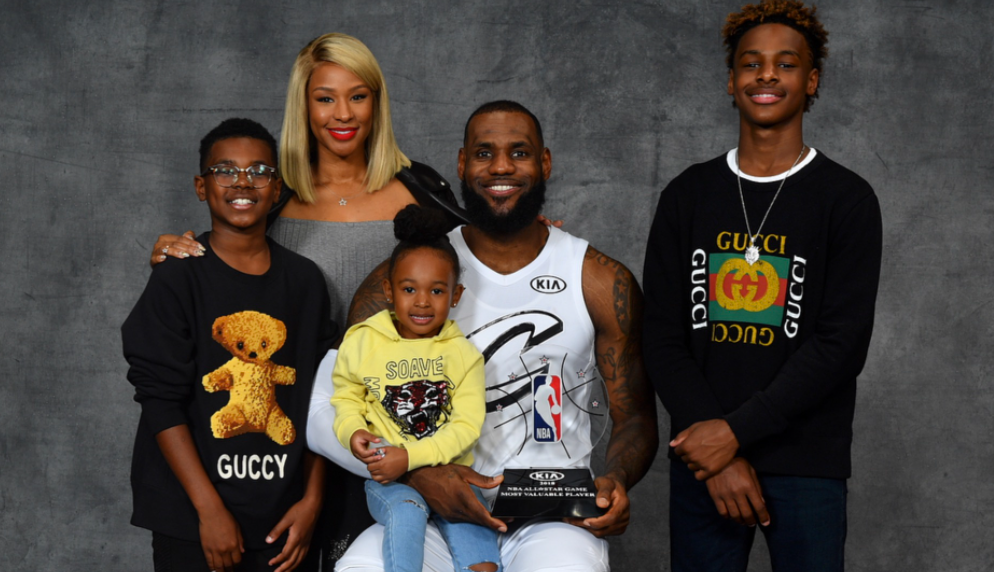 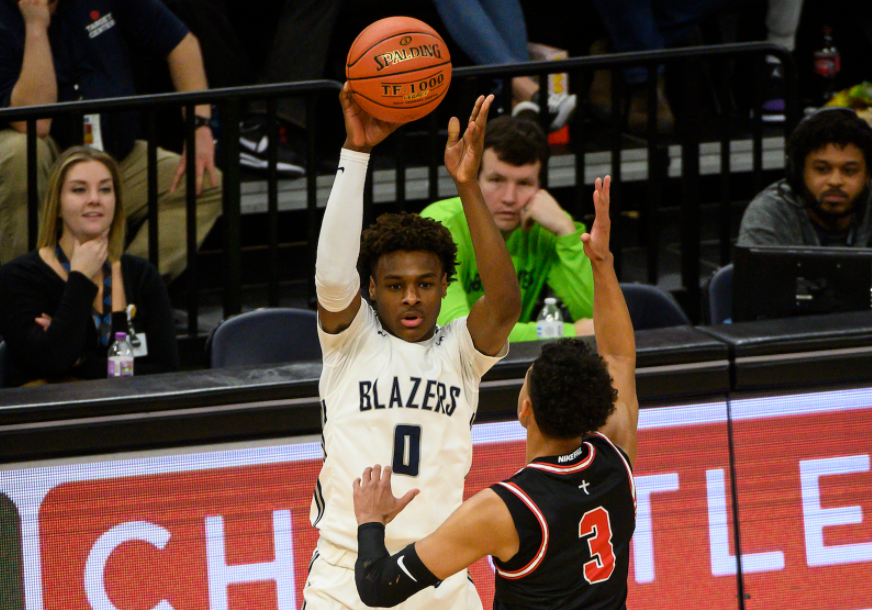 How much is Bronny James's Net Worth?

Bronny James is a high school basketballer who led his AAU level basketball team to the fourth-grade national championship. As of 2020, the net worth of Bronny is estimated to have $10 Million whereas the details regarding his earnings and salary are under review and have not been disclosed yet. Hos source of earning comes from a basketball career. As of now, he is satisfied with his earnings. And he has to go long way in his career. He played so well that sometimes the fans of his father compare him with Lebron James. As per 2018, Jr James was ranked in the top 20 in the class of 2012 National Player Ranking. At a very young age, he has already gained many opportunities through different sponsors. Talking about the net worth of his father, LeBron James, it is $480 Million as of 2020.

Who is Bronny James Dating?

Bronny James is not married yet as he is too young to get married. He is assumed to be single as present as there are no rumors and information about his dating history, girlfriend, relationship with anyone. As of now, he is very focused on his career rather than spending his valuable time making a girlfriend. He loves playing basketball during his leisure time. He is enjoying his present life happily being single. He is straight by sexual orientation and he is not gay.

How tall is Bronny James?

A very handsome and charming basketball player, Bronny James' body build is Athletic. He stands tall at the height of 6 ft 2 in or 188 cm or 1.88 m. His balanced bodyweight consist of 80 Kg or 176 lbs. His biceps size is 14.5 in. His body measurement is 34-28-33 in. His shoe size is 7 US. He has got a pair of black eye color with black hair. He maintains his body a lot by doing frequent exercises and works out. Overall, he has got a healthy body.

Trivias About Bronny James You Need To Know.