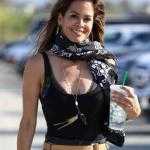 What is Brooke Burke-Charvet Famous for?

Where was Brooke Burke-Charvet Born?

Brooke Burke-Charvet was born on September 8, 1971, in Hartford, Connecticut, United States. Her birth name is Brooke Lisa Burke. Brooke belongs to American nationality and is of mixed ethnicity. Virgo is her zodiac sign.

Brooke Lisa Burke was born in a well-to-do family as the youngest child to George Burke(father) and Donna Burke(mother). Her father is of French and Irish descent while her mother is of Portuguese. However, her father left the family when she was just 2 years. Burke was raised in Tucson, Arizona, along with his sibling by her stepfather in the Jewish religion.

Burke-Charvet attended Sahuaro High School then after Palo Verde High School. She even became homecoming queen in 1989. After high school, she studied broadcast journalism and focused more on her career as a model and actress. 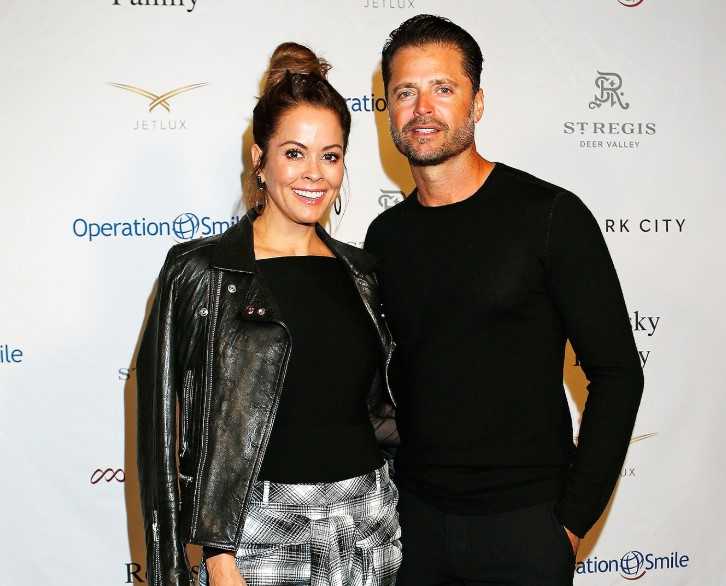 Who is Brooke Burke-Charvet Married to?

Brooke Burke-Charvet is currently dating her new boyfriend, Scott Rigsby. Rigsby is a popular real state tycoon. The couple was officially seen together on the red carpet on November 6, 2019. They were previously captured in Mexico at the Nobu Hotel Los Cabos. Scott and Brooke have children from their previous relationships. 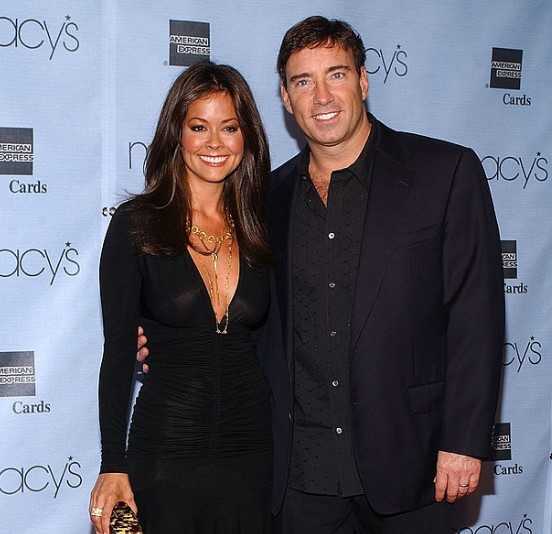 Brooke has been married twice, his first marriage was with Garth Fisher. Fisher is a popular plastic surgeon of the US with whom Burke shares two daughters: Neriah Fisher and Sierra Sky Fisher. However, their relation started in 2001 couldn't last long as they divorced in 2005.

Soon then in 2006, Burke dated popular actor and singer, David Charvet. They were in deep love and they welcomed their first daughter, Heaven Rain Charvet in 2007 and then after son, Shaya Braven Charvet in 2008.

The couple got married officially on August 12, 2011. Brooke officially announced of keeping her name as Brooke Burke-Charvet. Living for more than 7 years together, the couple announced splitting in April 2018. Recently, in March 2020, their divorce was finalized officially.

Besides, on November 8, 2012, Burke-Charvet announced she had thyroid cancer and underwent surgery however, on December 12, she announced of all cancer been removed.

What is the net worth of Brooke Burke-Charvet?

Brooke Burke-Charvet has quite a great earning through her professional career as an actress and model. Burke who has been into the career of entertainment for more than 10 years now has managed to amass a fortune worth million dollars for sure. Her estimated net worth is around $30 million.

Burke earns her fortune from her multiple careers as a TV personality and from her several works in reality shows. Burke has also appeared in men's magazines such as "Maxim", "Stuff", "Playboy", and "FHM". She also earns a few more fortune dollars from her own company, "Baboosh Baby".

Currently, she is living a lavish and luxurious lifestyle with her boyfriend, Rigsby who himself is a million worth real state tycoon.

How Tall is Brooke Burke-Charvet?

The 48 years old actress, Brooke Burke-Charvet has a well maintained slim hourglass body physique. She is a gorgeous lady with light brown complexion, brown hair and black eyes. She stands tall with a height of  5ft. 7inch.(1.70m) while her body weighs around 51kg(112 lbs). Her body measurement is 36-23-34 inches.

Trivias About Brooke Burke-Charvet You Need To Know.