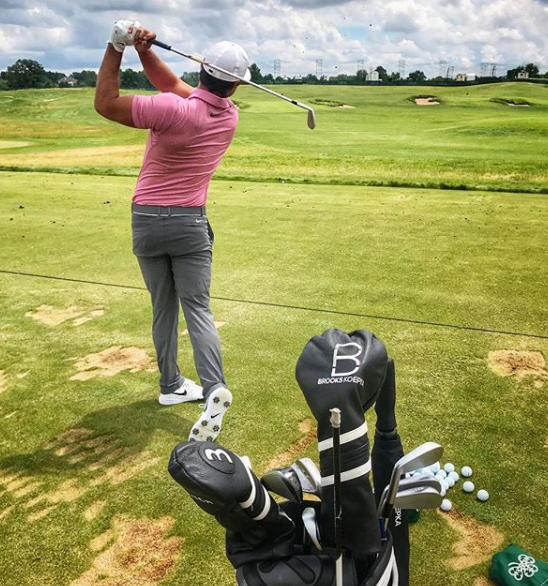 "Brooks Koepka, the World's Best Golfer Seems To Be Immensely In Love With Golf More Than His Girlfriend Jena Sims?"

When a person keeps improving at what he/she does, the person easily wins the heart of fans all around the world and gathers more and more important in his/her field. The given quote quietly reflects the life of professional golf player Brooks Koepka who has achieved a great reputation of an unpredictable player throughout his golf career.

The Florida native Koepka having the 8th position in the global ranking is one of the world's best golfers of all time. He has been focused on his career than anything else.

Brooks Koepka, an American golfer has a handsome income from his golf career and endorsements as well. Koepka has an estimated net worth of $18 million. He has also earned millions, from different endorsements. Koepka ranks 54th on the PGA Tour’s career money list with $24,583,929 in earnings, and he leaped into the top 50 after his finish at the 2019 PGA Championship.

He’s got three major championships already to his name, and he has a fourth championship in his name, this week after winning the 101st PGA Championship at Bethpage Black on May 18, 2019. 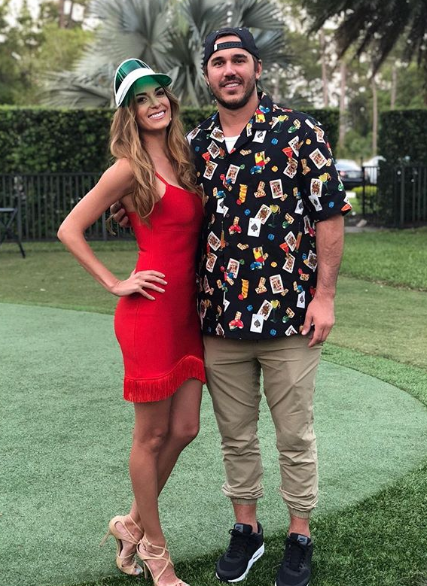 Where is Brooks Koepka?

Brooks Koepka, the Terminator ostensibly sent from the future to destroy all competition in golf after winning the 101st PGA Championship, explained his major methodology thusly:

"I think I'm more focused than anybody out there," Koepka said on Saturday, May 18, 2019, at the PGA Championship. "I think I'm tunnel-visioned."

On entering Saturday's third round with the best 36-hole score in major championship history and with seven-shots advantage heading into the final round at Bethpage Black left any doubt, Koepka illustrated that strategy in front of the cameras on Sunday afternoon on May 19, 2019.

It was Koepka’s laser-focus that finally subsided after four days of stellar play at Bethpage. The win this week marked his fourth victory in his last eight major championships.

Koepka and His Love: Jena Sims?

After hugging his parents, Koepka found his girlfriend Jena Sims to celebrate another major victory with a kiss. The famous PGA champion Koepka has been in a relationship with Jena Sims for a long time though they don't have any similarities at all not even in the age.

We have first introduced to Koepka's beloved Jena Sims two years ago when Fox announcer Joe Buck accidentally called her the name of one of Koepka’s ex-girlfriends "Becky Edwards" after Koepka won the 2017 U.S. Open.

Sims has her own successful career as a model and an actress. She has appeared in movies, TV shows, and commercials, and has won the "Miss Teen USA competition" in Georgia. Sims has been a good luck charm and a great supporter to Koepka's career as in almost all the championship that Koepka attends Sims is seen alongside him.

Recently, in April 2019 after finishing another major championship, Koepka and his girlfriend Jena Sims appear to have taken a vacation together. She posted a fairly racy shot of the couple on the beach on her Instagram page.

On account of their relationship, Sims has been open enough to show how they have been each other's support and love as she has been posting her skinny bikini photos on her Instagram with a caption mentioning Koepka or his championship.

“He’s very aware of his success and the timing of our relationship,” Sims said on Saturday. “I can’t take the credit for that. All I can do is make him happy. I’m quirky and weird, I like to make him laugh. I encourage him to be himself.”

However, Sims grabbed a bit of viral attention during the final round of the PGA Championship on May 18, 2019, when cameras caught her walking side-by-side with her boyfriend and getting denied not once but twice for a pre-round good luck kiss. Brooks visibly turned away as Jena tried to give him a kiss,

all in full view of the cameras. The short clip went viral online, with a bit of ribbing toward Sims for getting denied so publicly. Sims seemed to be unhappy with his reaction but Koepak after winning the championship went on for her with a victory kiss that sorted all misbelieves.