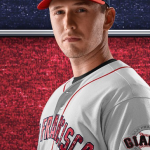 Buster Posey is an American former professional baseball player who spent his entire twelve-year Major League Baseball (MLB) career with the San Francisco Giants, from 2009 until his retirement at the conclusion of the 2021 season. His playing position was a catcher. He was selected by the Giants with the fifth overall pick in the first round of the 2008 MLB draft. Posey made his MLB debut on September 11, 2009. As a rookie, he finished with a .305 batting average, 18 home runs, and 67 runs batted in. He caught every inning of the playoffs as the Giants won the 2010 World Series. He won his second World Series in 2012. In 2013, Posey signed a franchise-record eight-year, $167 million contract extension with the Giants. He won his third World Series the following year as the Giants defeated the Kansas City Royals.

Where is Buster Posey From?

Buster Posey was born on 27th March 1987, in Leesburg, Georgia, the USA. He holds American nationality and his ethnicity is American-White. His born name is Gerald Dempsey "Buster" Posey. He celebrated his 35th birthday as of 2022. He is the son of Gerald Dempsey Posey II (father) and Traci Posey (mother). He was the eldest child of his parents and had a sister named Samantha Posey and two brothers named Jess and Jack Posey. He and his family grew up Methodist Christian. Posey has an uncle who is a Methodist minister and an aunt who is a camp minister for Duke University. Posey attended  Lee County High School, where he played football, soccer, basketball, and baseball. As a junior at Lee County High School, Posey pitched and played shortstop. In his senior year, he batted .462 with 40 RBIs while setting a school record with 14 home runs. After his senior season, Posey was named the Georgia Gatorade Player of the Year, the Louisville Slugger State Player of the Year, an EA Sports All-American, and a Baseball America All-American. He graduated with a 3.94-grade point average in high school, fourth in his class of 302 students. He played college baseball for the Florida State Seminoles under coach Mike Martin. He played shortstop as a freshman at Florida State, starting all 65 games for the Seminoles. He finished his freshman season with a .346 batting average, four home runs, and 48 RBI. As a sophomore, he moved to the catcher position at the suggestion of assistant coach Mike Martin Jr. He batted .382 with three home runs and 65 RBI. During the college offseason, he started at shortstop for the Yarmouth-Dennis Red Sox in 2006 when they won the Cape Cod Baseball League championship and started at catcher in 2007 when they won another championship. 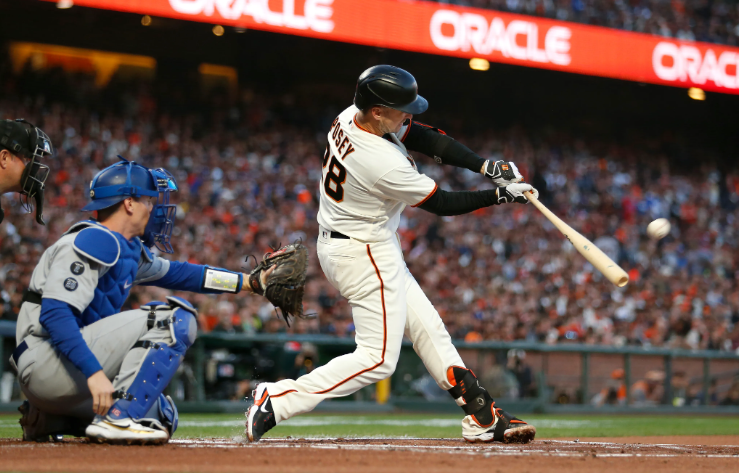 Who is Buster Posey's Girlfriend-Turned-Wife?

Buster Posey is a married man. He tied a knot with his high school sweetheart, Kristen, on January 10, 2009. The couple met each other in their senior high school year while taking the SATs. They went to the senior prom after Buster requested Kristen and have been dating since then. Buster and Kristen dated for about four years before getting married. They had twins (a son, Lee, and a daughter, Addison) in 2011. They adopted twin girls in 2020. Posey and his family lived in the East Bay during his career. After announcing his retirement, Posey and his wife sold their East Bay home and moved back to their home state of Georgia to be closer to their relatives. The family is enjoying their present life a lot. His sexual orientaiton is straight and he is not gay. 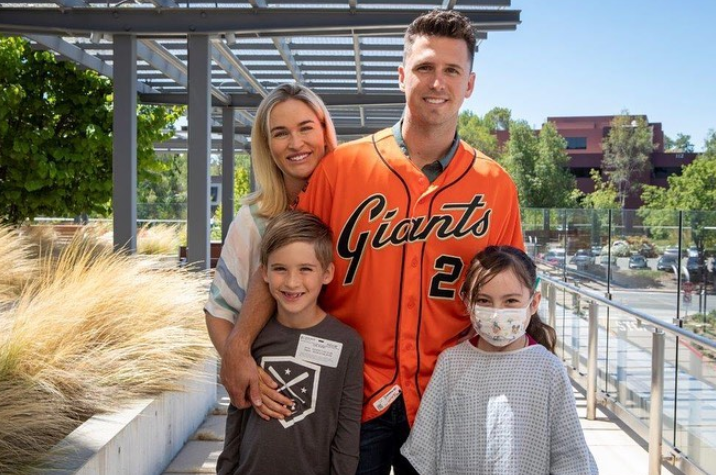 How much is Buster Posey's Net Worth?

Buster Posey is a former American professional baseball catcher whose net worth is estimated to have $50 million as of 2022. He was signed to Giants with a $167 million, nine-year contract with an average salary of $19,875,000. The contract included a $7,000,000 signing bonus, $159,000,000 guaranteed. In his 2021 season, he was making a base salary of $21,400,000 and total earnings of $22,177,777. He has so far made earnings of $107,615,000 from salary and bonus in MLB. He also owns a house in Lafayette, California, bought for $4.6 million in 2013. He has endorsement deals with various brands and is the brand ambassador of a car company, Toyota. He can be seen in the commercials promoting the brand. He also owns cars; Toyota Highlander and Audi. His main source of wealth is from his baseball career and he is living a lavish lifestyle at present.

What is Buster Posey Height?

Buster Posey is a talented baseballer who stands at a height of 1.85 m with a bodyweight of 97 KG. His body type is athletic. He has a pair of hazel green eyes with dark brown hair. His chest size is 40 in, waist size is 32 in and biceps size is 15 in.

Trivias About Buster Posey You Need To Know.